Very different outcomes for two Israeli billionaires involved in mining corruption scandals in Africa speak volumes about the governments involved, and reveal key injustices in the extraction sector. Beny Steinmetz was convicted in Switzerland, receiving hefty fines and jail time, while Dan Gertler, who had been heavily sanctioned by the US treasury had restrictions lifted in Trump’s final days. 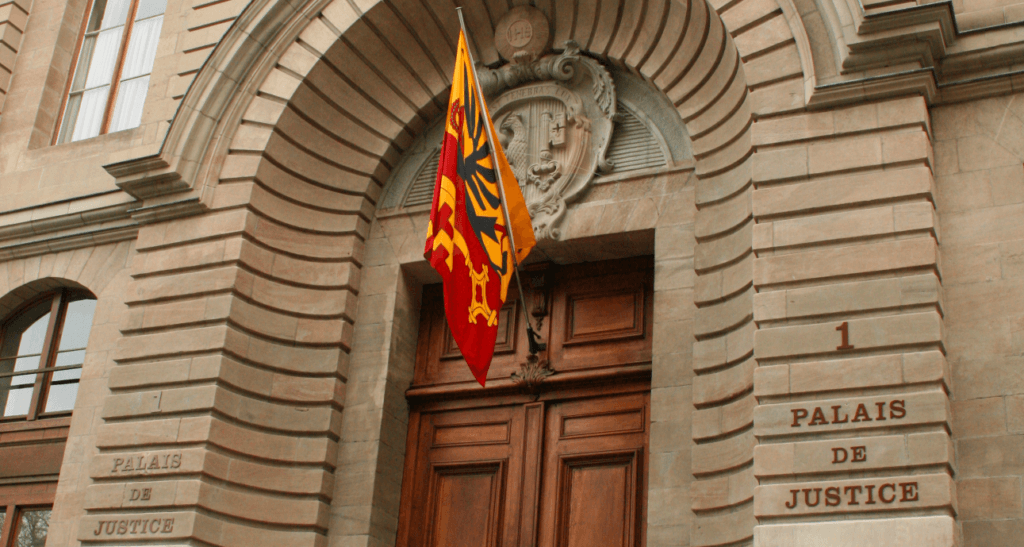 Caught walking down the steps of Geneva’s main court (the aptly named Palais de Justice, or Justice’s Palace) diamond mining magnate Beny Steinmetz gave no outward indication of remorse or shame on Friday. Despite the court having just assigned a hefty sentence including 5 years jail time and over $56 Million in fines to the Israeli-French Billionaire, he claimed to be the victim of an “injustice” and his lawyer was already speaking of an appeal.

Another Billionaire with a fortune founded in the extraction industry, Dan Gertler, faced a different set of sanctions for his involvement in a bribery/permit scheme in the Democratic Republic of Congo (DRC) several years ago from the Department of the Treasury in the US. Only to find this month a Treasury amenable to forgiveness, lightening sanctions and restoring bank account access after years of successful lobbying by lawyers close to the Trump administration a mere five days before the latter left office.

Anyone who follows the mining news has to be familiar with frequent allegations of corruption, especially in the developing world. What is it about the mining industry that makes it a magnet for these massive scandals, and what can we learn from these two Billionaires very different brushes with justice?

Lets begin with the older case, in which the Billionaire Dan Gertler saw assets associated with him and his business frozen by the US treasury under the newly expanded Magnitsky law of 2016. Designed to tackle the financial resources and movements of individuals or companies involved in international “gross violations of human rights” or “substantial corruption,” Gertler’s case was one of the first successful applications of the law by the US treasury.

Legislation which Canada also enacted in 2017, following suit with the “Justice for Victims of Foreign Corrupt Officials Act,” though it has largely been focused on Russian and Venezuelan officials. Choosing to focus in its prosecutions, more on human rights abuses in nations like Myanmar, than the corruption charges brought against the Israeli billionaire.

In Dan Gertler’s case, the Israeli billionaire mining magnate was under investigation for the acquisition of a number of lucrative mining properties and rights in the DRC. Allegedly using ties with the then president Joseph Kabila to secure “opaque and corrupt mining and oil deals” which let him accumulate massive wealth. He became a sort of middleman for the state’s mineral resources for international companies, and used a system of offshore companies and shady dealings to facilitate the transactions. The entire affair is estimated to have cost the DRC government billions of dollars in lost revenue or income.

It seemed that at least some justice had been done when the treasury froze much of Dan Gertler’s accessible wealth in the US, but now that decision has been temporarily overturned, rendering it all but toothless. Thanks to impressive lobbying from a cadre of lawyers, some of which have ties to Trump or his administration, the Treasury lifted their restrictions just a handful of days before Trump was replaced as US president by Biden.

While it is unclear how the situation might change under the Biden presidency, the billionaire is certainly breathing a little easier now. Is this evidence of further corruption? A one off pardon from a crony? A flaw in the system? Or could it be evidence of a deeper systemic problem? Most likely some mix of all of the above. Perhaps some lessons can be learned from the latest step in a similar process across the pond, where another Israeli (and French) Billionaire just got handed a stiff sentence for similar crimes.

Steinmetz gets prison sentence for mining corruption in Guinea

Last week concluded the multi stage process of trying another Israeli Billionaire for corruption charges associated with mining permits in the Swiss courts. Normally famed for their lax banking laws, the Swiss have been coming down hard as attention and political will shifts towards a more responsible approach to human rights and corruption. The ruling on Friday was no exception: 5 years in prison, plus $56.5 million in fines. Nothing that the French-Israeli billionaire cannot afford, but far more than just a slap on the wrist.

In many ways, this echoes the decision taken by the US treasury in 2017 for Dan Gertler, as do the elements of the case. Steinmetz was accused, now convicted, of using bribes (and falsifying documents to do so) to secure contracts for an iron-rich region of Guinea under the regime of its previous president through the President’s wife. The West African nation may not be as often in the spotlight as the DRC, but their mineral wealth is an important part of their developing economy and the deal may also have cost them billions in foregone profits, permits, and mineral rights. It’s no surprise the newer government of the nation decided to look into the whole affair, sparking off the now international inquiries and trials.

The ruling is certainly a landmark for Switzerland and a step in the right direction for justice for corruption endemic in the lucrative mining industry. Yet Steinmetz, and his lawyers, seem confident that the ruling will be overturned in appeal, and they may be right.

Corruption in the mining industry is hardly new, in fact, facing consequences for that corruption on an international scale is far more recent of a phenomenon. Because of the highly lucrative, yet sometimes speculative nature of the extraction industry (whether it is oil, diamonds, or iron) mineral rights may go for a fraction of the final value of the resources withdrawn, or for far more. Companies have an incentive to seek out ways around the high entry costs, and some governments have an incentive to let them.

Corruption is an important source of cash for governments that rely on corruption of their own to stay in power. Non-earmarked funds can go a long way towards retaining personal control over armed forces (or setting up a slush fund for the days when you get ousted from power). These governments also may not be around long, and so, why worry about the lost mineral values of future years? Lost mining revenues are someone else’s problem, especially when you stand to win in the short run.

Western democracies however rely on very different incentive structures. Governments are held up both by proper and full taxation (something the US is still struggling with for large corporations) and democratic popularity. So when nearly half of Switzerland gets close to voting for a law to punish domestic companies for human rights problems in mining with trading or business partners, politicians take notice. Perhaps that is why they are keen for a show of force against Steinmetz, just as the US under Trump, worried about allegations about corruption in Russia and abroad, was keen to punish an obvious perpetrator. But as the years move on and the population forgets, clemency may be more lucrative.

Just as corrupt governments have a financial incentive to accept the lucrative bribes, democracies may have one to relax their punishments as time moves on. If the public outcry has lowered, and the government has shown their intentions to enforce the rules they depend on, they then have an incentive to show clemency. The US wants Dan Gertler’s mining money moving around their economy, producing wealth. Steinmetz is one of the richest men in Israel and brings wealth to a slew of countries across Europe. Perhaps in six months or a few more years, the appeal will be completed, and chances are he won’t serve much jail time.

In the end, perhaps the signal is more important: dictators and corrupt presidents want to encourage the cash to flow, while democratic governments need to keep the payments above the table, and their populations happy. It’s not a cycle we are likely to see disappear anytime soon, unfortunately.

PrevPrevious postReality check: VR conferences and virtual offices are not the way forward
Next postThe problem with esports tournament organizersNext