Are Jay-Z’s $50 joints the future of Cannabis?

Over the past week, Jay-Z has unveiled his heavily publicized range of new cannabis products. In branding them with the name Monogram, the artist wants to differentiate them as high-end cannabis products. And, at $50 a pop, the famous pre-rolled joint called "OG Handroll" has definitely caught the eye of cannabis enthusiasts. Given its price, it is more of a collector's item than a simple "Blunt!" 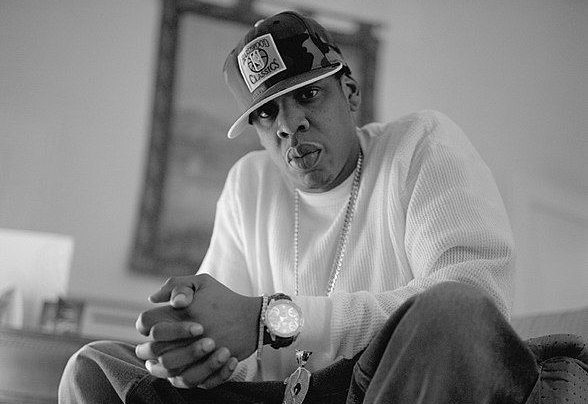 One of the most famous rappers on the American scene has recently gone green. A formidable businessman, Jay-Z has a highly diversified investment portfolio: after alcohol, art, and real estate, Beyoncé’s husband recently launched his marbles in the successful hemp industry. Jay-Z, whose real name is Shawn Carter, has started his own cannabis production company. Called “Monogram,” the artist’s brand name wants to distinguish itself by offering high-end cannabis products.

Over the past week, Jay-Z has unveiled the products of his new brand. Sold at $50 each, the famous pre-rolled joint called “OG Handroll” was a particular eye-catcher for cannabis enthusiasts. It must be said that at this price, the product is on its way to being qualified as a collector’s item rather than a simple “Blunt!”

Although it is not rolled by Jay-z himself, it is still hand-rolled by highly skilled craftsmen and contains 1.5 grams of herb. What’s new? The novelty is that the company has implemented a “special rolling” technique. It wants to offer grass consumers an experience that draws its inspiration from the greatest top-of-the-range cigars.

Jay-Z explained that these joints are made from small flowers and should be enjoyed properly (even over several sessions). It remains to be seen whether they really do burn like a precious premium cigar or whether it’s just a selling point. “I created Monogram to give cannabis the respect it deserves by highlighting the considerable work, time, and care that goes into making a premium smoke. Monogram products are a superior level of quality and consistency and we’re just getting started,” the billionaire rapper said in a statement to CNBC.

Is Jay-z really trying to redefine cannabis use?

The concept of Jay-z and his new brand deserves salvation! The rapper has always been able to market his products to perfection. The proof is that the brand’s first products didn’t fail to make a splash. However, it should not be overlooked that this premium orientation can cost the brand a lot of money. The latter claims to be in the premium range, which could easily cause it to lose a large majority of recreational substance users. Consumers are not all unanimous on the particularity of smoking a joint manually made by an expert “artisan”.

However, the iconic rapper’s company is doing its best to be flexible. It offers other products at lower cost to consumers, including the “Loosie Preroll Pack” which contains four joints of only 0.4 grams of marijuana for $40. It has also made available unrolled cannabis varieties for sale at prices ranging from $40 to $70. This may be a way of seducing and reassuring a larger number of consumers, at least also those who are primarily concerned about the superior quality of the product rather than the “special rolling” process.

Cannabis… or the artists’ favorite business.

As more and more countries are legalizing cannabis for recreational use, this increases the potential of the hemp market and its current popularity.

Artists such as Jay-Z, Snoop Dogg or Rihanna are taking advantage of their artistic status and cultural influence to invest in this business and increase their fortunes.

The Canadian rapper, Drake, has also taken advantage of the legalization of cannabis in Canada and joined the clan of celebrities who are doing it. He joined forces with Canadian producer Canopy Growth to launch the More Life Growth Company, a cannabis producer in Toronto.

The craze around cannabis obviously plays in favor of its artists. That said, it is also beginning to take a global reach, and this is thanks to them! But above all thanks to the awareness of the benefits of this natural plant, which will gradually lead us to experience the next wave of legalization of cannabis in the four corners of the globe.