Conservatives and Liberals are clashing over the role of the Bank of Canada in the Covid-19 recovery. As the primary buyer of government debt, they are effectively bankrolling many of the fiscal stimulus, and safety-net, measures the government claims are keeping the economy afloat; while the opposition worry about the long-term consequences. Let's see what recent evidence can clarify. 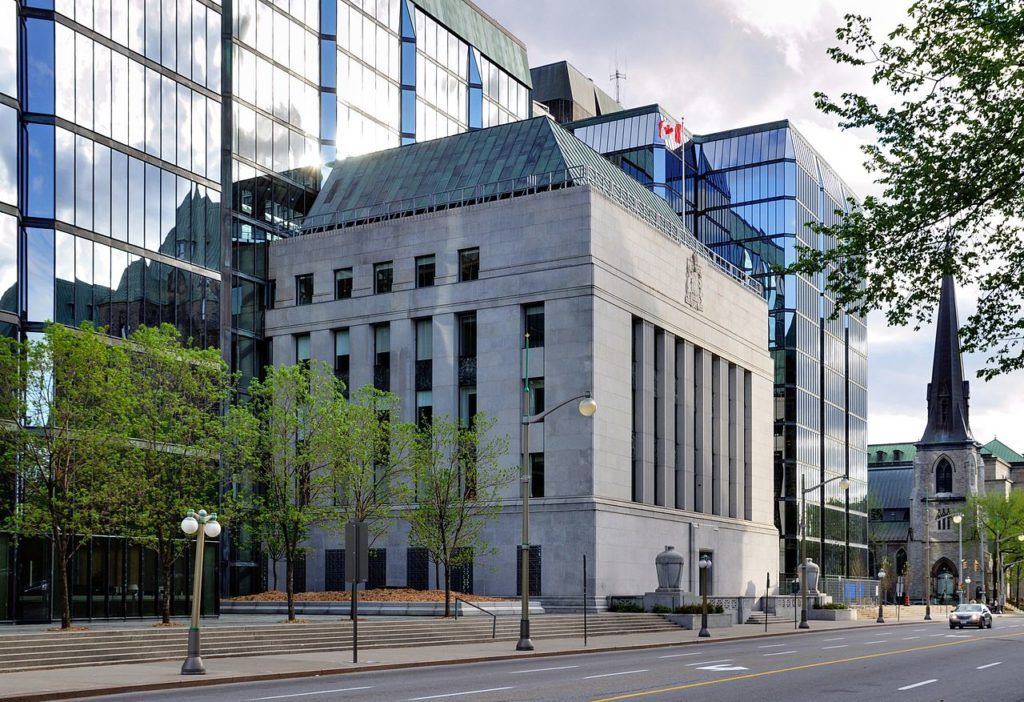 Pierre Poilievre made headlines this week critiquing the central bank for becoming ‘an ATM’ for Trudeau spending. The conservative financial spokesperson and lawmaker made clear his disapproval of the Bank’s continued support of what he sees as reckless government spending. Yet the Bank of Canada has long prided itself on its independence, and few can deny its crucial role in the recovery.

Dragging the Bank of Canada into political questions surrounding the economic recovery may be just one more move in the carefully orchestrated political dance taking shape in Canada. The main parties are positioning themselves as pro-recovery (of course), but differ on how to accomplish it. While ideologies are certainly playing a significant role in their stances, we prefer to look at the facts.

How is the Bank of Canada doing, and are we starting to see promising progress from its measures, or worrying signals from its behaviour? But first a quick look at their arguments.

The debate is about posture and ideology as much as policy

The conservatives are taking an unusual step in targeting the central bank directly, but they seem to be trying to pressure them into putting the brakes on Trudeau’s spending. Alternatively it can be seen as a way of steering the debate away from the spending itself (which might require critiquing popular recovery aid) and towards its long-term impacts.

Here Poilievre seems to be on home turf, arguing about deficits, quantitative easing, and of course, the inevitable inflation. The argument is pretty straightforward, with the bank propping up government spending, the nation is effectively printing money, which will invariably lead to inflation. The inflation in turn will undermine the recovery, curtail spending, sabotage investment, and generally wreak havoc. It’s an ideological principle beloved by conservative politicians and economists alike, and has been used as an argument for reigning in government spending long before the pandemic.

Meanwhile, the government’s riposte is just as straightforward: the spending is a necessary lifeline to keep the economy functioning, avoid crumpling demand, and encourage recovery. When the economy is operating so far below its potential, pushing on it with injections just won’t hurt inflation. Better yet, it will provide the spending necessary to keep Canadians from suffering twice as hard from the pandemic. Though it too is a carefully calculated political move.

There is no doubt that both arguments have some merit, and even the conservatives are reluctant to attack many of the recovery efforts whose main popular critique has only been that there is too little, not too much help.

What does the central bank of Canada have to say?

The Bank of Canada, unsurprisingly, does it’s best to stay out of the political debate, making, as of publishing, no official statement in response. So far, it has stuck to its guns, reaffirming its commitment to target inflation (its nominal purpose). It has pointed out the need to buy government debt is as much motivated by goals of stability as recovery.

If the central bank of Canada does not, the economists point out, government spending could then start running up the interest rates. Private borrowing being crowded out by government borrowing could be further harmful towards the recovery, and could also contribute to missing inflation targets. They still see their role as straightforward, even if further complicated by the severe and unprecedented crisis. But so is everyones’.

Clearly, we will need to look beyond the bickering politicians and tightlipped bankers, and examine the data to see whether the conservative worries are founded, and whether the government spending is working.

What does the evidence have to say on the central bank’s role in recovery?

First of all, if we look at the latest news from the central bank itself, they seem to be seeing promising enough recovery on the horizon. This week they continued tightening up recovery lifelines and curtailing some of the extreme measures taken early in the crisis to keep Canadians solvent. They pointed out that the policies were no longer desperately needed, with the recovery gaining momentum, especially when it comes to financial liquidity.

Their argument did, however, seem to take a jibe at the current government spending plan. Most notably, when Ian Pollick of the Canadian Imperial Bank of Commerce, argued that the  “quantitative easing and unconventional policy must adapt to that reality.” He seemed, if not to be leaning towards the conservative perspective, to be cautioning the government as they approach their next big recovery bill.

That said, the policies seem to have been working, and pulling the rug completely is highly unlikely. We can see their effect in the insolvency rate, which is actually at its lowest since 1997; in complete contrast with the downward economic turn and high unemployment rates, which Canadians can certainly thank the government for. The emergency income support helped keep millions of heads above water.

Ordinary Canadians certainly seem to be eager for more assistance, and big businesses are not far behind. The government has helped major car manufacturer Ford Canada through intense negotiations with unions, promising and delivering millions in federal and provincial funds. Keeping jobs going and factories running, as well as steering the automobile industry towards greater sustainability, is a lofty goal, and judging by the fact that more Fiat Chrystler seems next in line, the policy is a successful and popular one.

What about the long term impact of Bank of Canada easing?

The main conservative argument, however, is not about the short or immediate term, but the long term impact of ‘reckless’ behaviour. Unfortunately, long-term consequences are tough to see in the short run. There are a few indicators we can look at.

First of all, the inflation rate, that conservative boogeyman, has been well below previous years so far. It actually hit negatives in the worst of the pandemic, and has been well under 1% since. This is far from the central bank’s targeted 2%. This is despite the growing recovery, and is a good sign that the Bank of Canada’s policies are working, so far.

Obviously there is no perfect prediction, but one thing we do know for sure, the politicians are only likely to debate the issue more as time goes on. Let us hope they keep their focus not on ideology, but the impacts of their decisions on ordinary Canadians and Canadian businesses.

PrevPrevious postQ-Energy and CDPQ solar energy deal, a good sign for renewable energy?
Next postWhat is anonymous trading and why some people prefer it?Next