Motley Fool will hit a big milestone in the coming weeks: 1000 posts dedicated to investing superstar Warren Buffett. But with more than half of these posts being dropped in the last few months, we need to ask: what’s driving the Fools' proclivity for reporting every Buffett move? Is it a desire to deliver pertinent advice, a compulsive celebrity obsession, or something entirely different? 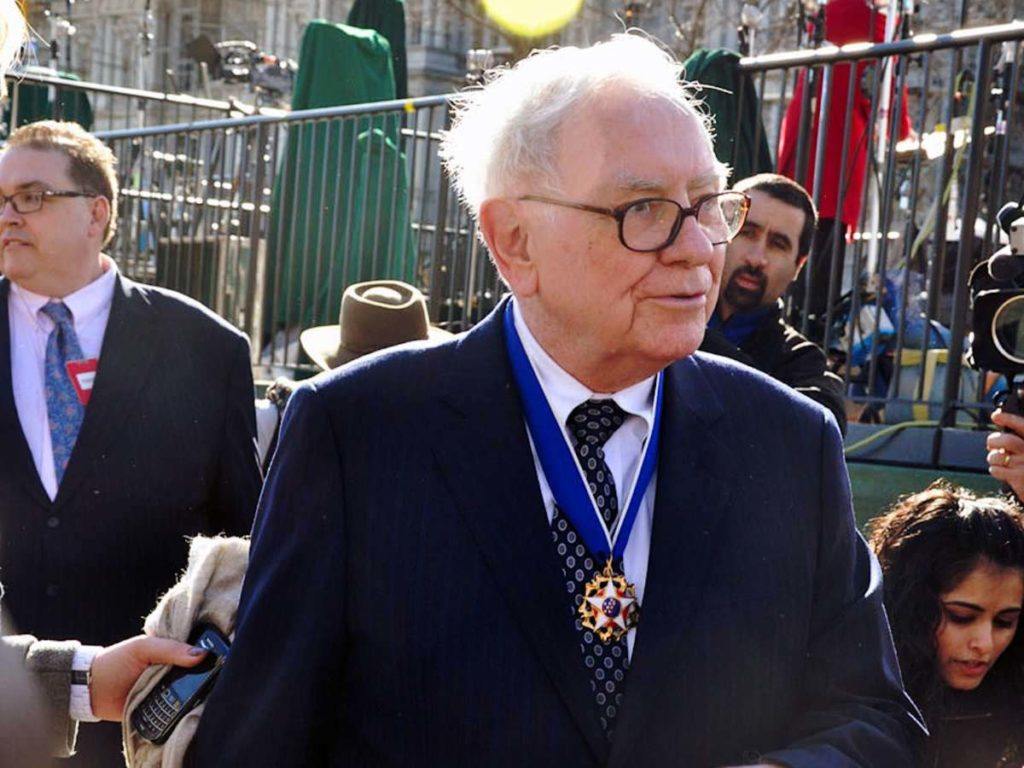 Just in case you haven’t picked up on it yet, it looks like Motley Fool is in love with Warren Buffet. How much? Like, a lot!

Just like a bunch of tweens and teens frothing over “Biebs” (national hero—or embarrassment, depending on who you ask—Justin Bieber), the Fools resemble a mob of pathological obsessives preoccupied with Buffett’s every move.

Here’s but a small sample from just the last few days:

“Warren Buffett: This Stock Is the Buy of the Decade!”

“Warren Buffett: A 2020 Market Crash Could Be Your Chance to Make Millions”

“Warren Buffett: Does the Oracle of Omaha Have a Preference for President?”

But I do not take you for a bunch of fools (even if you do read the Fools). I know my liberal-arts-style qualitative analysis cannot possibly satisfy the rigor demanded by investors. Thus, I depleted Canada’s banana stocks and hired a motley pack of monkeys to meticulously sift through every Motley Fool post from the beginning of time.

First up, Motley Fool is one lean, mean, content producing machine. Last month alone, they churned out a grand total of 1251 articles about miscellaneous topics of interest. Things like stocks, investments, and, of course, Warren Buffett, Warren Buffett, and… Warren Buffett.

Eighty-two posts in total, in fact. The Motley Fools dedicated eighty-two posts to their apparent pop idol, the Oracle of Omaha. Let’s put that number into perspective.

Warren Buffett holds so few Canadian stocks that, even if he didn’t have all of his fingers, he could still count them on one hand. Yet the Fools still dedicated 6.55% of their investment analysis time to fretting about what Warren Buffett’s doing, thinking and—maybe… it wouldn’t surprise me after seeing what I’ve seen—eating.

Towards Buffettarianism: the evolution of a foolish obsession

Like most afflictions of the body and mind, the Motley Fool flavor of Buffettarianism has a long but less immediately apparent history; the symptoms were just milder. We can observe this by taking a trip back to the beginning of (Motley Fool Canada’s) time: the year 2013.

Way back then, the Fools only concocted a grand total of 7 headlines referencing the investment mogul’s hallowed name. Sure, their publishing schedule was a little more relaxed back then (a relatively feeble 883 posts for the whole year compared with today’s 1000+ per month), but the Buffett name-drops still only appeared in 0.79% of headlines that year.

But since then, the obsession looks like it has gotten worse. Or did it?

Motley Buffetts: a neologism for a new generation of investors

For many years, investment analysis has been stuck with a rather uncreative language. And while a general lack of creativity pervaded most of its writings, the lack of imagination was more than made up for by its exceptional descriptivity.

And this is just what the time-pressed investor usually wants and needs. Straight up and to the point. But somewhere along the way, the battle-hardened “stock watchlist” seemingly lost its luster.

When exactly? If this inaugural edition of what I am calling the “Motley Buffetts Index” is any indication—COVID-time, to be exact.

This index, kindly created by my banana munching monkeys, shows the relative Warren Buffett-based investment advisory activity of Motley Fool as a proportion of their total post count for each month.

What’s the connection between all of this?

If there were two investment stories that shone during round-one of COVID-19, it was Tesla (NASDAQ: TSLA) and Millenial investing. Yep, with bank accounts brimming with stimulus cash injections and nowhere left to go shopping, the millennials piled into the markets.

And with many unable to even vaguely differentiate between cash flow and cash cow, where else did they look to for investment advice other than to their second most “favoritest” thing after themselves: celebrities!

All of a sudden, Tesla was up by like a bajillion percent as the younguns pursued the simultaneous satiation of their desires for Elon and confetti. And thus, the poor Motley Fools were compelled by the most basic of market forces—supply and demand—to capitulate to the booming demand for celebrity stocks.

What’s the foolish moral of this motley story?

Whilst foolish by name, Motley Fool is far from foolish by nature. Their business is not financial advisory as some may be tempted to think. Rather, it’s getting eyeballs on their content.

Of course, the only way to do that is to get it in front of as many eyeballs as possible, then to give those eyeballs what they want. Consequently, as millennials started googling “celebrity investors” and then, inevitably, “Warren Buffett,” the fools only kowtowed to that trend. Out of a total of 971 “Motley Buffetts,” more than 50% of them (a total of 555 at the time of writing… my monkeys are precise) have been birthed in the eight months since March.

In reality, while Motley Fool’s race to 1000 Motley Buffetts may not be driven by pathological obsession, it is also not motivated by a desire to give out the soundest of investment advice. Thus, if I can leave you with just one thought, it is this: 1000 fools can be wrong, so ignore what the Motley Buffetts are telling you to do and do your own research. Not only are Buffett’s tactics and strategies likely to be different to yours, but leeching “hot tips” off his 13F filings can leave you months behind his moves.

(Featured Image by Medill DC (CC BY 2.0) via Wikimedia Commons)

PrevPrevious postStock winners of the US election: Cannabis coming out on top
Next postWith a presidential surge in the markets on vaccine news, it might be time to sell all stocksNext