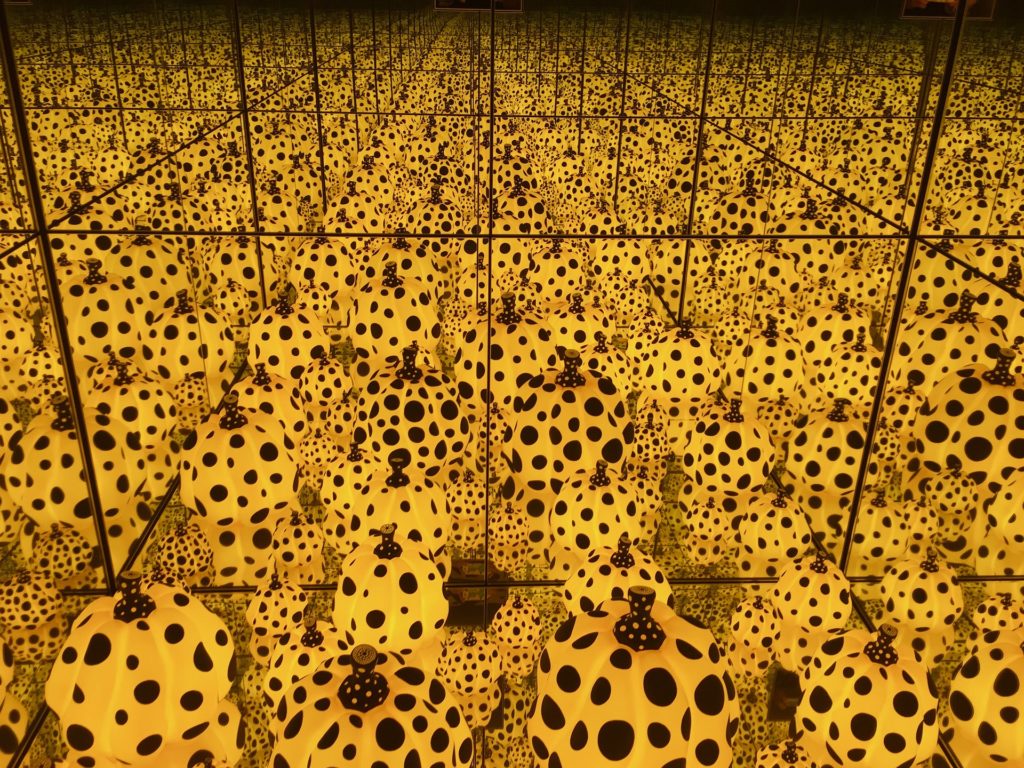 Toronto’s Art Gallery of Ontario (AGO) is in the midst of a crowdfunding campaign that aims to bring art closer to the younger crowd. The campaign, intended to support the creation of a permanent installation by Japanese avant-garde artist Yayoi Kusama, was conceptualized after the success of Kusama’s display at AGO early this year.

The eccentric artist’s works were received with overwhelming attendance and the hope is that AGO can now fund a permanent addition to their collection through a crowdfunding campaign.

Toronto’s love affair with Yayoi Kusama reached its peak during the Infinity Mirror Room installation that was on displayed at AGO from March to May of 2018. The room was part of a larger exhibition dedicated to Kusama’s work which included multiple environmental installations, drawings, paintings, and sculptures.

Kusama’s career began in Japan in the 1950s and then took off in the 1960s during an extended stay in New York City. Since returning to Japan, she has created a body of work that includes her unique installations, many of which are rooms featuring painted walls or mirrors that create a powerful abstract environment. In today’s social media-dominated world, Kusama’s career has taken on an additional dimension as a favorite backdrop for selfies, many of which are shared on Instagram.

Though the practice of taking selfies in front of art, especially within art installations, is questioned by many artists and artistic institutions, Kusama embraced the platform and even has her own account depicting the same millennial approach. Her openness to new forms of media helped introduce her popular work to a new generation. Around a third of the visitors to her exhibition at the AGO were in their 20s.

Because of its popularity, the Art Gallery of Ontario began a crowdfunding campaign at the beginning of November and it will run till the end of the month. The campaign is intended to add a permanent installation of an Infinity Mirrors Room to AGO’s collection which will give excited fans many opportunities to visit, and yes take more selfies.

AGO has already secured $1 million and has an additional goal of $1.3 million for the campaign. Gallery director Stephan Jost believes fundraising in this manner is a powerful way to make the public a part of the gallery. Jost stated, “We’ll have probably thousands of people giving us $25 and my hope is all those people can say to their kids or grandkids or nephews or nieces, ‘Hey, I bought that for the AGO.'”

The installation would be the first such acquisition by a public museum in Canada and the one chosen has yet to be exhibited in Canada. Jost expects it to be the “most expensive work in a decade we buy.”

To heighten the excitement of the campaign, the work has not yet been identified and is gradually being revealed on the campaign’s webpage. As additional amounts are donated to the crowdfunding campaign, sections of an image of the installation are revealed. As of mid-November, the campaign only raised a quarter of its goal and so much of the image has yet to be uncovered.

Crowdfunding in the age of the selfie

As AGO’s crowdfunding campaign continues, more and more individuals are drawn into a deeper relationship with the gallery. This relationship in the age of selfies is a reminder of the power of the individual working within a crowd whether for raising funds or adding to the image bank of Instagram. In the end, AGO has additional ways to raise funds for the acquisition but the relationships built along the way will be a permanent part of its operations and will add a whole new dynamic to the gallery’s art.