Is the Dinghy Dock Pub complex sale a good investment?

Vancouver Island has many unique businesses and residences and the distinctive Dinghy Dock Pub, along with its ferry service, is now for sale. 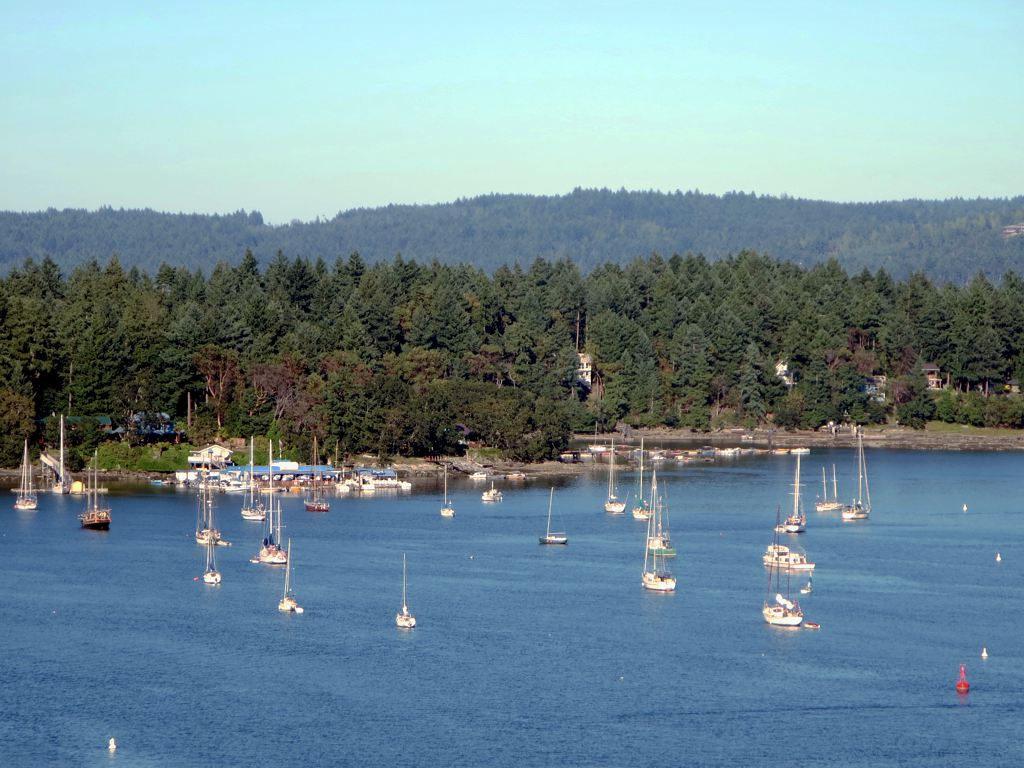 The famed Dinghy Dock Pub in the Nanaimo harbor on Protection Island is for sale along with the ferry service and a four-bedroom house. This legendary Vancouver Island property is an important part of the local community as a tourist attraction and a provider of the key transportation service for Protection Island inhabitants. At $2.6 million, it is a significant purchase and the possible outcome has local residents particularly concerned about the future of the ferry service.

The Dinghy Dock Pub bills itself as Canada’s only registered floating pub which has become its primary claim to fame. Located on Protection Island which itself is in the harbour of Nanaimo on Vancouver Island, the full package of buildings and land is listed at $2,600,000. In addition to the floating pub, the buyer will become the owner of a 0.12 hectare lot, a ferry boat business with 34 passenger boats, a barge and a 4-bedroom waterfront home. Buildings have full services from the City of Nanaimo.

The current owner purchased the complex in 2004 for $1.3 million. The Dinghy Dock Pub itself was launched in 1989 and since then has entertained countless guests and hosted a long list of musicians as entertainment. Realtor Mike McKillican says there are no restrictions on the sale requiring the new owner to maintain the ferry service or the pub. However, all interested buyers with which he has spoken intend to continue the business.

McKillican also related that past visitors from as far as Australia have checked in to see if it would be open this summer. Regional inhabitants also find it a great place to take visiting out-of-towners. To address the concerns of local residents, a community meeting is being held to discuss the sale. Protection Island Neighbourhood Association director David Carter says he is not worried about the future of the ferry since the pub would not be able to function as a business without it. Given the layout of the property and the likely response from local residents, it does seem highly unlikely that the property will be bought by someone simply wishing to live in the house.

In the first two weeks, McKillican says he’s already shown the property eleven times with three of the showings for possible U.S.-based buyers. Though he has been surprised at the attention the property has received, he points out that many people in Canada are currently interested in turn-key businesses given such factors as the Bank of Canada “holding on rate hikes.” The residence alone is valued at up to $1 million and is billed as “fully adaptable to a Bed & Breakfast” with space available for a “separate suite.” McKillican maintains that the whole package with pub and ferry service is the selling point.

Protection Island was originally named Douglas Island and is described as “about a mile and a half long by a mile wide.” Local residents mostly use golf carts to get around on the island including picking up groceries from their private boats or from the ferry. Visitors can enjoy a walk to visit the community garden, the rocky beaches or even the local museum.

The original Dinghy Dock Pub was designed as a local marina with drinks available at the bar and food available “through a hole in the kitchen wall.” At that time, facilities also included a store, bait shop and showers. Multiple expansions added a family area, a larger kitchen and expanded docking facilities for local and visiting vessels. The restaurant patio includes a fishing hole for more family fun. And, for those so inclined, local beers from Vancouver Island are featured at the bar.

Visitors seem taken with the island essentially describing it as a great day trip that does not take a full day. Protection Island, Nanaimo and neighboring islands have an early history of coal mining. But today Protection Island features a close-knit community with multiple parks and trails for beach access as well as gravel roads. While golf carts are well-known on the island, residents also walk, bike and employ wheelbarrows in their daily travels.

Local homes range from summer homes to high-end housing. Some residents commute to Nanaimo while others are retirees or work at home. School-aged children are either home-schooled or boat into Nanaimo each day. Numerous artists also live on the island and some offer studio tours and workshops. The former lighthouse keepers’ houses are now home to a library, museum and community center. There is also a community garden that includes shared and private plots as well as a children’s garden.

Amidst this relaxing community, the Dinghy Dock Pub is the featured commercial establishment and an important part of the community. Its ferry service is also of great community value. And its home offers the potential for a larger business or a really nice residence for whoever decides to make it their own.

(Featured image by David Stanley via Flickr. CC BY 2.0)

PrevPrevious postTim Hortons: A strong Canadian brand after all these years
Next postUK music retailer HMV rescued by Sunrise Records: A TimelineNext