Toronto is a major force in Canada’s economy and a world class city not just for financial services and businesses but for arts, entertainment, education and tourism as well. 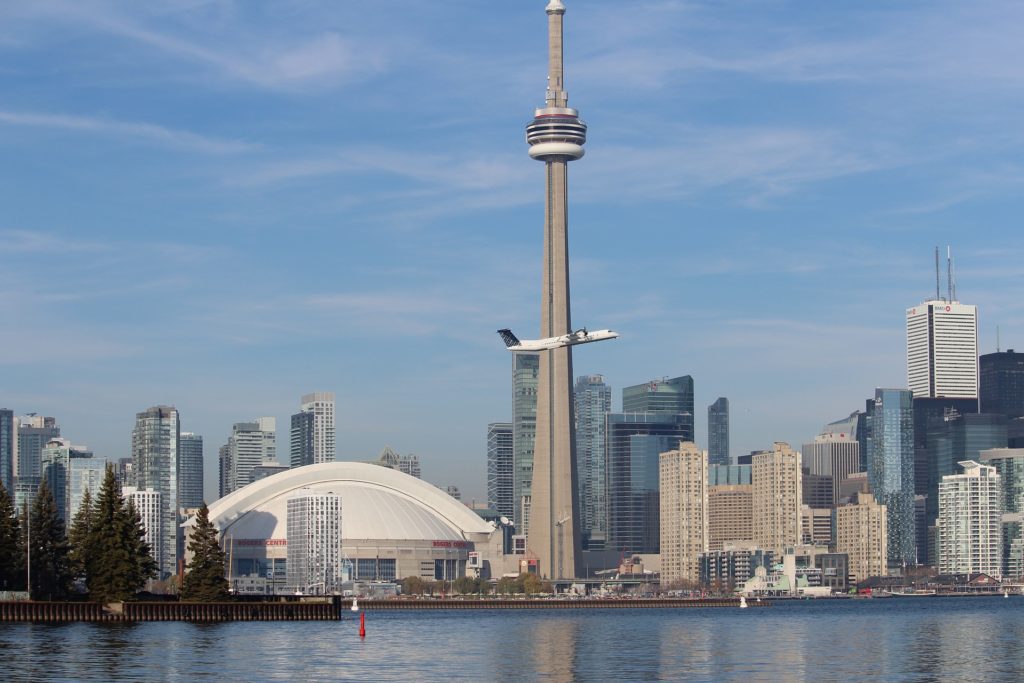 Toronto is a powerhouse in Canada’s economy. It is the center for the nation’s financial services and the second biggest center in North America after New York. It is Canada’s biggest city and the fourth-largest city in North America. Greater Toronto is responsible for 18 percent of the nation’s Gross Domestic Product and is home to 20 percent of Canada’s population. Sports and entertainment are huge with the combined force of multiple pro sports teams and Drake, one of the world’s most popular musicians. The city has an economy of which many nations would be proud of.

Toronto as a financial powerhouse

Toronto is not simply an important Canadian city. It is arguably one of the most important cities in the world though many others may come to mind if one were making a list. Perhaps the city has not bragged enough about its accomplishments though lately it had a world-class bragger in Drake, one of the world’s biggest musical stars. So what makes this city so great?

Starting with the city’s own website, one can easily build a case for Toronto as a major economic power. The city itself is a major financial hub:

But it does not end there. The region is home to over 6 million people and is the headquarters of 38 percent of Canada’s businesses.

A great economy is not just about population figures and financial centers. Toronto is home to a huge range of arts institutions and sports team. And did we mention Drake?

Canada’s music industry is centered in Toronto. As far back as 2010, the recording and live music sectors were estimated to be generating hundreds of millions of dollars in this city. As of 2018, the industry has grown to the point that some are claiming that Drake alone is responsible for $400 million of its economy.

Toronto has an impressive roster of sports teams including many that are members of U.S. leagues. Among the top professional teams are Toronto Argonauts (Canadian Football League), Toronto Blue Jays (Major League Baseball), Toronto FC (Major League Soccer), and more.

Toronto is also home to a huge film industry with over 1,400 film shoots on location annually and over 30,000 trained performers and crew members available. In 2016, foreign investments in film and TV hit $794 million.

Major universities include The University of Toronto, York University and Ryerson University. Education is one of the largest employers in the city. In fact, there are over 1,400 educational centers and businesses employing over 100,000 people with annual salaries at $7.2 billion.

Important museums include the Royal Ontario Museum, the Art Gallery of Ontario, the Gardiner Museum and the Aga Khan Museum.

Toronto has a world-class theater district where one can find Broadway shows, the National Ballet of Canada and musical venues.

The list of arts, educational and sports institutions goes on and on as one would expect. And this overwhelming amount of arts and entertainment does not just generate income from the locals but from a huge tourist industry as well.

Toronto’s wealth of arts and entertainment helped attract over 40 million visitors in 2015:

The numbers quickly add up to show that in tourism alone, Toronto is a world leader.

Technology and cannabis contribute as well

The tech industry is another major element in Toronto’s economy putting over 90,000 to work and paying more than $8 billion in wages. The list of technology companies with operations in Toronto includes such major players as Bell, Cisco, Google, IBM, Microsoft, Oracle and Shopify.

Toronto is also a growing hub for tech startups and a center for Canada’s homegrown technology industry. And speaking of homegrown, the estimates for the cannabis industry are still a bit sketchy but billions are expected to be taken in by Ontario. Given that Toronto is a major component of Ontario, it is likely to also be a major beneficiary of cannabis revenue.

Putting the pieces together

The above sketch shows that Toronto’s economy is composed of much more than the financial sector and is of great importance not only to Ontario but to Canada as a whole. In fact, the city could be competitive on the world stage as a small nation. So there is little doubt that it is an important world-class city despite its general lack of hype.