A new chain of Rothmans, Benson and Hedges Inc. stores is kicking off in Edmonton to sell parent company Philip Morris' smoke-free IQOS. 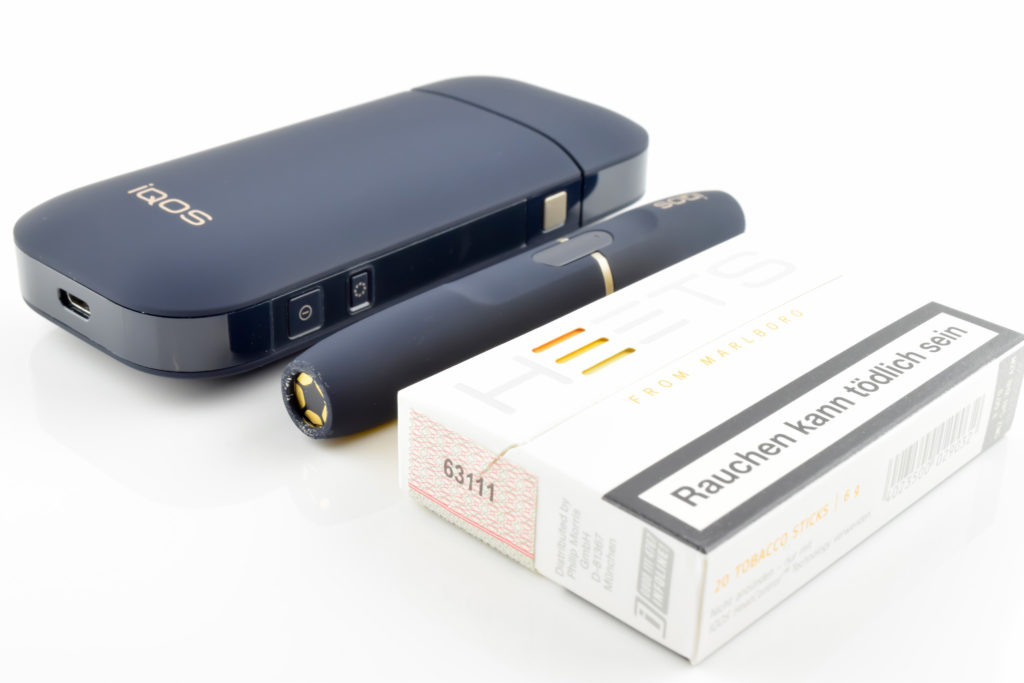 Rothmans, Benson and Hedges Inc. opened a new tobacco store in Edmonton, Alberta that features a new electronic or e-cigarette called IQOS that does not produce smoke.

However, they are not considered vaporizers or vapes either though they are heating the tobacco rather than burning it in a manner similar to a vape. This “have your cake and eat it too” maneuver is part of a move to allow the company to stay in the tobacco business with smoke-free products.


The planned opening of Rothmans, Benson and Hedges Inc. new flagship tobacco retail outlet was anticipated with some fanfare and concern. The company, a subsidiary of Philip Morris International Inc. (NYSE:PM), is promoting the outlet as a way to move to a smoke-free future that includes tobacco.

Managing director Peter Luongo explains that their new product, called IQOS, heats tobacco rather than burns it. Though smoke-free, the tobacco still has nicotine and is addictive. However, he maintains that it is a healthier way to consume tobacco since there is no smoke stating, “Because you don’t have smoke, you have far fewer chemicals.”


Anti-smoking forces are concerned due to the lack of research regarding this new product. They also feel it normalizes smoking at a time when the habit is in social retreat. Yet, it should be noted, smoking is back on the rise in Canada in recent years.


The store was slated to open with brand-free signage as well as a smoke-free product. This odd maneuver was due to Health Canada regulations which forbid the tobacco company’s brand from appearing in its signage. However, the new store is definitely part of a larger, visible program by Rothmans, Benson and Hedges Inc. to create a chain for sales and service of IQOS.

Luongo points out that having the storefront dedicated to the IQOS is the goal. If one visits the IQOS.com website, one sees a graphic depiction of a high-concept design setting with a guide to finding stores where IQOS is available. It seems that the new store is the beginning of an IQOS chain that might be akin to an Apple store dedicated only to the iPhone. Such a chain would be a strong move toward parent company Philip Morris’ attempts to move into a profitable smoke-free future.

The IQOS device itself has been available since spring and initial sales through existing outlets have been quite strong. Imperial Brands’ Imperial Tobacco Canada has also introduced such a product that they call the i-glo. Clearly, big tobacco wants to stay in the tobacco business, whatever moves they end up making with cannabis.


Anti-smoking advocates point out that companies like Philip Morris continue to promote cigarettes even as they market smoke-free products. Yet, despite remaining in the cigarette business, sales are not growing at the level a public company requires to maintain a rising stock price. And Imperial Brands (NASDAQOTH:IMBBY) beat them to first-adopter status with an investment in the cannabis industry. So far Philip Morris has remained in talk mode regarding cannabis.


So will IQOS be the leader in the smoke-free movement that Philip Morris requires for revitalization? That is one of the key questions investors in this company should consider as subsidiaries like Canada’s Rothmans, Benson, and Hedges Inc. introduce IQOS stores to the world.