Investments in eSports are an emerging opportunity that investors should pay attention to. While the video gaming market is predicted to grow 26% by 2023, eSports is predicted to grow 68% over the same period. Exposure to the market comes in many forms, with options ranging from shares in Activision Blizzard and equity crowdfunding, through to early-stage investments in ventures like Formation. 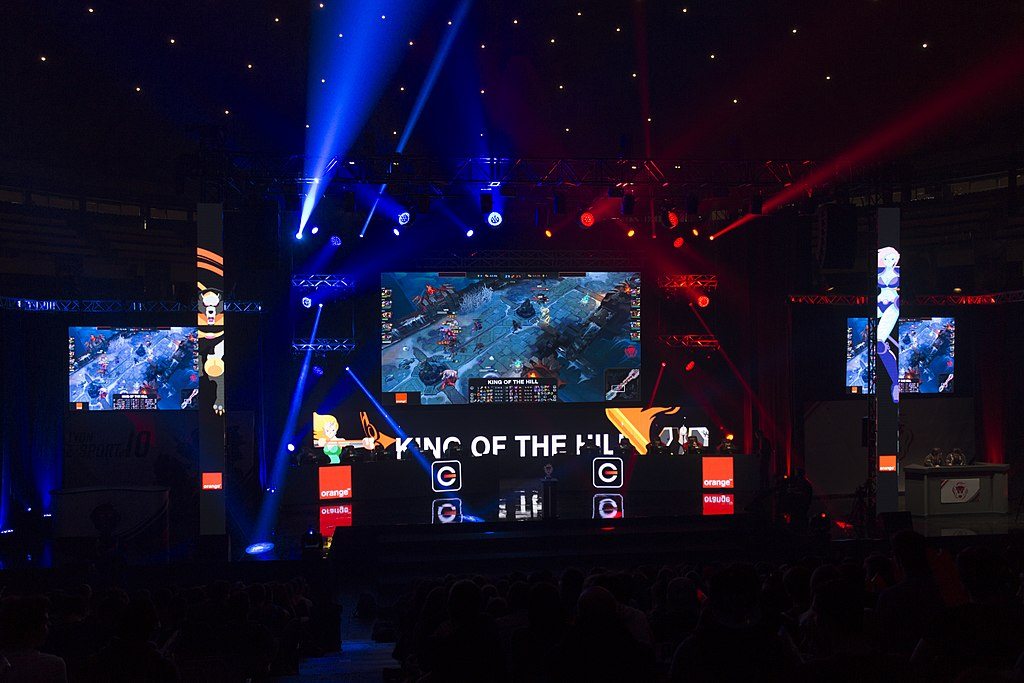 There has been a lot of attention concentrated on eSports investments, and computer and mobile gaming stocks throughout COVID-19. And, given the coverage, you’d be forgiven for thinking that this is just another flash in the pan. Generally speaking, most of the stories have followed the same basic premise. 1) people are stuck at home; 2) people are turning to gaming to amuse themselves at home, and; 3) gaming companies profit.

However, the rise of mobile and computer gaming stocks—particularly those leading to direct or indirect eSports investments— is nothing new. In fact, for a stock like Activision Blizzard (NASDAQ: ATVI), its current share price is only just now recovering the losses it made in 2018 when it diluted outstanding shares amidst earnings downgrades and fears that it was losing market share to rising battle royale type platforms like the Epic Games owned Fortnite.

But, even if a smaller percentage of the gaming-revenue-pie has been going Activision’s way in the last few years, the pie has been constantly growing. This, combined with its expansion activities like its eSports investments, has meant that Activision Blizzard has still been able to grow its earnings consistently. Over the past five years—a period encompassing its 2018 troubles—Activision has still delivered an earnings growth rate of 12% and maintained an IBD stability score of 17 (a score below 20 indicates stability).

This has meant that after its 2018 dip, its price has more or less been on a continual rise. All that the global health pandemic did was to give it—and the entire gaming and eSports industry—another small price boost.

Current growth estimates for the global video game industry predict a market value growth of 26% over the next couple of years, to 2023. This will see established players like Activision continue to deliver earnings growth as they have for many years already, whilst leaving room for newer players to come in and steal some of the market share away.

But the real gaming opportunity comes in the form of eSports investments. Whereas the market value of gaming, in general, is expected to grow 26% by 2023, the eSports sector is expected to grow 68% (from US$950.3 million to US$1598.2 million per annum) in the same period.

As with any industry, there are a multitude of ways to gain exposure. This can include direct investments in publicly listed companies that are both game producers and tournament operators, like Activision Blizzard, right down to equity crowdfunding for individual eSports teams, like the current round by the Fnatic team on Crowdcube.

In the case of Activision Blizzard, the exposure is less direct. While the company is the producer of the Overwatch game, as well as the owners of Blizzard Entertainment (the company behind the professional league for the game, the Overwatch League), any outperformance of the video game industry by eSports, in particular, will be diluted. Activision Blizzard is a large, established player in the industry with a broad portfolio of other assets. This means it isn’t a pure eSports investment play.

For investors looking for high-yielding investments in eSports, bets on companies like Activision Blizzard are likely out of the question. The media attention the giants of the industry receive means that any potential for exceptional growth is already priced into the company’s share price. But, this is a fledgling industry experiencing exceptional growth, and there are many rising stars. Whilst most will never reach the sheer size of Activision, the growth potential these early-stage investments offer is exceptional.

This makes for a whole class of equities and other investment opportunities just waiting for the eSports investor. And while uncovering these opportunities does require a little legwork, they are out there.

For the retail investor not engaged in crowdfunding, investment opportunities in high-yielding, early-stage eSports ventures are generally only available through companies like Blue Star Capital (LSE: BLU).

Blue Star is an early-stage venture fund which—along with exposure to a range of other tech investments in growth sectors—maintains an eSports investment portfolio diversified across a variety of eSports projects. Its current holdings include interest in the David Beckham backed Guild eSports team along with holdings in other ventures it has identified for their unique growth potential.

Amongst the more promising of its holdings is the Formation eSports platform. This platform takes a unique approach to marketing eSports events, promising to capture a whole new class of fans and supporters. Formation’s unique approach is to focus on cross-marketing between contact sports and eSports, leveraging the unsaturated potential in both markets to bring new revenue and sponsorship streams into both eSports and contact sports.

PrevPrevious postThe Canadian Tech Sector is Holding Strong Despite Covid-19
Next postLooking for an investment that will grow post Covid: functional mushroomsNext