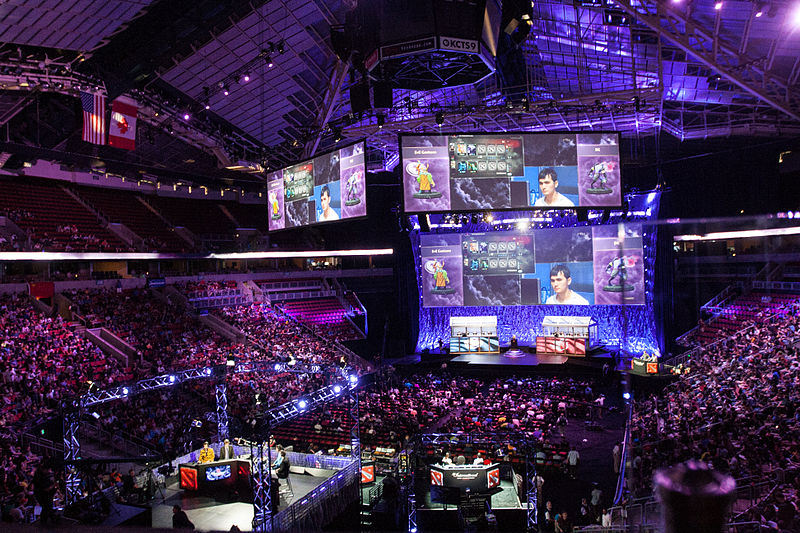 It’s official: The gaming community has launched an eSports league. Industry sports leaders noticed the massive appeal of the Overwatch League after large financial investments from well-known business leaders were reported to have supported the video game competition.

For a time, various individuals including celebrities such as Drake have recognized the value of the gaming platform and bought eSports startups such as 100 Thieves. A report given by Deloitte and Superdata investors shows why such investors have started snagging companies available.

Superdata in a market brief gave some astounding figures for the newly formed videogame sport. Its 2018 digital games and interactive entertainment review stated 2018 ranked as an extremely profitable year. Video games no longer just occur as a lone console in a room. Whole sports stadiums are used as teams compete for prizes.

In 2018 the industry grew 13 percent with a revenue stream of $119 billion mainly due to a new interactive game known as Fortnite. In the typical video game pattern, the new release became a favored game. Social media spread the word and soon stadiums became rented to house the intense competition. A free download made the game expand rapidly. The play, set mostly on an island, makes it easy to learn. The setting suspends reality due to the isolated island where the game is set.

Despite the free download, the ability to buy tickets or passes earned the game more money and pitting players together in one stadium led to a $2.4 billion revenue stream.

Aside from these, influencer marketing also entered the video game industry. Influence marketers take a brand and see if they can positively impact how people feel about it. A reach and awareness tool translates into higher stock pricing and offerings as brand awareness goes up. It helped create the Fortnite trend. Add in the fact that eSports stock generated a $1.5 billion revenue stream so the eyes of the investors have turned upon the venue.

Multiplayer, global and highly interactive, the mass effect of the experience gives almost a call of duty influence on players who seek opportunities to play. Like an Assassins Creed odyssey, it involves free will in decisions of play juxtaposed against templars that make playthrough control. Many of the games have a Canadian Ubisoft (UBSFY:US) origin. Few games last over a decade but with the addition of the sports option, it may extend some genres past their normal video life.

Now eSports has an emerging vertical which smaller companies can plug into offering plenty of opportunity for investors. The following companies show some of the emerging markets pending.

ePlay Digital Inc. (CSE:EPY) classified as a microcap it had a growth spurt became a small cap. Headquartered in Calgary Alberta, it has subsidiaries that do broadcast and live video technologies. The company does integrate sports as part of its services on multi-platforms.

Late in 2018, it announced a deal with China’s gaming enterprise that specifically had hedge funds designed eSports. The firm has an augmented reality (AR) piece (information streamed in while a user views). It now has developed the first augmented reality sports mobile game with Big Shot AR.  Projected U.S. revenue by 2021 US$42.

Simplicity eSports and Gaming Company (NASDAQ: WINR) does virtual reality well. Its January 2019 announcement of the trading of its common stock makes it the first North America Esports team doing direct public trading. Its platforms do Gears of War, PUBG, NHL 19, and Injustice 2. As of Jan. 23, it had sold 6,000 shares of stock.

Fandom Sports Media (CSE: FDM) launched its IBM Blockchain platform as of January 2019. It did an internal release of a global sports app for an experiment of engagement. It will develop first with the present fans of an established professional hockey team. Its Fandom Sports News app has unfiltered sports talk and fights are actually encouraged and rewarded.

Deloitte gathered data on the eSports trends. It determined major shifts in the emerging eSports industry are occurring. So, investors choosing a venue to invest in, need to watch the trends. Unlike regular sports tournaments planned in advance with tickets sold, eSports events do so spontaneously. Marketing sometimes happens within hours or a day, so a whole new model of how to sell a game has developed but not necessarily formalized due to its decentralized nature.

A global audience demands immersive, inclusive and interactive experiences in the eSports landscape. It allows everyone a chance to become a champion at some time in some faraway place that rewards teamwork, perseverance, and skill sets all under the watchful eye of their peers.

Esports has definitely found its niche in the spectator’s sports industry.

(Featured photo by Sam Churchill via Flickr. CC By 2.0)