When talking about Virtual and Augmented Reality innovations, we often focus on features. Details like the latency, motion tracking and resolution of a headset, for example, capture all our attention. As a result we are often distracted from the benefits that these technologies have to offer us, which is why XRApplied is looking ahead at how this tech will make life faster, easier, cheaper. 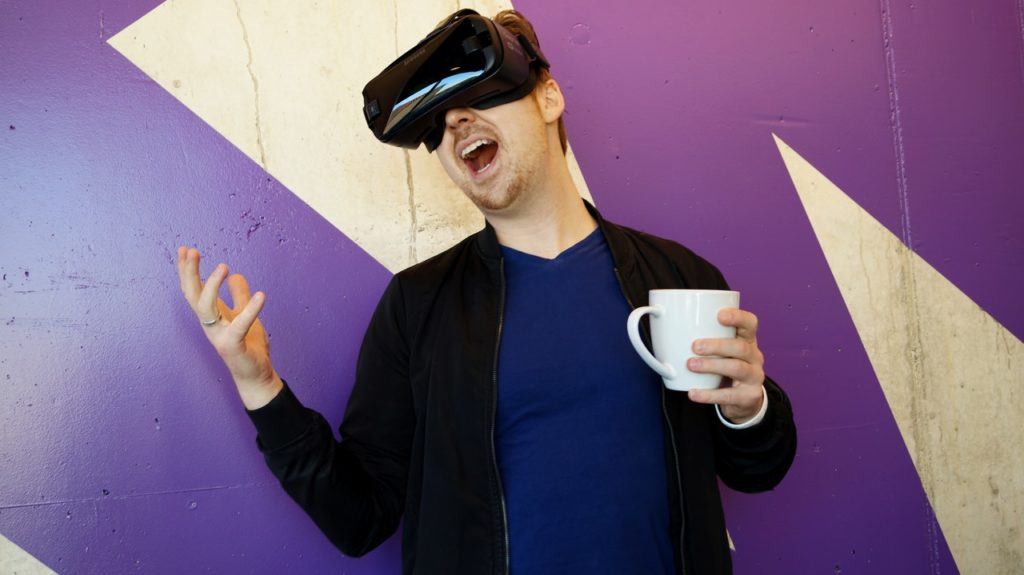 When we think of Virtual, Augmented or Mixed Reality—three similar technologies which can be grouped together under the banner of Extended Reality (XR)—it’s too often the case that we think about new hardware innovations and high-end graphics, rather than what all this tech can really do for us. But the novelty of this technology can only go on for so long, which is why XRApplied is busy looking beyond mere specifications. Now, they’re looking to the future and designing applications that show what XR can do for us.

This move is a little like the technologist’s version of an old sales platitude “sell benefits, not features,” and is a crucial step in the advancement of Extended Reality. Once the novelty of this emerging technology wears off, no one is going to care if it recreates the experience of driving a car in immersive 3d… but they will care if they’re an auto manufacturer and they can use Virtual Reality (VR) to prototype in less time (and for less money).

So here we take a first tentative step into the future of Extended Reality technology and begin exploring applications where XR will save us time.

As online retail overtakes traditional shopping, speed will become a crucial point of difference amongst competing online retailers. This was one of the key findings in a recent Accenture report that surveyed online shopping to uncover emerging trends, finding that “as the digital world expands—and customer expectations with it—the new currency for retailers will revolve around convenience, ease and accuracy.” It is also one on which smaller retailers will be able to differentiate themselves from larger competitors like Amazon. Even this forward-thinking has a long way to go before being a truly quick and convenient option.

Yes, Amazon has one-click checkout and other doodads and minor conveniences, but it is also cumbersome, impersonal, and just about as transaction-focused as a platform could get. A simple search turns up thousands of results from numerous vendors and with inconsistent product photos and descriptions. And while there will always be a market for Amazon’s cut-price goods and innumerable range of products, it is Amazon’s handling of the latter in particular which presents an opportunity for smaller competitors to encroach on the territory currently dominated by the giant.

The advantage that smaller retailers will have with VR here is both speed and engagement. There’s no reason why VR product catalogs that immerse the shopper in a virtual store cannot replace the uninspired web-page listings we’re currently dependent on. What this would mean for customers—besides being instantly more engaged by the immersive experience—is that browsing products become quicker; the brain is better suited to processing ‘physical’ objects than it is pictures or descriptions.

Seeing two TVs side by side as they appear in real life, for example, is much more informative than seeing two roughly identical units in photos that are predominantly differentiated by the number of inches written in the accompanying text. Further, there’s no reason why a customer shouldn’t be able to interact with it, spinning it around and seeing at a glance the unit’s thickness, the number of HDMI ports it has, and numerous other details that would otherwise require clicking a link and reading a description to ascertain.

Currently, developing a new car model is a long, drawn-out process that requires a lot of physical testing. Creating one-offs or short-runs of anything in manufacturing is both time-consuming and expensive, and cars are no exception to this rule. But this is already beginning to change, with many automakers now integrating Virtual Reality into their design and testing toolkits, significantly reducing their dependence on physical prototypes.

We’re only just at the beginning of this kind of VR-manufacturing integration and, already, automakers like General Motors are seeing significant reductions in time spent during early prototyping stages.

This was the case in the design of GM’s next Hummer—the 2022 GMC Hummer EV, where the time savings were not only statistically significant; they’re downright substantial. General Motors now estimates that the usual 5-7 years required to develop and launch a new vehicle will be cut back to just three years.

Zoom has boomed so much during the previous few months that it has almost become a neologism for having a meeting. But, more than this, it has also helped ease us into the transition away from total reliance on physical presence to achieve things that don’t really require it. This has opened the doors for another area where Virtual Reality is set to shine over the coming years; cutting commute times, venue booking and setup times, and all the other headaches that can come with assembling a bunch of people in a room so they can talk about stuff.

This transition away from dependence on the physical venue and presence needs for conferences and meetings is already underway. However, the problem with Zoom calls and the like is the inability to simulate the presence and interactivity that real-life meetings engender. This is where VR steps in.

For the moment, though, there are still some attitudes that need to shift before VR begins to take its place in the world of work meetings and conferences. One of the biggest challenges is the current perception that VR technology is too expensive. In a recent survey by HTC Vive, there was still a significant percentage of respondents who felt that the cost of VR could be too expensive.

In order to save us time, Extended Reality needs to be quick and cheap to develop

The widespread conceptions of VR, AR, and MR being expensive are not entirely ill-founded. While hardware costs have certainly come down over the years, there has been a real lack of innovation on the software side. And, of course, hardware without software is nothing but an inutile assemblage of plastics and metals.

This is a gap XRApplied has identified, which is why they’ve developed one of the first truly cross-platform Software Development Kits (SDK) for AR and VR application development. With this, they’re able to streamline the process of XR application development, making it quicker (and, consequently, cheaper) to develop applications that will make many facets of our lives faster.

PrevPrevious postSmall businesses in Canada cry out for help as Amazon toasts their successes
Next postIs Air Canada entering into a stall?Next