With the help of the Royal Bank of Canada in 2019, Canadians fill out the ranks of the PGA Tour more than ever before. 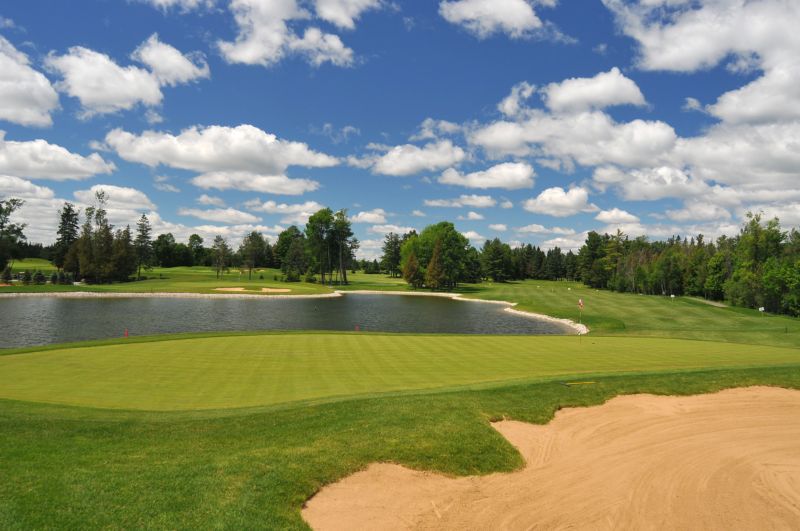 The winter winds blowing across the prairies of the True North, signals that it’s time once more to anticipate this year’s Royal Bank of Canada (TSE: RY) Canadian Open. They send a message to all in their realm — for golfers both amateur and professional to take out the brush and work on the grain of the woods. In a few weeks, the golfers venture forth for some practice swings.

Ranked as the oldest continuously operated golf tournament of the PGA, it rivals the U.S. Open and The Open Championship. What the Royal Bank of Canada does well comes as social responsibility. It developed the philosophy long before the term “social responsibility” became a viable business model. The bank intentionally formed high profile relationships with lead players. Touring professionals often use the bank for their financial service needs. The bank does not stop there. Not only does it offer services for the elites of golf, it also serves the community at large.

The Royal Bank of Canada developed a purpose-driven and principal led approach to social responsibility. One of the most popular social responsibility activities has become the ambassador program in golf. Most of the Canadian golf crowd plan on celebrating the coming year since the opening season will have the most Canadians ever playing for the PGA TOUR RBC. It gives credit to the community golf programs for developing such a number of world class players. The RBC Canadian Open occurs on the Hamilton Golf Course for 2019 in June. Situated along the edge of a cliff near Niagara, it became known for its fairways, wavy greens and prestige. A favored club playing the course instill the values of a fair golf game in the players. Players have to qualify first before engagement.

As golfers prepare for the season and opening so does Royal Bank of Canada. The bank starts years before a targeted PGA event. It does so by creating programs that support talented Canadian golfers which propel them to the next level. The bank funds the Young Pro Squad along with Canada’s National Amateur Golf Team and a range of amateur golf events.

To further get ready for world-class golfing and rally public support the bank developed Team RBC golf ambassadors. Amateurs watching and listening to such highlighted players would get an edge against their golfing buddies on that first golf outing. Add in an amateur scoring well using such information and technique means the others buy the libations at the pub. So the ambassadors connect to the public by giving tips and techniques. The bank performs a major social responsibility by highlighting one of Canada’s favorite sports events while moving it forward to a global level. Where the opening tournament occurs changes from year to year. For 2019 the Hamilton became chosen

Created in 2009, the Royal Bank of Canada engaged partners to make a team of golf elites. Reading the interviews of players chosen for the ambassador program puts a personal touch on golf. Team RBC becomes the brand voice of golf for the Royal Bank of Canada. This year the organization chose four elite top-level athletes to add to the team: Roger Sloan, Ben Silverman, Brittany Marchand, and Corey Conners.

Roger Sloan has high success on the Web.com tour. With an infant daughter to care for, he had taken the time to do fatherly duties while working on his techniques before returning to the PGA circuit. Baby and wife joined him on the road giving him a whole new skill set. In the long term, the added stress should help him prepare well for sustainable, high-performance levels needed for longterm PGA participation. Dealing with distractions makes the difference between good players and year after year champions of the PGA. His infant daughter frequently obliged in distracting him. If it works with significant scoring in the PGA circuit, he might be able to loan her to upcoming golfers to add to their mental preparation for tournaments.

Ben Silverman has a habit of playing with the bogey hole. At some point, that ends and he begins playing with the birdie hole. By doing so, it develops a set of skills for dealing with less than ideal situations. Not being afraid of the bogey shot means plenty of opportunities to do birdie and hole in ones when the skill set lines up. His unique charisma on the greens wins since he gets more than his share of media attention for giving a thrill. Playing the crowd remains a good skill to have on the PGA tours.

Brittany Marchand swings a straight stick that pops a curved ball. Who better than a female to know how to make a curved ball spin? Known for getting close to the hole her angst about chipping it in or pulling it entertains the media during an interview. Capable of both choices exceptionally well just remembering she can do either shot makes all the difference in the game score. Qualifying for the Women’s British Open last summer caught everyone’s attention.

Correy Conners’ year involved following in the footsteps of the elite players globally in direct competition. Then he had a back to back PGA Tour pairing which put the fresh golfer to the test. Loading the pressure on did not crack the Conners and though he did not win, he stayed within striking distance of it on many shots giving pressure right back. Not the norm for a fresh player at all. A tweak on the techniques and Conners may become a household name.

Global players in the making

All four have the potential to become global players. Staying in a field of elites accelerates progress if a golfer can handle the pressure. Each golfer’s personality shone as bright as the glint of a sunbeam on the snow in a Canadian landscape. Points of light in the bright fields of golf in the making all with the support of the Royal Bank of Canada.