In a world of hyped-up, buzzword-laden tech IPOs, it’s hard to imagine a beverage company topping the high standards set by the Silicone Valley upstarts of recent years. But the upcoming listing of energy drink company GURU on the TSX—via a reverse takeover with Mira X Acquisition Corp—promises to do just that, delivering more buzzwords than a tech startup, and plenty of reasons to get hyped. 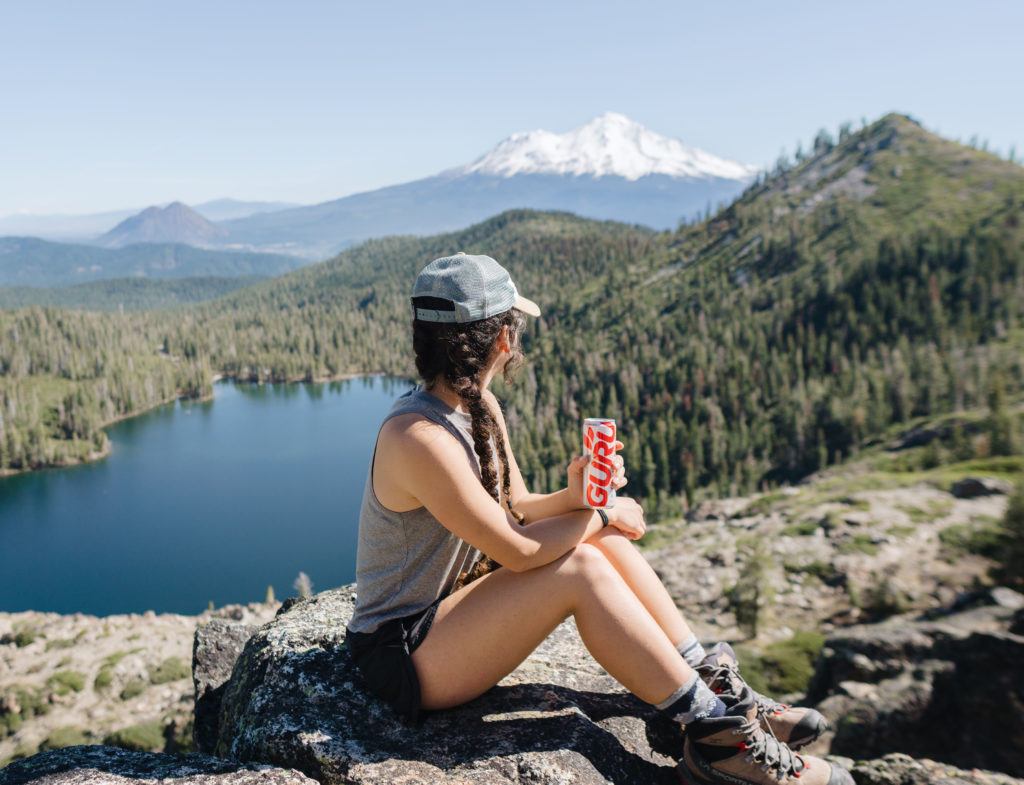 How many buzzwords can you stuff into a single deal? If you thought tech was something—with its “clouds,” “internets of things,” “incubators” and whatnot—wait until you see this: plant-based, certified organic, vegan-friendly, non-GMO energy drinks… And if that was a mouthful, home-grown energy drink brand GURU is about to combine even more.

In a year where going public has never been more in vogue, GURU is in the final stages of its “IPO,” listing on the TSX in a reverse-takeover deal with (what we can almost call) a Special Purpose Acquisition Company (SPAC)—Mira X Acquisition Corp (TSXV: MIRA-P).

And while, technically, Mira X isn’t a SPAC, it is a Capital Pool Company (CPC) that effectively serves the same purpose. For want of a better word, it is just another ‘blank cheque’ shell company without any commercial operations, set up specifically to (as its name would suggest) acquire one or several existing businesses. Any differences between SPACs and CPCs mostly center around the amounts of authorized capital raising and regulatory oversight.

With all the buzzwords out of the way, what’s left on the todo list for this deal?

The only hurdle left to clear is gaining Mira X shareholder approval, which should take place this Wednesday, 28 Oct. But, if the interest shown during its oversubscribed $34.5 million financing round is any indication of investor appetite for the deal, there’s little reason to believe approval won’t be obtained.

Once shareholder approval is out of the way, there’s little left to do but start trading. The TSX Venture exchange has already approved the deal and TSX has authorized GURU to graduate to the main exchange. By as early as Monday one week from now (2 Nov.), GURU shares should be trading on the TSX. No prizes for guessing the coming ticker symbol. (Yes, it will be GURU.)

Don’t drink the Kool-Aid kids: the GURU fizz lives up to the buzz

In a world of artificial Kool-Aid colors and flavors, what makes GURU stand out from the crowd of other beverage wannabes is its pioneering all-natural ingredients approach. With the energy drink market also mirroring the broader beverage industry and its fixation on chemical concoctions and other questionable ingredients, GURU beats a very different path, offering a genuine alternative to “drinking the Kool-Aid.”

And while only just a few years ago the market for all-natural energy drinks was confined to a niche subsector of the market, times are changing. Now, with the global health crisis only serving to make an already increasingly health-conscious population even more so than before, the time is right for this company to go public.

For GURU, this is the chance to secure an additional capital injection that is going to allow it to more aggressively pursue its domination in the now-booming niche it occupies. And for investors, this is the opportunity to gain exposure to an ‘emerging’ trend whilst benefiting from the stability of an established company.

With its roots laid down just over twenty years ago, in 1999, GURU already has an established distribution network in Canada the United States, comprising of more than 15,000 points of sale. This gives it a rock-solid revenue base (from which it takes a healthy 64.6% gross margin) that has already doubled over the last three years.

That it has made it this far speaks volumes for GURU, given that it has managed to grow into a thriving business in an extremely difficult market. Even the Coca-Cola corporation has struggled to break into the natural energy drink sector, with a particularly spectacular flop coming from the launch of its Mother brand in the Australian market.

Originally sold as an all-natural energy drink when launched in 2006, Coca-Cola quickly abandoned its original strategy when the product was an almost immediate flop. It quickly relaunched the same brand with a new label and a new formula, ditching the natural imaging and ingredients in favor of selling “maxtreme” energy to juvenile minded souls. A strategy with which it was more successful.

A particular point in GURU’s branding strategy is an aversion to imagery generally associated with energy drinks. Think extreme sports, fast cars, and, well, big “cans” in suggestive poses… Rather, mirroring its approach to ingredients, GURU keeps its branding more wholesome. And this approach is working.

In a world where “functional” beverages are maturing and moving in new directions, the consumer appeal of the traditional energy drink approach is limited. Now, as the move towards nontraditional markets continues in the energy drink sphere, many of the most valuable consumers discovering this market are coming from outside of the usual male-dominated teenager-to-young-adult demographic.

Where to from here?

With only one final hurdle left to clear, GURU is now eyeing its future expansion. With the growing demand for health and wellness-focused products like what GURU is selling, it’s optimistic about the future.

Carl Goyette, Guru’s CEO notes that “This is not a small niche thing” anymore. Whereas in years gone by the natural beverage market was largely confined to smaller boutiques and specialist grocery stores, that is no longer the case. “This is a product for the mainstream, for convenience stores, for grocery stores. That’s really the potential,” added Goyette.

With the capital raised, Mr. Goyette believes that GURU now has the necessary support to its “mission to clean up the energy drink industry—a growing industry valued at over US$15 billion—by expanding [its] presence across North America.”

And with the last three years of revenue growth and market expansion behind it, there’s every reason to believe that the same success will follow as GURU pushes ahead into the rest of Canada and the U.S.