Mushroom magic: Canada positioned to be a leader in the emerging medical psychedelics market

Landmark rulings in Canada have allowed for the use of psilocybin, the psychedelic ingredient in ‘magic mushrooms’, in the treatment of certain terminally ill patients. Is this a rare legislative hiccup, or the beginning of a shift in legal status? If the market does open up, we might see another market boom like the hemp/CBD/cannabis high, and Canada is well-positioned to benefit if it acts fast. 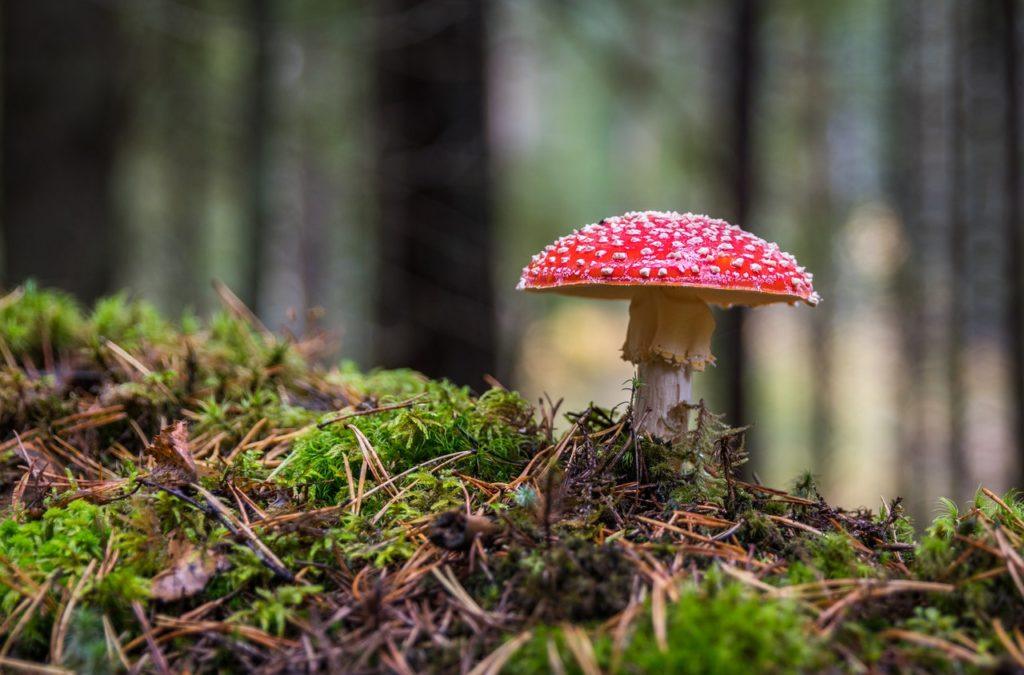 Landmark rulings in Canada have allowed for the use of psilocybin, the psychedelic ingredient in ‘magic mushrooms’, in the treatment of certain terminally ill patients. Is this a rare legislative hiccup, or the beginning of a shift in legal status? If the market does open up, we might see another market boom like the hemp/CBD/cannabis high, and Canada is well-positioned to benefit if it acts fast.

This summer, Canada became a leader in experimental therapies, when it allowed four cancer patients to undergo ‘magic mushroom’ therapy. Or at least, that’s what the headlines have been saying. But the titles can be misleading, as patients often skipped the mushroom part and went straight to the magic.

Such cases are just one example of the medical applications of psilocybin, the key molecule in the psychedelic fungus. The molecule was ‘scientifically’ discovered in the middle of the 20th century, but its use has been proscribed by most governments despite increasing evidence of its psychological potential.

Like cannabis or CBD before it, this ‘magic mushroom’ drug could become a huge player in the medical and commercial market should legalization and decriminalization continue. Canada has the potential to position itself well to take advantage of this boom, but only if it starts taking steps now.

As Canada progressively decriminalized then legalized marijuana for medical and eventually recreational use, the country saw a surge in powerful new players. Companies emerged to become global leaders in the movement, providing cannabis not just for national but also international consumption. While some of the hype has faded, there is no denying that Canada emerged a winner.

The first and most important question to consider thus becomes: are ever likely to see a full legalization of the same scope as the Cannabis Act.

Under the weight of increasing medical evidence, the same which was used to argue the August case, every such judicial or legislative decision is a further barrier removed. Eventually, the surge of medical and popular opinion will be unstoppable. Government will realise that legalization (and taxation, regulation and so forth) will be safer, as well as more profitable.

Though at the moment Canada is lagging slightly behind the curve. Several US cities have already decriminalized the drug. European countries seem divided: while some are tightening restrictions, others are loosening them up for medical or even some recreational uses. Universities on both sides of the Atlantic are funding medical or psychological studies, providing both incentive and evidence for the progressive shift.

It seems clear that the direction headed for psilocybin is away from black market ‘magic mushrooms’ and into the modern drug limelight. Which also means serious business opportunity.

Why Canada is poised to make millions (at least) off magic mushrooms.

Canada’s successful economic experiment with cannabis shows that it has the business, legislative and logistical infrastructures needed to capitalize on psilocybin production and even export.

Already the Canadian exchange lists some of the few players in the emerging field. Companies who, despite the lack of legal status of their potential products, are already worth tens of millions in anticipation of their future successes. When a London based company (Compass) patented an artificial psilocybin molecule, their stock more than doubled in value. There is very real interest, and money, in the market, and Canada should not hesitate to capitalise.

Canada has a history of medical and therapeutic innovation, and Canadian entrepreneurs are well equipped and eager to move into this new space. From large pharmaceuticals to functional mushroom health innovators, Canadians are positioned to profit. But the gains they would make are more than just economic. There is real psychological and medicinal value to be found in these under-explored molecules.

How long will it take for the ‘magic’ mushroom economy to grow?

It is clear that we are witnessing the debut of a shift in consciousness surrounding the use of psychedelics. Rather than the wild and unbridled enthusiasm of the 60s, the current trendsetters are patient, grounded in science and looking to bring major benefits to some of the most vulnerable in our society. The August decision is evidence that their efforts are starting to pay off.

While the landmark ruling from the summer is just one slow step, things may be speeding up for the Canadian psychedelics market. They certainly are in other countries. Canada should not let itself be overtaken, or they will lose the chance to set themselves up as leaders in an industry projected to hit 7 Billion Dollars by 2027.