Neither snow, nor rain, nor Coup D’Etat could slow oil price optimism.

Unprecedented scenes of upheaval in the US capitol on the 6th hardly seemed to put a dent in the markets, and oil and gas prices were no exception. Despite capturing the attention of the world, stock and commodity prices continued their rally, bolstered by the vaccine rollout and positive political news. News which the riots in Washington DC overshadowed in the media, but not the markets. 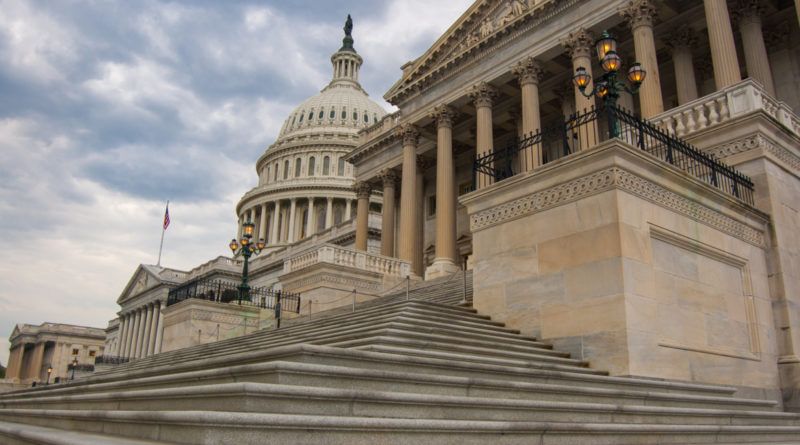 Voices were raised on Wednesday, from the softest to the loudest, against the DC riots that led to an unprecedented storming of the Capitol. US Senators and Congressmen had to be evacuated or moved to safety when protestors arrived in droves inside the supposedly secure building. Eventually the National Guard even had to get involved to maintain order, and many denounced what they described as an attempted Coup D’Etat by the disgruntled Trump supporters.

Yet had you never turned on a television, opened a phone, read a tweet or even tuned in on the radio… and only looked at the stock markets, you might never have noticed. Indeed the markets were strong on Wednesday following an early pick up that held well into the afternoon despite the turmoil. Nowhere is this more obvious than oil prices, where a sharp dip on the 4th-5th had been replaced by an upwards optimistic surge; one which barely flinched in the face of the violent coup d’etat, finishing wed above $50 USD (Brent Crude). A high unseen before the holidays, and its highest since the steep plunge of early 2020.

How is that the normally sensitive markets could be so immune to such chaos? What is the real cause of the rising price per barrel? And will the oil price optimism hold throughout the weekend and beyond? These are the questions we aim to address in the first weekend energy outlook of the new year as we puzzle out the impact of this week’s energy news.

Oil prices immune to politics? To a coup d’etat? Not very likely.

We have seen in the past that oil prices can be quite responsive to political news, even in a year as tumultuous as 2020. Yet now in 2021 they seem to ignore the first major crisis that comes their way, and it was hardly a small one. Armed protestors inside the US legislature, politicians on both sides of the aisle speaking out, even a few tragic deaths. Yet market prices, including oil, did not stumble or fall, even though the attempted coup seemed to add to the uncertainty surrounding the safe transition of power.

While this huge source of uncertainty might normally have caused prices to fall, their current high trend does have some justification in other political news the markets may have been more attuned to. For one thing, despite the interruption, president-elect Biden was successfully confirmed in the early hours of Thursday morning. This may have been sufficient to erase any worries about a peaceful transition.

What’s caused this week’s market and energy rally in spite of the ‘coup d’etat’?

However, this is not sufficient to explain the absence of a price shock. Were the markets so skeptical of the Trump supporters’ chances that they simply ignored an attempted coup d’etat? Unlikely. A more reasonable explanation is that investors’ attention was focused on the longer term trend, which other political news lent more promise too. Notably the election of not one, but two democrats to senate seats in Georgia.

These confirmations give democrats a majority in the US senate, and thus a mandate for future policy making. Particularly spending. The Democrats have drafted and championed legislation to increase stimulus spending following the pandemic, increases which the republicans were blocking. It is likely that the rally on Wednesday was a direct result of the market’s predictions of future—and potentially quite generous—government spending as a result of the US Senate race outcomes.

This could be the real source of oil price’s optimism in the face of violent upheaval, and might have been enough to ignore the short term volatility caused by the so-called coup d’etat.

Will the high oil price optimism hold through the weekend?

So far the market’s enthusiasm has not been dampened, but skeptics might ask how long that can last, particularly for oil and other energy prices. After all, the Biden campaign was often fairly harsh on fossil fuel expansion, and their encouragement of climate conscious policy-making could fairly be predicted to be harmful to oil and gas companies long term.

While one might think that this would depreciate the value of fossil fuel companies long term, there may still be reason to think the oil prices will remain optimistic. For one thing, oil’s price, and the many companies whose stock depends on its long term profitability, have been significantly depressed by the Covid pandemic already.

Ultimately this means they will be more responsive to upwards pressure from general economic trends and outlooks, such as vaccine roll-out or stimulus packages, than to downwards pressure from potential policy. Though such worries may imply that their eventual peak will be below pre-Covid levels, for now they still have not quite recovered from those 2020 falls.

Either way, we are unlikely to see oil prices fall below 50$ a barrel without significant supply shock, though if enough countries announce extra lockdowns the demand effect could be significant enough to end the current optimism.