Look out, the Virtual Reality (VR) renaissance is here. With virtual officing and conferencing now the new norm thanks to COVID-19, companies are clambering over each other to convince us that their ‘immersive’ tools are the way of the future. But let’s not get ahead of ourselves here—VR still has a long way to go, so will any of this stuff really stick once we get back to life in the real world? 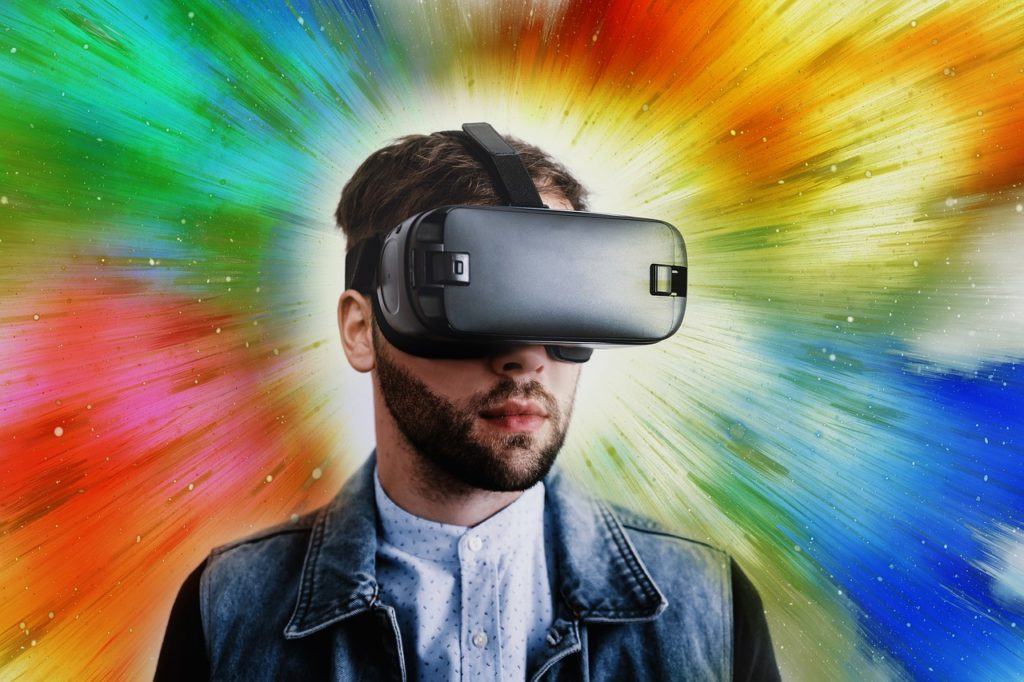 Look, I get it. It’s hard not to get all pumped up and start frothing at the mouth over the latest groundbreaking technology. What? With gushing journalists all too ready to parrot the hyperbole being spewed out by marketing departments the world over, I can’t really blame you either. But, if you believe all these promises of a boundless tomorrow and an infinite beyond, perhaps it’s time for a (virtual) reality check.

Yep, I’m specifically talking about Virtual Reality technology and all the crude ‘innovations’ tech companies have been churning out and hyping up, especially during all the COVID-19 virtual office/conference hype. All this hubbub is devolving into one giant circle “hug” where the idea that we’re now in some kind of VR renaissance period is being treated with the sort of reverence that’s usually reserved for facts that are actually provable. Come on, let’s get real.

Don’t get me wrong, some of this stuff is really freakin’ cool…

It would be easy to write of my fervent ranting as nothing but the bitter cynicism of a fulminating old man. But hey, I do dig some of this stuff. There are some companies doing some really cool things in VR that, as they mature over the coming years, will make real differences to our real lives. Hell, I’ll even suggest that you invest in some of these new-fangled VR tech companies.

But, as with all things where you find yourself on the edge of something—whether that something be the edge of a cliff or a new revolution—it’s always wise to look before you leap, lest you fall into the abyss of broken promises and shattered dreams. You see, there are charlatans and morons out there (sometimes it’s hard to tell one from the other), who see something new and shiny and suddenly think they can sell it to everyone… for everything. Want a case in point? Okay. Do you remember the Honeywell 316?

Back in 1969, some bright spark over at Honeywell had a brilliant idea. No doubt inspired by the important role computers had played in the moon landing that year, this brain fart led to the release of a pedestal-mounted kitchen computer that doting housewives could use to store and retrieve their loyal husbands’ favorite recipes.

And hey, who would be able to resist? This bright red shiny machine with its complementary apron in multi-pastel provincial cotton promised to transform the mundane but otherwise simple task of writing down a recipe. With two to three dozen toggle switches and a binary display forming the user interface, it was about as brilliantly efficient and user-friendly as a bicycle on Mount Everest.

So why this detour down memory lane? Surely today’s portable VR headsets with billion-K displays and gesture control are a whole other universe away from that binary-spurting, toggle-switched beast from the days of yore. How can one possibly see any parallel here?

Oh yeah, that’s right. Now we’ve got companies like MeetinVR and Oculus with its “Infinite Office” experience springing up all over the place. And, if you listen to all the drivel tech pundits have been furiously bashing into their keyboards throughout the pandemic, you’re probably thinking this is the way of the future… right? But not so fast there bucko. Put the sales copy down and step away from the VR headset.

You see, if you thought Zoom meetings were already bad, then wait until you try VR meetings. There’s simply nothing better than being “immersed” in a world of 3D avatars that have approximately the same gamut of facial expressivity as someone suffering a botox overdose. And hey, even if we ignore the most basic building blocks of human expression VR “immersion” bypasses, we still get stuck with latency issues (no, 5G isn’t going to revolutionize anything)… and Harry from accounting who has the unusual ability to simultaneously breathe heavily into the microphone whilst also sounding distant and echoey.

And let’s not forget this whole gesturing thing. Remember the days when we were going to command all the machines with our voices? The days before we all woke up and realized that it was a clunky, awkward way of interacting with technology? Well, if the whole voice command thing never took off like we once dreamed it would, what makes anyone in their right mind believe that gesticulating wildly is an adequate step up over conversing with Siri?

Is anyone prepared to shine the light on the reality of all this virtual conferencing and remote officing?

I can’t help but get the feeling that all this buzz is the tech world equivalent of one of those awkward performance reviews where you’re expected to feign your passion for your illustrious career as a corporate boot licker. Your manager knows that you’re not being genuine, and you know they’re not buying it. But still, you both wax lyrical about the job, the team, and each other. And then, once it’s all done, you thank them for their constructive feedback, they thank you for your open candor, and then you both go home and silently cry yourselves to sleep.

You see, at the moment I can’t shake the feeling that a lot of the love being heaped on VR is only happening because no one wants to be the buzz-kill guy that poo-poos on everyone else’s eternal optimism. It’s bad for morale and team spirit, even though everyone tacitly acknowledges that VR offices and conferences are nothing but a steaming pile of sh…iny new distractions that we’ll all abandon as soon as we can go back to living like we used to.

Fortunately, not all tech companies are getting carried away by the supposed revolution that COVID-19 was the catalyst for. Instead of piling resources into the “future,” we’re now seeing a few intrepid souls betting on the return to real-life by forging ahead and planning in-person conferences in a year where many are still being canceled.

This is the case over in Southern France, where one of the first truly international tech events of the year will be taking place: the Startup Supercup. Here at least it seems that the French love for tradition is a positive thing for a change and, for once in my life, I couldn’t agree with them more. There’s quite simply no way that Virtual Reality is ever (at least for the next couple of decades) going to replace the experience of shaking an investor’s hand and hashing out a deal using the full range of communication that the human body and face have bestowed upon us. Sure, maybe we will occasionally have our nostrils assaulted by Harry’s affliction for keeping the Paco Robane One Million production line moving, but let’s not forget his microphone habits either…

If I’m right about virtual meetings and conferences, then this is where VR is really headed

If you really want to see the future of Virtual Reality, then you need to start looking at the way it will augment our lives rather than completely replace them. The fact remains that we are human at our base, and it will take a very giant leap in technology to even come close to creating a genuinely immersive virtual world. But that’s okay because, just like computers and thousands of other inventions that have come before, VR has plenty of uses in applications that complement our real lives rather than pretending to replace them.

These sorts of applications are those that companies like XRApplied are working on advancing. This is particularly the case in the slightly stripped back version of VR know as Augmented Reality (AR), where some of the same tech found in VR is used to overlay information and visuals onto the real world. The applications for this include everything from assembly lines and logistics planning, right through to product catalogs that place virtual versions of real products into the real world. Like this, VR and AR become a complement to our lives, rather than a watered-down temporary replacement of them.

(Featured image by geralt via Pixabay)