Renewing your portfolio with green energy

Markets have never been so uncertain. Many investors fear an imminent stock market crash, whilst others think they’re riding the feel-good vaccine wave to never-seen-before index highs. This, coupled with almost non-existent interest rates is only complicating things for the long-term investor looking to grow their investment whilst earning a healthy return. Is green energy the answer? 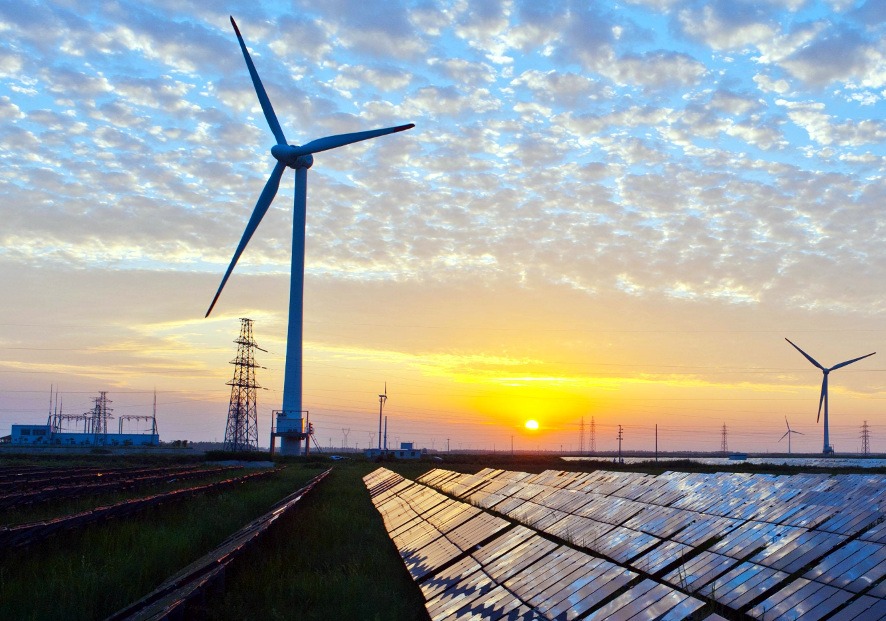 Long term investing was once a relatively simple affair. Buy an index fund, lock some cash away in an interest-bearing account. Done. Simple. But then the Bank of Canada got bored during COVID-19 lockdowns and decided to shake things up a little. It opened an account at Canada Copy, attached a pdf of Sawbacks and Bordens, and then mashed the numeric keypad for several seconds when filling out the “QTY” box. Then, realizing that the “folie” of its online shopping spree would leave it heavily overstocked, it decided to discount its entire range of products by 85%, dropping its policy interest rate from 1.75% to 0.25%.

Now the stock market is in shambles. Heavily overvalued by some estimates, there are many well- and not-so-well-known investors who fear we could be in for some turbulent times. And any hope of finding an interest-bearing account that can even keep up with inflation is gone.

Where do we turn now?

So what do we do now? Real estate? Maybe not. That’s also looking overvalued. Bonds? Nah. Have you seen the yield on Real Return Bonds? (Hint, you effectively have to pay for the pleasure of holding one.) What about gold? Maybe, but that’s a big maybe. Despite all the predictions of a US$2000+ promised land, there’s a lot of resistance above US$1960 and a whole lotta downside below US$1860.

What about good-value dividend stocks in an industry that’s almost guaranteed to do exceptionally well for itself over the coming years? Yes, please! But do such stocks even exist? Yes, they do: say hello to green energy.

What’s so special about green energy?

Green and renewable energy have been hot topics in recent years. But widespread adoption has not yet arrived. Technological hurdles needed to be cleared, and widespread public will was just not there.

But in its recently released Renewables 2020 report, IEA estimates indicate that we have now reached the tipping point where green energy is about to get a clear downhill run. This also lines up well with a report by the agency just months ago which found that the cost of new solar electricity generation projects was now cheaper than the old coal and gas go-tos we’ve come to know and love (for their electricity generation cheap prices), putting in a huge financial incentive for solar energy investment.

Major oil and gas companies are joining the trend

Such is the strength of the movement that many oil and gas companies are now coming out with lofty targets for emissions reductions. Admittedly, some of this is likely to be motivated by government net-zero targets set by states in the EU and elsewhere—as revealed by the geographic disparity in oil and gas investment activity—but this is also somewhat beside the point. The fact that oil and gas companies are investing heavily as developers or equity investors says a lot about the direction we’re headed, particularly when the seven-fold forecasted growth in this sector’s share of investment in renewables is considered.

The upcoming Biden presidency also bodes well for the sustenance of this trend, too. It was widely feared that Trump’s decision to drop out of the Paris Agreement would lead to other countries following suit. But Biden has vowed to put the U.S. back into the agreement as one of his first orders of business. This renewed peer pressure by the U.S. should dissuade other nations that were considering also leaving the accord, ensuring that political pressure to decarbonize remains high.

Another IEA report studying the COVID-19 impact on electricity demand found that, whilst there was a drop in electricity demand during the peak of lockdowns globally, it quickly recovered to an average of just 5-10% down on the equivalent weather-adjusted periods in 2019. While this is not an insignificant decline in demand, it does, however, look almost positive when compared with how most other businesses have fared throughout the global health crisis.

This is where things get interesting. Unlike the tech-darlings of the last few months that, much like their share price, are only focused on achieving the most rapid expansion possible, many green energy companies are turning healthy profits and paying that back out to their shareholders. And, given the current state of the renewables market, these will be amongst the most secure and stable dividends around.

What’s so attractive about this is that the almost-guaranteed dividend yield will only work to keep stock prices from collapsing in the event that the doomsday predictions about a market crash do come true. No matter how irrational the market may become, there will always be a market for high-yielding stocks.

Who to invest in?

With these considerations in mind—stable dividends renewable energy stocks—here are six picks that will serve you well as long-term buy-and-hold stocks. They’ve all been found to have an above-average rating for dividend sustainability,

Brookfield is one of the largest publicly-traded renewable power platforms in the world, with a portfolio containing close to 20 MW of capacity and over 5000 power generating facilities across North and South America, Europe and Asia. As a driving principle, it holds itself to deliver long-term annualized returns of 12%–15%.

Currently celebrating its 30th anniversary, Innergex is heavily involved in developing and operating hydroelectric, wind and solar facilities around the world.

Algonquin is not a pure renewables play, having a diversified portfolio spread across generation, transmission and distribution of natural gas, water, and electricity. But green energy is a major focus for the company, which cites itself as a “global leader in renewable energy through its portfolio of long-term contracted wind, solar and hydroelectric generating facilities representing over 2 GW of installed capacity and more than 1.6 GW of incremental renewable energy capacity under construction.”