While many Small and Medium Enterprises (SMEs) in Canada are coming under increasing stress as a second round of COVID-19 lockdowns sweep over battered local economies, tech giants like Amazon are doing just fine. In fact, they seem to be living in a world of their own, one in which they claim SMEs are doing great (thanks to Amazon of course), whose vision of the current crisis is more accurate? 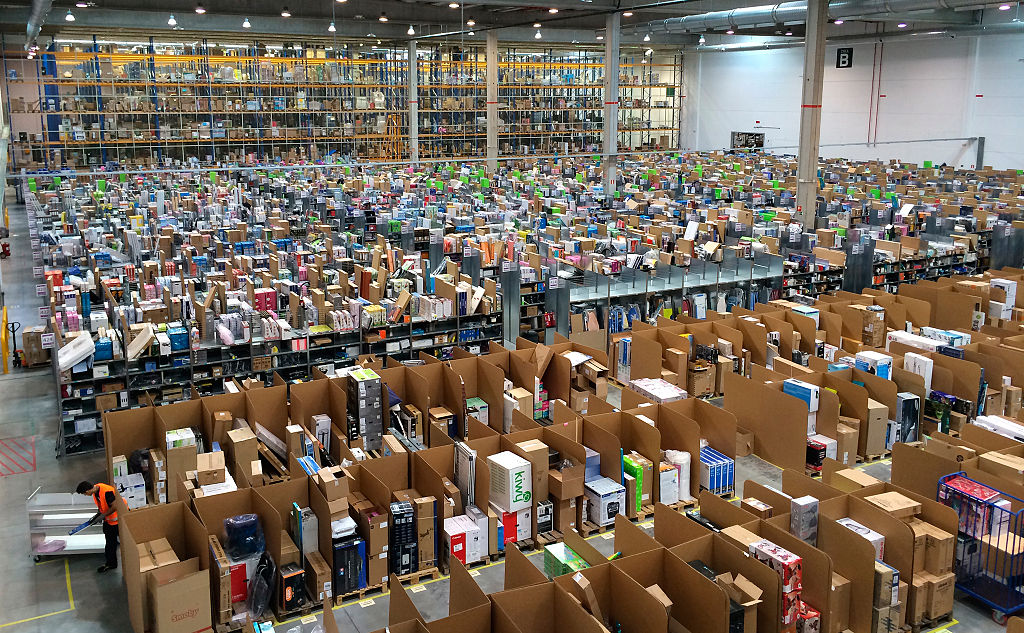 Amazon, Facebook, Google, these companies are so big they have a business and economic gravity of their own. But they also sometimes seem to be living in an entirely different reality. One need look no further than Google’s newsfeed to find a stark example of the alternate reality big tech giants like Amazon are living in.

Side by side articles saying very much opposite things. In the first article, Amazon is praising itself for successes delivered to Canadian SMEs. Claiming they are thriving thanks to the new measures Amazon implemented “for them”. The second contextualizes some of the findings of Statistics Canada’s latest report on the Covid-19 economic crisis, and includes the perspectives of numerous affected SME business owners in Edmonton. Let’s dive a little deeper into both to find out how SMEs in Canada are really doing, and what role Amazon has to play.

Living in a divided reality: Amazon and SMEs in Canada

In order to more accurately parse the contradictory information offered by Amazon and Canadian statistics, we’ll need to dive into the Data. Unfortunately, the link on the article from Amazon to their ‘report’ is broken…not a great start for a tech giant!

While trying to find the elusive report, we ran across a dozen syndicated clones of the article in question. Clearly, Amazon is anxious to get the word out about how much it is helping SME in Canada. Most of the clones had no live links to the report, but by following them down the rabbit hole we managed to get our hands on the original with a link to the “report.”

Amazon’s so-called report did have a few numbers, but not many more than the press release. There was also no link to their data nor the specific distribution of Canadian sellers working with Amazon, only a vague “many of which are small and medium-sized businesses.” Which, of course, calls into question how much of their data is really from, or relevant too, small and medium businesses. SMEs whose smiling founders grace the meager 10 pages of what ends up resembling more of a brochure for their web services. So much for the ‘SMB impact report’.

Nevertheless, according to Amazon’s communication team, the message is clear: “smaller companies have continued to grow with Amazon, despite the crisis.”

While Amazon acknowledges some difficulties for SMB/SMEs in its report, it does not dwell on them. Instead, it chose to gloss over them as the context for the wonders of their digital tools and market successes. The neighboring article has no such illusion (or ulterior motive), here they state clearly that “small businesses have been impacted the most by the pandemic.”

As examples, they dive into a few adversely affected SME owners, share their hardships, and back up their stories with reference to Statistics Canada data. The Canadian statistics agency’s report (which also required some digging to find) paints a much starker picture of SMEs and SMBs who have “begun to adapt to the new reality by shifting to teleworking, reducing hours, laying off staff, applying for government funding or seeking rent relief.”

According to the report by Statistics Canada, which has a more rigorous approach to data than Amazon’s, the reason for small business owner’s hardships is twofold. On the one hand, revenues are down almost across the board, with between a fourth and a fifth of SMEs seeing revues 40% lower or more compared to last year. At the same time, the smallest businesses are the least likely to have seen an increase in revenues. I guess we know who isn’t benefiting from Amazon’s extra billion in sales revenue.

On the other hand, they also highlighted the difficulties smaller businesses have in taking on debt. Offering up data revealing the extent of liquidity difficulties faced by small business owners, though presumably they did not ask about Amazon’s “liquidity injection.” A program which the tech giant claims offered 1 billion in AWS (Amazon Web Services) credit to ‘startups’ (note they did not specify the size). But, given how limited the application of this credit is, it is an understandable oversight.

Clearly, the picture for SMEs is far more grim when looking at the real statistics than through the lens of Amazon’s communication material. But there are some areas the two agree on

What do the reports by Amazon and Statistics Canada have in common?

Despite the considerable difference in tone, outlook, and rigor, the two reports the original articles referenced do have some common ground. Both agree that SMEs are essential to Canada’s economy, and future.

While Amazon dwells on their exports and innovation, Statistics Canada reminds us that they make up over 90% of businesses in the country and employ more Canadians than any other category. And unlike the biggest companies, such as Amazon, SMEs were the least likely to lay off workers during the crisis. And for those who had to, they were the most likely to hire everyone back to full strength at the first signs of recovery.

Clearly Canada owes a lot to their small businesses and entrepreneurs, and whether they owe any success to Amazon, or whether Amazon’s success in Canada is thanks to SMB’s hard work, innovation, and bravery in the face of crisis will be up to you to decide for yourselves.

(Featured image by Álvaro Ibáñez (CC BY 2.0) via Wikimedia Commons)

PrevPrevious postUp late looking for a stock to snack on? Try Alimentation Couche-Tard
Next postGM, Amazon, Zoom, and XRApplied showing the world how to do things faster with Virtual RealityNext