Innergex Renewable Energy is moving forward on many fronts including solar generation and battery energy storage projects in Hawai'i. 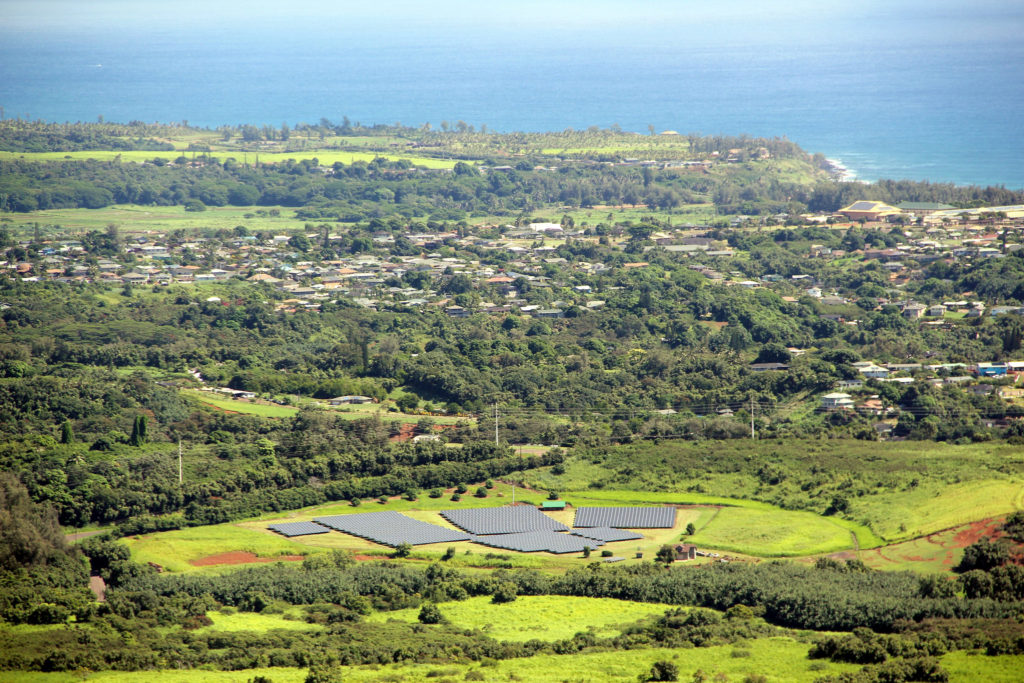 Innergex Renewable Energy’s proposal for two solar generation and battery storage facilities to be built in Hawaii has joined a larger group being submitted to the state’s Public Utilities Commission. It is all part of a groundbreaking portfolio of projects designed to move the electric system’s progress away from fossil fuels and towards renewable energy. Innergex’s proposal can be viewed both as part of the company’s trajectory and as an example of changes in the industry.

Innergex Renewable Energy Inc. (TSX: INE, OTCMKTS: INGXF) is noted as a “developer, owner and operator of run-of-river hydroelectric facilities, wind energy, and solar farms in North America” with headquarters in Québec. Founded in 1990, the company focused on hydroelectric for many years through acquisitions and gradually expanded to developing and operating facilities. Wind followed with a similar model and solar is being gradually added.

The participation of Innergex in a larger group of solar power plus battery storage projects submitted to Hawaii’s Public Utilities Commission marks their entry into the battery storage market. The Innergex component is a plan for Innergex to develop the Hale Kuawehi and Paeahu solar and battery energy storage projects. As Innergex President and CEO Michel Letellier said, “We are excited to enter the growing and promising battery energy storage market, in which we intend to become a key player.”

The 25-year agreement requires Innergex to supply electricity to Hawaii Electric Light Company and the Maui Electric Company at a fixed price. This electricity would be available as dispatchable energy on an ‘as-needed’ basis. Both projects are expected to begin operation as of 2022.

Though this is a big move for Innergex to expand their operating terrain, it is an even bigger move for Hawaiian Electric Companies. They have submitted seven such projects to the Public Utilities Commission involving a total of three companies in addition to Innergex.

In the last 10 years, since the Hawaii Clean Energy Initiative was created, the electric companies have seen a reduction of 26 percent in fossil fuel use. Proposed projects are expected to double that reduction. In addition, the pricing of six of the seven projects is the lowest so far for renewable electricity in Hawaii and is “significantly lower than the current cost of fossil fuel generation.”

Senior energy storage analyst at Wood Mackenzie Power & Renewables Dan Finn-Foley expressed his amazement at the proposed projects saying, “It’s hard to overstate the scale of this announcement.” But he maintains that “what’s even more notable is the range of PPA prices.” The fixed-pricing “means that from 2016 to 2019 solar-plus-storage PPA prices in the state dropped by 42 percent.”

Finn-Foley also notes that this project is bigger than most seem to realize. It would almost double U.S. energy storage and, taken as a whole, the second-largest storage announcement in history. Then again, it is the pricing that seems to be catching the most attention with Finn-Foley describing it as “jaw-dropping” and Will Giese of Hawaii’s Solar Energy Association considering it “mind-blowing.”

Finn-Foley maintains that “with prices like these, it’s easy to understand the confidence of Hawaiian electric providers that their islands can hit 100 percent renewables ahead of the 2045 mandate” referencing the Hawaii Clean Energy Initiative. The initiative focuses Hawaii’s efforts towards energy efficiency and renewable energy targets that are often turned into law.

Storage, transportation and the new grid

The above multi-company projects currently under consideration will give a big boost to reaching those goals. They are part of a larger agenda from Hawaiian Electric designed to increase resilience and the use of renewable energy. Hawaiian Electric president and CEO Alan Oshima stated, “We have tremendous momentum as we move into 2019, especially in (the) electrification of transportation and grid-scale energy storage.”

Other such energy projects are also underway. A related shift in support for electric vehicles is moving forward with increasing charging options and the introduction of new e-Bus programs. Strong progress is also being made with the technology that supports customer solar production that can feed back into the grid.

And all such projects and systems will be affected by a modernization of the electric grid beginning in 2019. Advanced meters will be installed and more direct online access to monitoring and control of services will be available. Customers who cannot install rooftop solar can join the Community-Based Renewable Energy program and get credit on energy bills. For those using rooftop solar, grid management problems are being addressed that will greatly reduce automated shut-offs of energy flowing from homes back into the grid.

For Innergex, expanding into battery energy storage in Hawaii offers the company an exciting route to increased visibility in this realm given Hawaii’s leading edge status in renewable energy at scale. Innergex, Clearway, and AES are all three worth considering more closely as plays in a world that is only in the beginning stages of adjusting to climate change.