Canada’s oil industry scrambles to deal with falling oil prices, too few pipelines and demand for the product. 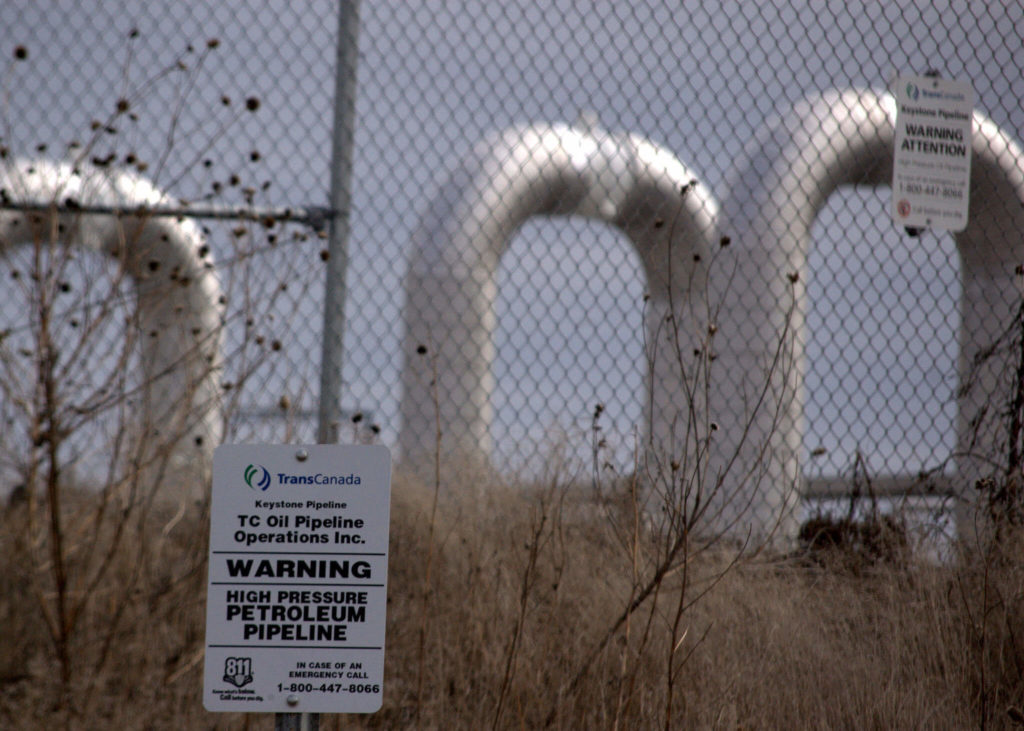 One of Canada’s largest industries is oil and gas. The energy sector on the TSX displays the number of companies so vital to their economy. With 120 on the TSXV and 73 on the TSX, it creates a significant area for investors to explore.

Much of Canada’s oil reserves in geographic terms lists as oil sands, with 20 percent near the surface and 80 percent deep in the ground. It took innovative technology to create the processes to retrieve the oil from the sands. The abundance makes Canada the third largest oil reserve in the world. For nearly five decades the oil industry has found ways to navigate regulations, extract oil and make a profit. It did it so well it now has a glut.

Once the oil has processed, it must become stored or become moved to where it is needed. Once storage facilities become full, the option left moves to flowing it down a pipeline. Unfortunately, Canada does not have enough pipelines to move all the oil that has been pulled out of the oil sands. Basic economics works on supply and demand which effects pricing on the markets. In this case, plenty of oil from Canada exists and plenty of demand. Usually prices would rise, but instead, the prices have fallen due to global markets and U.S. rising dominance in oil again.

Oil and gas ventures take many risks and need a lot of money to develop, with many companies failing along the way while the ones that succeed make large profits. For investors, its knowing which companies will most likely succeed in navigating the mining, drilling, processing and pipelining. It also takes the ability to join the oil and gas industry’s business network, since to move the products, it takes agreements with those enterprises and governments.

Yet no company could have prepared for not enough pipelines to meet the demand. Young oil companies in the Far North have been put in jeopardy since less money flowing means operations become difficult. Veteran oil companies may have reserves for such events, but if it goes on too long, it affects oil pricing and leaves little money to put more infrastructure in.

The National Energy Board, who are aware of the problem, noted a significant benchmark differential between Western Canada Select (WCS) heavy oil and West Texas Intermediate (WTI). The metric if the WCS Canadian oil rose above the Texan WTI which was then the metric terms for positive and seen as a premium. If the WCS Canadian oil falls below the Texan WTI, then its terms become negative and will be called a discount. Those commodities show a quality difference between the two crudes, reflects a transportation cost and indicates trends of the supply and demand.

Normally WCS trades at a discount, to begin with, but now the differential gap has become much larger and Canada received a much lower price for her oil. All those associated with that series of events became negatively impacted. The largest supplier of heavy crude to U.S. refiners remains Canada, yet the oil products are now being sold at rock bottom pricing.

An ominous lack of pipeline infrastructure exists for Canada and is pointed as the root cause of the issue. The pipelines have performed under maximum capacity and the storage facilities have filled. Further problems arise from the fact that pipelines cannot become built in a day.

The province of Alberta stepped in with Rachel Notley in December and directly regulated the oil companies by mandating to cut production to 325,000 barrels per day out of the Canadian markets. That signaled the seriousness of the situation. Only four pipelines exist presently.

Crude oil production grew faster than pipelines. Canada did try, but numerous lawsuits have delayed the process of installing pipelines. Enbridge has a construction project of replacing a pipeline which will finish by 2019 yet this does not solve the problem. Trans Mountain Pipeline extensions, as well as Keystone XL extensions, are also delayed.

An alternative to the pipeline are rail and tanker cars yet the rail space remains small. Rail car has been the backup for overflows of this nature mentioned but for short terms. It has not been proposed as a long-term solution. Oil must compete for space with other commodities. Oil by railcar has increased significantly since 2016.

As the government and the oil companies find ways to ship oil to consumers, the price of oil stocks will change, with U.S. oil markets impacting Canadian stock pricing. Finding a set of companies to watch will give possible early indicators of the market shifting especially those that cover most of the oil operations. Possible suggestions list below:

Imperial Oil (IMO) influence the Western Canada oil fields. Reported by Investopedia EXXON owns 70 percent of Imperial Oil. The company does exploration, production, distribution, and marketing. It can serve as an indicator of developing market trends since association with EXXON gives an investor both sides of the oil markets as far as U.S. and Canadian oil relationships are concerned.

Canadian Natural Resources (CNQ) classifies as homegrown and fully Canadian but is a global enterprise. Founded in 1973 it has operations in the North Sea, Africa, and Western Canada and has prime status as a major oil player.

Oil relationships remain complicated and affected by other oil groups such as found in the Middle East and Asia.  Stringent regulation by governments also come into play. Add in oil in pipelines between independents and brand oil sometimes mix depending on the markets. Find out the parameters of the oil markets for the quarter and make decisions from there.