HMV had a long history of providing music to the public and though its version of music retail ends, its values live on with Sunrise Record. 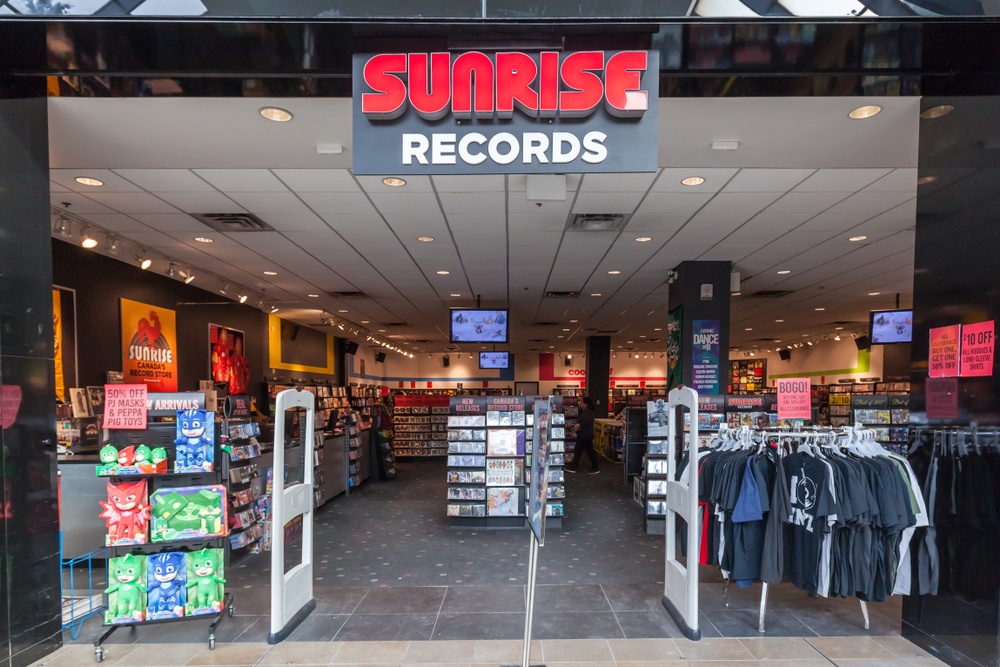 His Master’s Voice (HMV), mostly known for its iconic cute dog Nipper with cocked ear near a gramophone, was bought by Sunrise Records in February. An early innovator in music content, the London-based firm chose Francis Barraud’s astounding painting His Master’s Voice for its trademark.

Its first shop appeared on London’s Oxford Street. From then on, its rapid growth put HMV in eight countries. The gramophones playing a record softly while the trademark dog spun around became well-known across the world.

By the 1930s, it had added EMI Electric and Musical Industries under its belt. A set of recording studios appeared on Abbey Road. Canadian and American audiences became familiar with the location when the Beatles popularity rose in the 1960s. An album was even named after the location recording studio. Prior to that period, HMV established European licensing agreements as well as USA agreements with Paramount Record, MGM and Mercury Record.

HMV made all the right moves. It struck up gigs with Keith Prowse Music Publishing along with Central Songs. It expanded its retail division and added a specialist niche. Radio Rentals, Screen Gems, Colgems, Chrysalis Records, Sparrow Records, Virgin Music Groups and Intercord all became part of the HMV’s family.

Starting about 1998, the company fend off bids for . The year 2000 saw the firm moved into buying book chains. At the same time, it began to close stores in some locations.

In 2008, it was one of the winners of the MCV Industry Excellence Awards. The next year it moved into live venues with Hammersmith Apollo and then digital venues with 7 Digital download service.

Nothing worked long for HMV for the following years until 2013 when Hilco came in and restructured HMV amid debt load and tax load. It managed to become second in shares after Amazon. In 2015, it surpassed Amazon as the largest retailer of physical music.

HMV knows retail music well especially the physical aspects of the industry. Ultimately, the consumer determines who makes it. The model that had worked so long for HMV no longer worked as millennials became the major music purchasers. Fierce competition from download streaming platforms took away future business opportunities and sustainable development.

According to an annual report from the International Federation of the Phonographic Industry, digital revenues now take 54 percent of the global recorded music market. In 2017, total streaming venues had an increase of 41.1 percent. Now, digital has become the single largest source of music revenue. It translates to 176 million users with paid subscriptions.

Astoundingly, 64 million subscriptions began in 2017and this massive shift may have affected HMV. While the company made good decisions for its physical music, the consumers prefer digital streaming.

In 2017, Sunrise bought HMV in Canada. As HMV fell into bankruptcy, it restructured and opted to place 70 stores mostly in malls. It revamped the stores to have a lower head office cost-plus a renegotiated and added more depth to the catalog.

Presently, the HMV Canadian stores taken over in 2017 have shown profits and a similar plan for the England stores has been put in place. Sunrise also added a feature to pull music lovers into stores: it hosts unsigned Canadian artists to perform in competition in the stores itself. Subsequently, the unsigned artists get to stock their music in the Sunrise store. Seeing how buyers respond to music lets the industry and the artist get feedback on what consumers like.

(Featured image by JHVEPhotos via Shutterstock)