While investing in the world of junior mining can be highly speculative, the rewards for those who dare can be spectacular. And while stories of insolvent junior miners and questionable stock promoters can put off many investors, this doesn’t necessarily mean that the entire industry should be avoided—a decent growth portfolio of junior miners can be built up with a little due diligence. 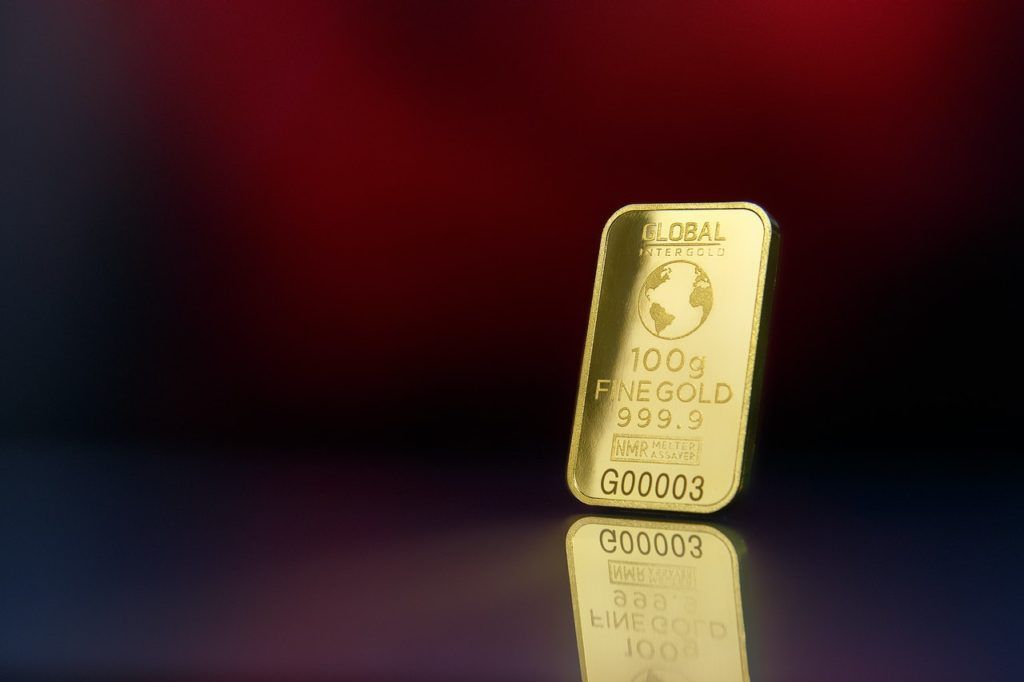 For investors seeking explosive growth stocks, there aren’t a huge number of options available. Sure, recent times have illustrated the potential that tech stocks have, but predicting the future trajectory of a tech firm can often be more a case of “hope and pray” than informed investors want. Too often, a tech firm’s potential market is more heavily correlated with the whims and wishes of its final consumers, and the caprices of regulators that rule the legal landscape into which it is headed.

For the investor who wishes to make more informed decisions, however, there does exist an alternative at the opposite end of the spectrum: junior mining.

Yes, junior mining can be highly speculative. Most junior miners do eventually run out of cash and become insolvent. It’s just the nature of the game: going to an undeveloped or early-stage property and striking it rich is as much about luck as it is about geological nous.

But investments don’t have to be as speculative as industry attrition rates would, at first, suggest. At the early stages, there are some signals that indicate the viability of a company. Answering questions like who are the stock promoters and directors, what jurisdictions are they operating in, and what historical exploration at concerned properties has revealed can already provide some insight into where a junior miner is headed.

Then, things become less speculative again once a junior miner has undertaken some exploration and released results. This is the stage at which there is far more to measure the potential of a junior miner by than the mere rumor of deposits in whatever region or property it’s exploring.

By this stage, we can also begin to gauge the company’s commitment to its projects and if its financial management and capital raising efforts bode well for its future.

Is it providing regular updates on its progress, and do these updates deliver news about real projects and/or contain concrete results? Has it managed to remain solvent by managing its cash burn and raising additional capital when needed?

In order to show how a cursory assessment of a junior miner’s potential might be carried out, let’s take a look at one that’s already been featured on Laurentian Bank’s Mining Watchlist a couple of times this year: Rockridge Resources Ltd (TSX: ROCK).

This junior miner is, for the moment, predominantly focused on gold prospecting at the Raney Gold Project, located in Ontario, Canada. This site, located just 35km from Newmont’s Borden gold mine, is already well served by infrastructure, going some way to ticking the first box that we need to check-off.

Location: geopolitical and infrastructure concerns count as much as mineralization

The mere existence of mineralization at a property doesn’t necessarily guarantee that a junior miner has found a guaranteed mine. There also exists the small location hurdles that come in the form of infrastructure and geopolitics.

This is one box that Rockridge can tick off confidently.

Situated in Ontario, Canada, not only is its Raney Gold Project located in one of the most mining-friendly jurisdictions of the world, but it also sits smack bang in the middle of an advanced mining economy that is already served by the necessary infrastructure.  The property infrastructure benefits from a 357kV powerline that comes within 16 km of the deposit area, and multiple paved and forest access roads leading into the site. Being in the heart of a strong mining region also gives it immediate access to a steady base of skilled employees and contractors, saving it huge upfront and ongoing capital expenditure on things like equipment and the burdens of FIFO arrangements.

Furthermore, the political climate in the region is both safe, stable, and one of the more mining-friendly ones in the world. This significantly reduces potential friction when it comes to obtaining permits, ensuring site security, and generally profiting from a stable environment in which to run a predictable business. In Rockridge’s case, this played out favorably in their recent application for a second round of drilling at the Raney property, which was fully approved and funded without any friction from investors or regulators alike.

There is also the additional consideration of historical exploration undertaken at the property in the case of an early-stage miner. However, In this case, we’ve chosen to assess a later-stage miner who has already undertaken and published the results of their own exploration at the concerned property. Generally, this is the right stage to be investing in a junior miner—once a clearer picture of its overall health and potential is forming—and there will be more on this soon.

Success breeds success—this is more than an empty platitude. In fact, it’s a scientifically proven fact that a person’s track record is the best predictor of their future success, thus this should be the measure we apply to the corporate team of any company under our consideration.

The best place to start looking is at the heads of the company—those who, ultimately, will be running the show. In the case of Rockridge Resources, we have Jordan Trimble as the president and director, and Grant Ewing as the CEO.

In the case of Mr. Trimble, we find a president who has already founded and managed multiple public and private companies. Throughout all of this, he has shown a consistent ability to raise substantial amounts of capital for mining companies and has shown a great general commitment to the mining and resources industry, acting as a global expert speaker for numerous conferences and television networks.

What this has resulted in is multiple past successes, such as being a key player in Bayfield Ventures’ eventual sale to New Gold (TSX: NGD) in 2014. Here, the company made high-grade gold and silver discoveries at the Burns Block property in the Rainy River district, resulting in the development of the successful, fully-fledged mining operation that it is today.

On My. Ewings side, we again find a deeply experienced and successful career geologist, adding the requisite exploration gumption to Mr. Trimble’s financial expertise. This geological talent has been built up over 25 years in the mineral industry, with over ten of those years spent in executive positions. Throught the last decade, Mr. Ewing has been at the head of multiple acquisition deals, beginning with the successful sale of Acadian Mining, where he acted as President and CEO. This eventually led to Atlantic Gold acquiring and further developing the assets that Acadian advanced through the discovery and resource development stages, resulting in a $700 million deal with St. Barbara. This was then followed by terms as President and CEO of Kiska Metals (2014 to 2017), which he led to a successful acquisition deal with AuRico Metals. After this, he joined the AuRico teams as the Vice President of Exploration, furthering the development of the mine until it was acquired by Centerra Gold for approximately $300 million.

Given the pair’s track record of successful deals and sound management, there is little reason to believe that the same talent won’t spell out a similar future for Rockridge. Of course, the team and locations that a junior miner possesses aren’t the sole determining factor; its future success does, rather obviously, rely on mineral discoveries.

In the early stages of a junior miner’s lifecycle, there is little more to go by than the historical results from past explorations at the property. These, however, might not always be that reliable of an indicator. It could be the case that outdated geological techniques may have been used, leading to over or underestimations of the potential. Or it could be that exploration was limited: perhaps it’s the remains of a previously ruined junior miner who became insolvent and couldn’t pursue the project further.

Whatever the case may be, usually historical indications aren’t as sure as up-to-date discoveries made using the latest techniques by a company that is in a position to pursue them further. This is the case with Rockridge Resources at the Raney Gold Project.

Here, Rockridge is now into its second round of drilling at the property, after a successful initial foray revealed high-grade gold mineralization. In addition to high-grade drill intercepts, additional data indicating the broad extent of the mineralization at the property has also been obtained using the latest techniques which were not so readily available to past prospectors, like aeromagnetic surveying using high-resolution drone magnetometers and better computers and algorithms with which to process the resulting data.

However, what’s important about the results here is that, unlike an early-stage miner where everything is still uncertain, Rockridge already has proven high-grade mineralization. What is uncertain, however, is the extent to which this mineralization exists.

Usually, this can represent the best time to buy into a junior miner. At this stage, there are already some guarantees in place as to the quality of the property; the only thing holding other investors back is the lack of exposure that anything but the most historically significant findings attract.

Further, it is also the stage at which larger miners will be paying attention. While it is still too early-stage for miners like Newmont and Barrick—who have a development and exploitation focus rather than an exploration one—it can be only a matter of time before the attention of larger miners sees the opportunity disappear as stock prices jump up.

These considerations alone aren’t the only ones that should go into analyzing the potential of a junior miner. Indeed, so far we’ve neglected to even look at such fundamental things as the balance sheet and cashflows, but these are considerations fundamental to all stocks.

The only nuance here is that a junior miner should be viewed as a different beast to, let’s say, a traditional dividend stock, like banking. Thus, it should be viewed more with an eye to future acquisition potential more than a decades-long investment product.

To state this in concrete terms with respect to its balance sheet and cash flows: it doesn’t matter so much if it is burning through limited supplies of cash. What matters is that it has a sufficient buffer between its cash burn and liquid assets to remain solvent for sufficient time to reach acquisition-stage, and that it has the capacity to raise additional capital as and when needed.

If great risk comes great reward, then it is only stating the obvious to say that junior mining is a high-risk venture. Whilst the considerations we have explored here go a long way towards minimizing the risks involved for investors, they do not eliminate them entirely. Therefore, it is only prudent to state that you should never consider investing more than you can afford to lose—this is not a game on which to gamble life-savings and retirement plans.

With that said, the rewards can be phenomenal for investors who do their due diligence. And, in sorting the wheat from the chaff, the potential risks can be minimized to a point where a successful growth investing strategy can be executed on the back of junior mining stocks. With a little research and consideration, the failure rate of stocks in a portfolio can be reduced to a level that the winners more than makeup for the less successful picks.