Reports are circulating that Biden will cancel the Keystone XL pipeline within days of being sworn in. However, Obama—who also campaigned on a green message—only delivered his initial rejection after protracted hesitations. And with the source of the information merely being an anonymous someone claiming to be “familiar with [Biden’s] thinking,” just how much can these reports be trusted? 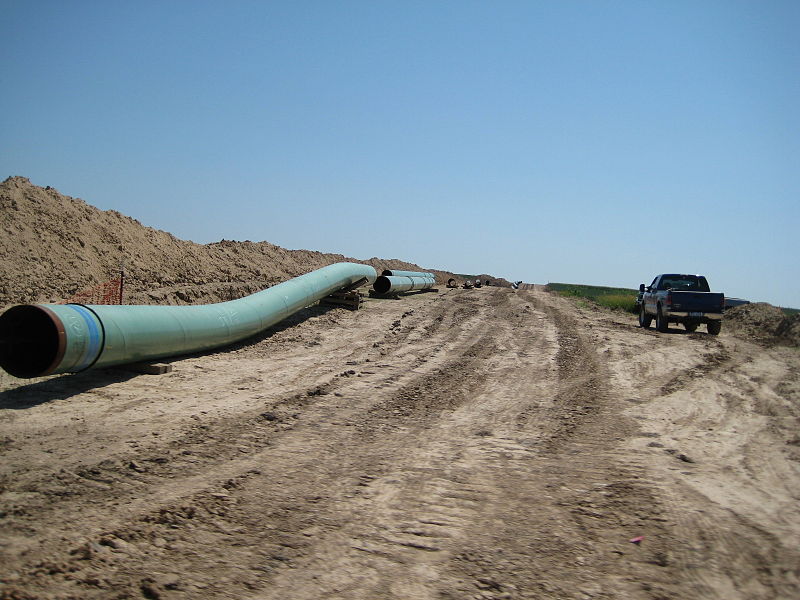 The Keystone pipeline which connects the Alberta oil sands region to key US delivery points in Illinois and Oklahoma seems headed for another setback. After already being effectively killed-off once under the Obama administration (before a swift revival under Trump), reports are now circulating that the XL extension is to be canceled by way of Executive Order (EO) within Biden’s first few days in office.

And while the reports do, however, only cite the source as being someone “familiar with his thinking,”—doing little to rule out the possibility of there just being another journalist or analyst at the source— arguably the credibility of such threats is still high. Sustainability and green initiatives formed a cornerstone of the Biden campaign and, with the project already being suspended under Obama, it doesn’t take a great familiarity with Biden’s thinking to arrive at the conclusion that there is a remote possibility that he’ll follow through. Particularly considering the Keystone XL was called out specifically during Biden’s campaign trail.

However, like Biden, Obama had also pushed a green message ahead of his election, pushing climate change issues into the spotlight on the campaign trail. Despite this, Obama’s rejection took years to finally arrive. Will history repeat itself? Will Biden really cancel Keystone XL? And if he does, will it really be so swift?

The Keystone XL extension has seen more than its fair share of bumps over the years. First approval came from the  Canadian side at the turn of the decade, during the early years of the Obama administration. Theoretically, this would have been an ideal time to seek approval for such a project; the Obama administration proudly “added enough oil and gas pipeline to circle the Earth and then some.” (Obama, 2012) But the project started attracting increasingly large opposition. Legislators, Scientists, and organizations like the EPA began to agitate, and shortly thereafter the U.S. State Department capitulated, extending its environment impact review of the project.

Once the final State Department environment impact report was released, reiterating its earlier assessment of the project as having a minimal environmental impact on the environment, tensions began to build further. Slowly but surely, a large coalition of interest groups gathered around the cause, with everyone from climate activism groups to small-town farmers rallying against the project.

This culminated in two weeks worth of protests and civil disobedience resulting in over 1000 arrests.

With the mass interest in blocking approval of the Keystone XL extension now on many politicians’ radars, the issue became of critical importance to Obama. After campaigning on a climate change message in 2008 and an election year approaching, approving the pipeline extension would come with a huge political cost. But he was, at the same time, the pipeline president who placed great importance on the expansion of the domestic oil and gas industry.

This dilemma only further contributed to delays and, by the end of 2011, legislators had passed a bill with a provision compelling Obama to make a decision on the Keystone XL extension within 60 days. This led to Obama rejecting the project whilst simultaneously inviting TransCanada to submit another application, seemingly saving political face on both sides of the debate.

Onwards and upwards, TransCanada battles for approval and wins

Despite the stateside rejection, TransCanada plowed ahead, commencing construction of the southern leg of XL in February of 2012 (presidential approval was only needed to cross the US-Canada border) while preparing itself to push through approval of the project.

The following years were filled with legal battles, suspended regulatory processes, mid-term elections shifting the political power balance, and other speed bumps. But, eventually, TransCanada won approval. In January 2015, the Nebraska Supreme Court toppled the penultimate hurdle—a lower court decision blocking the Nebraskan governor’s approval of a section of the pipeline’s routing. Then, just three weeks after this, the Senate approved a bill allowing construction of Keystone XL to commence.

TransCanada’s protracted win toppled in one fell swoop, only to be revived by a changing of the guard

Stating that the act of congress approving the Keystone XL project was in conflict “with established executive branch procedures” and took shortcuts on issues concerning national interest, Obama vetoed the bill in February 2015. Still with no executive decision made on the Keystone extension, it found itself in limbo until November of that year when the last nail was hammered into the coffin. Obama finally rejected the application outright.

But the end of Obama’s second term was drawing near, making the contentious project an important election issue. Six months later, Trump announced that he would approve the extension if he was elected and, sure enough, he delivered on his election promise. Reversing Obama’s rejection just four days after being sworn into office, the Keystone XL pipeline was alive once more.

As is always the case, a politician’s campaign promises aren’t the most reliable indicators of what will eventuate once power is finally in their hands. We’ve already seen it play out with Obama who, despite his green message, subsidized a great expansion of American oil and gas. And, were it not for the great deal of public awareness the Keystone project garnered, there’s little reason to believe that Obama would have given anything but a friction-free approval to the project.

But here, already, we have our first indication of the veracity of the Biden prediction. If Obama buckled to political pressure on this issue, there’s a good reason for a president who campaigned on an even stronger climate message to follow through on his promise to cancel the Keystone XL pipeline. And with the Biden election predicated just as much on its anti-Trumpness as it is on environmental issues, maybe there is good reason to believe that a Biden EO canceling keystone will come as a reciprocal, symbolic matter of urgency. If Trump did it days, why wouldn’t Biden?

In any case, scattered coverage of the Keystone issue will likely continue for some time ahead of any decisive action on Biden’s part. And while no one can predict with any certainty what Biden’s first few days in office will bring, keeping up to date with anything impacting the mining and energy industry will be covered in the mining and energy news apps.