With a presidential surge in the markets on vaccine news, it might be time to sell all stocks

Markets surged this morning, with many indexes in the E.U. and U.S. hitting all-time highs, despite the pandemic. With the simultaneous resolution of the U.S. presidential race, and the announcement of a 90% success rate in Pfizer’s vaccine trials, everyone’s feeling optimistic. But is now the time to be buying shares, or should this be seen as the cherry on top of an unusually good run? 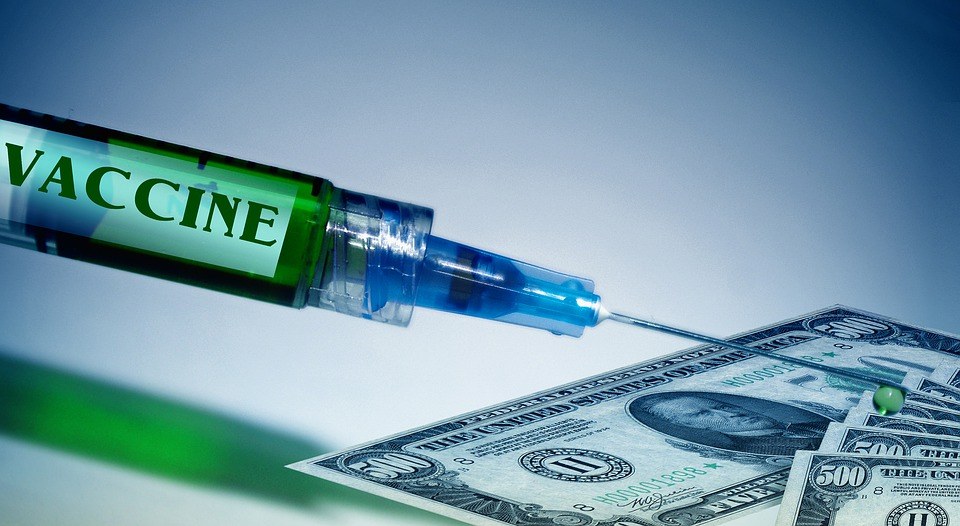 The sun really is shining this morning, isn’t it!? Pfizer and German partner BioNTech SE announced that their COVID-19 vaccine is 90% effective in treating patients who show no signs of prior infection with the disease. And we had an apparent resolution of the U.S. presidential race over the weekend.

Predictably, markets are going wild. European indexes jumped multiple percentage points in the space of minutes, with the DAX hitting all-time highs, seemingly spitting in the face COVID’s grip on the EU region. And on our continent, the reaction was more or less the same. Markets opened up across the board with all-time highs being broken on the S&P500 and NASDAQ, to name just two.

Here in Canada, things have been a little more subdued. But that’s only in comparison to the madness unleashed elsewhere. The almost 2% jump on market open—which continues to rally higher—is still an overwhelmingly positive reaction.

So now that many months of health and political turmoil are (apparently) coming to a close, what should you do??? If you ask me, it’s time to sell all stocks! Why?

Markets are ridiculously overvalued according to the Buffett indicator

At a fundamental level, how does it make sense that markets have recovered to the extent that they have? We’re in the middle of a global economic shutdown with GDP, both at home and globally, way down from where it was at the start of this year.

Yet, somehow, global markets are not only rallying—many are now hitting all-time highs. To illustrate the current disconnect, just observe the current gulf between total market capitalization and GDP.

By dividing the combined market cap by GDP, we arrive at what is popularly called the Buffett indicator—historically, a reliable indicator of overvalued markets. Common consensus says that when the Buffett Indicator is sitting at 100%, markets valuations are in line with economic reality. Divergences above or below correspond with over- and under-valued markets respectively.

While the general consensus was that a Trump presidency would have been good for the markets, this is not to say that Biden’s promises are devoid of any good news. Of particular interest is his potential stance on foreign trade policy.

Generally speaking, free trade is good for the economy, whilst protectionist policies are not. One famous example of the kind of damage that all-out trade wars entail is the Smoot-Hawley Tariff Act, which precipitated a 60% decrease in U.S. imports and exports and is largely blamed for adding the ‘great’ to The Great Depression.

So while market optimism for a Biden presidency might not be “tremendous,” there is some hope of good with the bad. A scaling back of the trade skirmishes Trump has become so famous for entering into would be good.

But will this be the case? Although Biden may have billed himself as The Anti-Trump, it is important that we don’t forget that political posturing and concrete actions are not always tightly correlated. And as if sorting political hyperbole from real action wasn’t already difficult enough, the fact that no politician lives in a bubble only complicates matters more.

What is also important to note here is that Biden voters are, at a fundamental level, not all that dissimilar to Trump voters in this arena: both candidates are dependant on the support of a large base of blue-collar workers who are largely fed up with the Clinton-Bush-Obama era of liberal globalization.

While what this translates to is impossible to predict, his campaign message does little to rule out ongoing trade wars. Yes, the “Made in America” message was delivered as an attack on Trump’s “America First” agenda but, beneath the rhetorical front, there’s little to suggest that Biden’s foreign trade stance will be any different. In fact, Biden’s campaign material even goes so far as to suggest that he will “take aggressive trade enforcement actions against China or any other country seeking to undercut American manufacturing through unfair practices.” This doesn’t exactly stand out as a dramatic shift from the last four years; you could almost swear these were Trump’s words if they were not published on Biden’s own website.

Trump was good for the markets… too good, and Biden might just undo all of that, too

When Trump cut corporate tax rates last year, it was supposed to encourage corporate investment in the economy. Instead, what Trump got were widespread share buybacks. And while this was a short-term boon for investors in companies that started snapping up their own shares, it did nothing to add sustainable value to the markets.

Instead, its effects were nothing more than those that low interest rates and quantitative easing are having now. By injecting a bunch of unsustainable liquidity into the markets, shares saw a bump in prices that was entirely uncorrelated to the underlying economic reality at the time.

Aside from adding an artificial bump in market valuations that we’ve not seen a correction for, we now face the added threat of Bidens corporate tax bump. The effect of this, aside from merely eating into company profit margins, could drive a selloff as many seek to unwind holdings of their own stock as the current capital markets boom begins to fizzle out.

COVID-19 or not, we were probably headed into a recession anyway

Well before the world even knew that COVID-19 was coming, a majority of analysts (three out of four) were predicting a widespread recession by the year 2021. In August, 9 major economies on the verge of recession, and the Fed had just cut rates for the first time since the Global Financial Crisis.

Other warning signs were present at the time as well, with a notable inversion in government bond yields taking place as the yield on 2-year T-Bills overtook that of their 10-year equivalents. The significance of this lies in the fact that, historically, such inversions have proven to be a reliable indicator of an impending economic downturn.

All good things must come to an end, and when they do, we’re in for a rough ride

Vaccine or not, the economic devastation that COVD-19 has unleashed will take years to recover from. And arguably, despite being in the thick of it insofar as the outbreak is concerned, we’re enjoying a comfortably cushioned ride for now. Everywhere you look, there are little signs pointing towards the unsustainable nature of the market recovery we’ve enjoyed until now. A recovery that would still be questionable even if it did not result in the record highs that have been seen in many corners.

But eventually, the economy is going to have to stand back on its own two feet again. While quantitative easing and government stimulus packages can dull the pain for the moment, it should be clear that artificially inflated incomes, for example, mean nothing for economic prosperity unless they’re backed up by real productivity.

So maybe now is the time to take the profits that you’ve made until now. The simultaneous resolution of a presidential race and the finding of a COVID vaccine should be seen as the cherry on top of an unusually good run for the markets, not as the beginning of another record bull run.

(Featured Image by Geralt via Pixabay)

PrevPrevious postBuffeted by Motley Buffetts—can 1000 fools be wrong?
Next postCanada Goose heating up as it beats the marketNext