The Canadian aerospace industry contributes over $20 billion to the country's GDP and generates about 160,000 jobs which in turn adds to Canada’s economic standing through spending. Airline businesses, however, have been facing major restructuring. Westjet was acquired by Onex and Air Transat was bought out by Air Canada. Airlines have faced increasingly tougher competition in the industry. 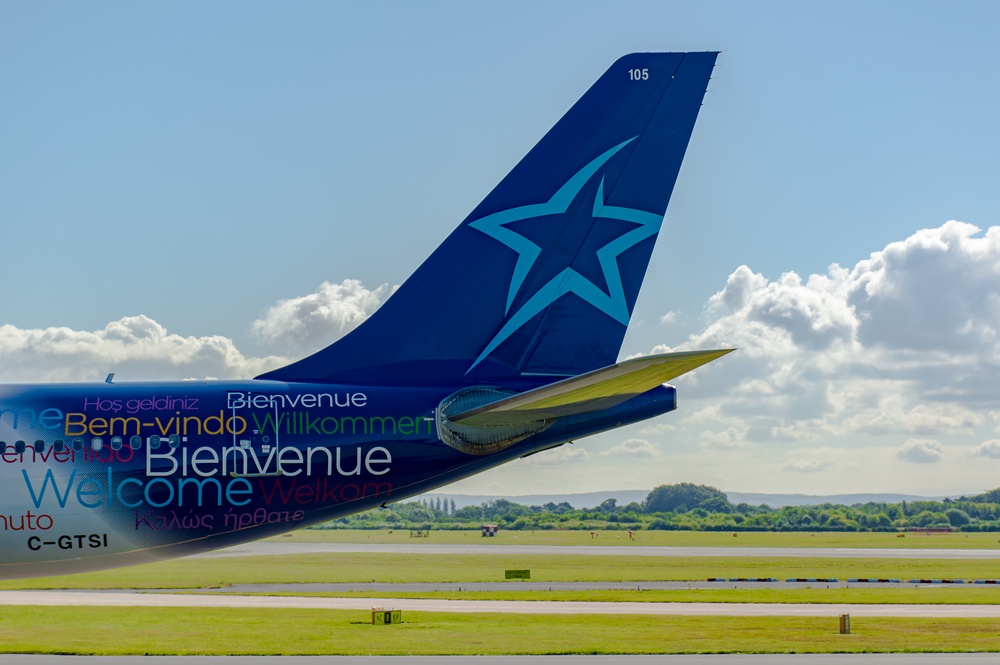 The Canadian aerospace industry contributes over $20 billion in GDP. The sector also generates about 160,000 jobs which in turn add to Canada’s economic standing through spending.

Canada’s airline business, however, has been facing major restructuring with Westjet’s acquisition by Onex and Air Transat’s buyout by Air Canada. These developments were due to tougher competition faced by the industry as a whole.

Upheavals are not isolated among major airline players. Small airlines like First Air and Canadian North are also looking to consolidate their businesses, to keep up with the competition in the airline industry.

With regard to Air Transat, the entry of low-cost carriers in the Canadian air travel industry has seen Air Transat struggle to keep up. In 2018, Westjet Airlines’ and Rogue entered the sun destinations markets which Air Transat used to dominate.

Transat tried to push back Air Canada’s Rogue and Westjet competition in the sun destination market through a planned $750 million hotel investment, but it failed to sail through. On top of that, increasing fuel prices were also a major hurdle for Transat as it saw its profit margins diminish significantly last year, recording a net loss of $24.5 million.

Air Transat agreed to a takeover deal by Air Canada in June after the expiry of the 30-day ultimatum on negotiations. The takeover will see Air Canada add Transat into their portfolio through a $13 per share deal, which values Air Transat at $520 million. The two companies plan to maintain their individual separate brands even after the takeover is finalized.

Although the deal is not sealed yet as it awaits approval from shareholders and the regulatory authorities, the agreement seemed to sit well with investors as Air Transat shares experienced an upsurge in May, when the sale was announced. The stock excitement was short-lived as Transat shares plummeted seven percent in trading later.

Air Transat received alternative offers like Mach Group’s bid which was larger, from a financial standpoint as it offered a $14 per share acquisition bid. Some shareholders may be opposed to the Air Canada takeover. They believe the offer does not reflect the value of Air Transat, as portrayed by a senior analyst at PenderFund Capital Management which owns 3.95 percent of Transat’s shares.

With other lucrative offers like FNC Capital and Mach’s interest in the takeover, one may wonder why Air Transat board settled for Air Canada’s bid, ditching the others which were actually offered a better price.

Air Canada is the best option for Transat as highlighted by the company’s CEO Jean-Marc Eustache. This may be due to the fact that the two airlines operate in Montreal and a local acquisition is good for the job market.

The deal was also supported by one of Transat’s founders, now the Premier of Quebec, Francois Legault who said the deal will be beneficial to his Province.

At the same time, Air Canada is also set to benefit when the deal is finalized, mainly because its capacity has been reduced since the grounding of its Boeing 737 Max jets. Transat’s Airbus fleet will be helpful in getting the company back to its operating potential.

The acquisition, nevertheless, has a long way to go before it is finalized as it awaits shareholders decision, with the major obstacle expected to come from Canada’s competition watchdog. The Transport Minister confirmed that the deal will undergo public review before being given the green light.

What this means for travelers and the airline industry

The trans-Atlantic travels are dominated by Air Canada which holds a share of about 40 percent, making it the biggest operator in the Canada Airline industry. It is followed by Air Transat with a piece of about 20 percent of the total market share.

The deal between the two will see over half of trans-Atlantic flights fall under a single entity control. Together, Air Canada and Air Transat will have combined businesses control of as much as 65 percent of trans-Atlantic travels. This will also make Air Canada a giant in Canada’s air travel industry.

The Canadian Airline industry has about four major players in the sun destinations sector. These include; Sunwing, Westjet, Air Canada, and Transat. If the two merge they will control a larger piece of the market, essentially expanding their monopoly.

Canada’s Competition Bureau has, therefore, felt the need to undertake a serious review of the deal to ensure that if the deal goes through it will be beneficial to consumers. Most especially that Canadians are already paying steep prices in airfares compared to their American counterparts.

If the takeover is finalized, there would be fewer participants in the airline industry, making the competition compact and with consumers taking the brunt of skyrocketing airfares.