We all know that Augmented Reality (AR) is the shiny new thing in town. And while the consensus is that AR is good, most of us still don’t know how effective it is when it comes to boosting sales in retail. But a recently published study set out to answer this question, and the results are positive, particularly for smaller brands and retailers. So how can small retailers take advantage of AR now? 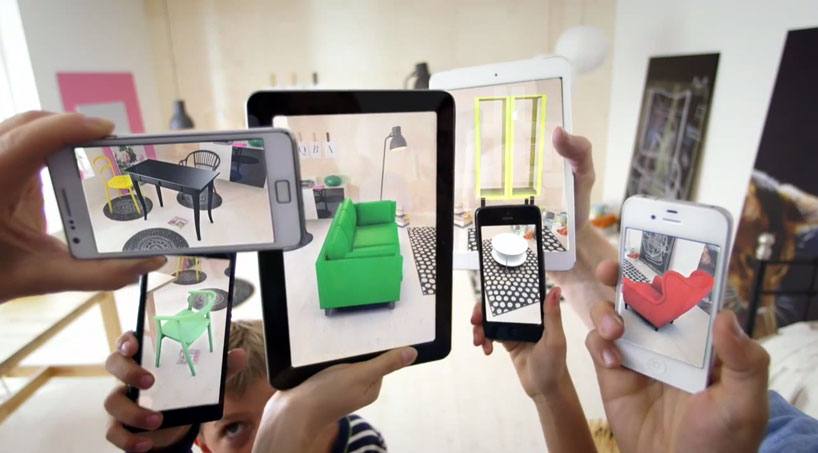 If you’re a retailer or marketer, you’re aware there’s a lot of augmented reality buzz going around at the moment. But while it’s the hot new trend on everyone’s lips, it’s also, well, the hot new trend on everyone’s lips. We’re still in the early inventive stages of AR, experimenting and finding our feet. And, if we’re completely honest, many of us still aren’t sure if what we’re doing is effective or not.

Fortunately, there are others who are answering the effectiveness question for us. Recently published in the American Marketing Association’s Journal of Marketing, a study titled “Augmented Reality in Retail and Its Impact on Sales” has taken an in-depth look at the state of augmented reality in retail.

The good news is that the study’s authors found that AR really is effective in retail. Both online and in-store. Retailers implementing AR experiences can reap the rewards of improved margins, higher revenues, and improved customer engagement. The only problem that now remains is figuring out how to use it.

How can retailers implement augmented reality?

One of the problems facing retail operators wanting to integrate AR into their marketing and retailing strategies is knowing how to approach it. While we all know immersive technology has great potential to do amazing things, knowing what those things are isn’t always evident.

To find inspiration, a good starting point is to look at what others have already done. This is precisely what that the study’s authors have also done. With examples ranging from car manufacturers using augmented reality to customize entire cars, to retailers providing in-store AR navigation, the laundry list of examples compiled by the study’s authors is full of inspiration.

The hows and whys of AR in retail

One of the findings the authors of the study highlight is that the success of augmented reality in retail is use case dependent. While the general consensus is that AR is good, simply falling into a monkey see, monkey do reproduction of ‘best in class’ AR experiences doesn’t mean that ‘their success’ can become your success.

One example of such a pitfall would be if a mass-market clothing retailer implemented a feature-highlighting AR app in their stores. With most shoppers here basing their clothing purchase decisions on look, fit, and feel alone, having an app that ‘augments’ garments with ‘feature highlights’ would serve little purpose. A majority of shoppers are, more than likely, not going to be concerned with the polymers in their cotton-poly blend or the particular methods of stitching.

This is not to say that such an app is a bad idea in and of itself, though. What if an outdoor adventure clothing retailer were to implement the same app? This is a scenario where many shoppers are far more concerned with the features of their garments. Such an app could conceivably make a real impact on retailer revenues or margins (or both!). It could, for example, be used as an upsell tool, highlighting just the right features to make higher margin or more expensive offerings more compelling purchases.

General observations on AR use cases are great news for SMEs

The study’s authors make a number of generalized observations about where AR is most effective in retail. The great news here is that success with AR isn’t limited to retail giants like Lowes, Ikea, and other big-name brands that have been attracting all the attention as AR pioneers.

In fact, the authors found that success with AR was more pronounced for both online retailers and lesser-known, more niche brands.

This is attributable to augmented reality’s ability to improve decision comfort, reducing the inevitable friction in the sales cycle that exists when a customer is either unfamiliar with a brand, or unable to physically handle a product.

While the benefits of augmented reality for smaller brands and retailers were found to be more pronounced, high development costs can still be a hinderance. Given that a custom mobile app is an approximate minimum jumping off point, there aren’t a whole lot of avenues to simply ‘test the waters’ in a way that’s affordable to SMEs.

But that’s not a problem which needs to be so. At least, not according to XRApplied—an virtual and augmented reality company specializing in making AR and VR accessible to SMEs. The problem that they saw was that many AR apps are, at their base, the same. Often, all that differs are the brand assets loaded in.

With this is mind, XRApplied set out to develop custom SDKs that enabled them to recycle prior work into applications, cutting out the bulk of the time spent developing the more ‘generic’ parts of an AR app.

The result is that small retail stores and brands now have the opportunity to derive the benefits of augmented reality without seeing any gains in sales and margin negated by the development costs.

PrevPrevious postDeep-sea mining hits a snag, leaving 25-ton vehicle on the seabed
Next postIOC announces Virtual Olympics: is this what eSports needs?Next