JPMorgan announced a new Bitcoin fund and, predictably enough, the cryptocurrency shot up almost 10%. However, had the Bitcoin fanatics taken a moment to reflect on what JPM’s move actually signifies, they may have taken a more conservative outlook. In reality, the details of the JPM announcement do nothing to contradict its CEO’s long-held assertion that Bitcoin is “a terrible store of value.” 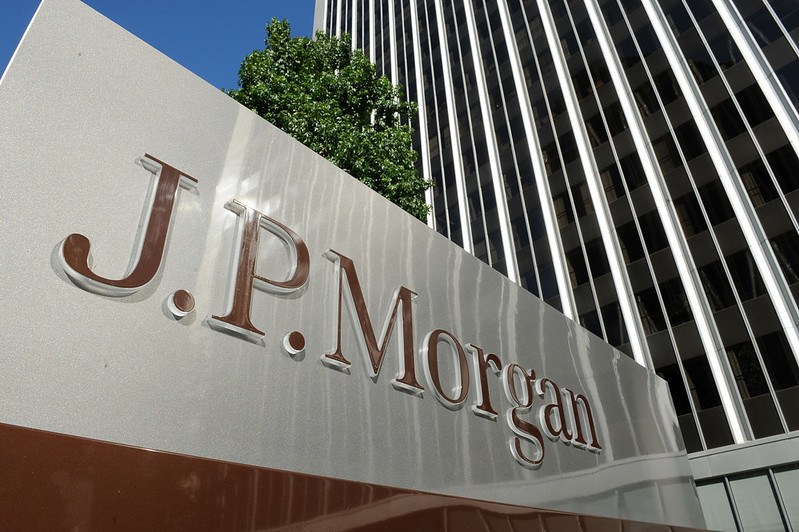 Landing in yesterday’s “I didn’t see that coming” pile, JPMorgan Chase has announced they’re launching an actively managed Bitcoin fund. The move will make JPM not only the latest big bank to embrace crypto assets, but also one of the largest.

JPMorgan once threatened to fire any trader touching Bitcoin

For those unfamiliar with the history of JPMorgan’s attitude to Bitcoin, yesterday’s news may not be all that surprising. After all, with everyone from Starbucks to Tesla now accepting payments in bitcoins, it would appear that cryptocurrency is the future.

But let’s not forget that while some companies are hip with the digital asset, plenty are still dragging their feet. Others are even actively refusing it.

Until now, JPM fell well and truly in the latter category. CEO Jamie Dimon famously pronounced that Bitcoin was “a terrible store of value” and that he would fire any trader “in a second” if they touched the cryptocurrency. And the bank has also maintained an incessant barrage of bearish crypto market reports.

So for the bank to do a seeming about-face: given its history, that is surprising. So what’s going on here?

Does this mean JPMorgan’s attitude is changing?

The first thing to note here is that this move doesn’t represent a sudden shift in attitude towards the potential long-term value of Bitcoin. JPM is launching its Bitcoin fund as an actively managed product.

That’s in stark contrast to its peers like Pantera Capital, Galaxy Digital, and Grayscale, all of which manage passive Bitcoin investment funds.

Given the active nature of JPM’s proposed fund, it’s arguable that the announcement doesn’t fundamentally change the bank’s position. As an actively managed fund, its Bitcoin plays will be mere speculative buying and selling rather than long-term buy and hold value investing.

Oh my, the world has changed

When Dimon first became vocal about his distaste for Bitcoin, the world was a different place. The stock market was in a relatively stable upwards trend. The Fed’s balance sheet was stable at just under $4.5 trillion. And Bitcoin was only just beginning to get serious attention in the wider financial community.

But today things are very different. The Fed’s balance sheet has exploded, now sitting just shy of $8 trillion, and rising. The U.S. And the U.S. Treasury has been stimulating the economy like there’s no tomorrow. The stimulus checks just keep on a comin’ and a comin’.

The net result of all this is a very special sort of crazy has been unleashed on the markets. With other sectors of the economy ranging from flat to lifeless, all this extra cash has been finding a home in the Robin Hood accounts of one and all. And the stock market has exploded.

When all else is failing, why not speculate on Bitcoin!

With the stock market exploding, the Wilshire 5000 to GDP Ratio (the famous ‘Buffett’ indicator) is sitting at an absolutely ridiculous 200%. Now, cast your mind back to the dot-com bubble; an event I’m sure we can all agree was best described as absolutely bonkers. Well, we barely hit 140% way back then.

Essentially, the world is becoming devoid of fairly priced growth assets. With interest rates at 0.25% and 30-year T-Bill yields at only 2.25%, more conservative assets are nothing but a surefire way to watch your investments slowly bleed out. Particularly while the Fed is still hell-bent on trying to drive its balance sheet up into the stratosphere.

And as for buying and holding stocks like the good old days? Sure, if you’re prepared to deny the evident speculative bubble the market’s now in.

So it seems that all that’s left to do is gamble on short-term price fluctuations, which is exactly what JPM is planning for its Bitcoin fund. The announcement signifies nothing more than the bank throwing in the towel, kowtowing to the growing demand for the hip new thing on the financial scene. They have accepted the harsh reality that, as worthless as Bitcoin might be, it’s now no worse than anything else.

In any case, JPM’s apparent endorsement shouldn’t be seen as any sort of open embrace of Bitcoin. Let’s just get that straight.

So no cash, no stocks, and no Bitcoins… what then?

At a time when the entire financial world seems to be devolving into sheer lunacy, it’s easy to forget that some classic storers of value are still functioning perfectly well.  Yes, I’m talking about gold and silver.

Of course, traditional precious metals haven’t enjoyed anywhere near the liquidity enjoyed by stocks and bonds. At least, not if you wanted to hold the asset proper and not just a derivative of it.

But the times, they really are a-changin’ and some inventive minds have managed to combine the best of new-world crypto with old-world gold and silver. The end results are the AUX and AGX coins minted by the LODE project: two crypto coins that are 100% backed by (and redeemable for) vaulted and insured gold and silver.

What this means for investors is that there is now a simple way to trade in real gold and silver, without tying up large sums in illiquid assets. The LODE project has also launched a payments app alongside its coins, opening up the possibility for the more conscientious among us to hold real precious metal without tying up all our captial.

PrevPrevious postVirtual reality: the new spearhead of telecommuting and distance learning
Next postDeep-sea mining hits a snag, leaving 25-ton vehicle on the seabedNext