The International Olympic Committee has announced it will hold an eSports-focused Olympic Virtual Series. While the announcement is good news for eSports on the surface, the featured sports will do little to entice new fans from either the traditional or virtual side of sports. There are also questions about the direction the IOC wants to push governance, raising questions for eSports in general. 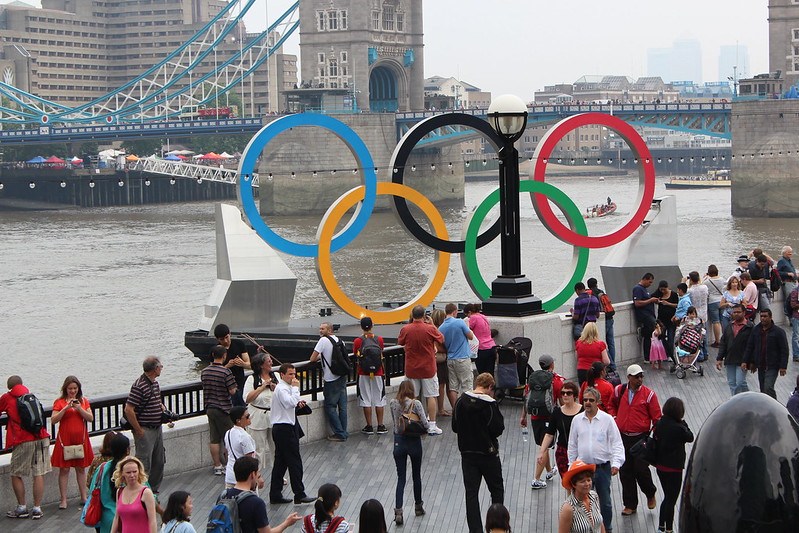 If the eSports market hitting the billion-dollar mark wasn’t a sign of its growing importance, then the recent International Olympic Committee’s (IOC) decision’s move into esports should be. The announcement includes details of the first-ever Olympic Virtual Series (OVS)—to be held ahead of the  Olympic Games Tokyo 2020—and a few hints as to which organizations will be sanctioned as official governing bodies.

Speaking on the reasoning behind the creation of the OVS, IOC President Thomas Bach said: “The Olympic Virtual Series is a new, unique Olympic digital experience that aims to grow direct engagement with new audiences in the field of virtual sports. Its conception is in line with Olympic Agenda 2020+5 and the IOC’s Digital Strategy. It encourages sports participation and promotes the Olympic values, with a special focus on youth.”

That’s eSports with a capital sports

It doesn’t come as a surprise that the eSports games the Olympic Virtual Series will be featuring are not titles traditionally associated with eSports. There will be no First Person Shooters (FPS), Massively Multiplayer Online Role-Playing Games (MMORPG), or any other categories most often associated with eSports. Besides the outlier of auto racing, the IOC is including only virtual versions of the same old sports it already features in the standard format of Olympic Games.

The announced categories and corresponding games are:

Unsurprisingly, the IOC has also hinted that it will not sanction any existing eSports-dedicated associations. Rather, it’s likely we will see each respective sport’s existing governing body nominated. That means the likes of Union Cycliste Internationale (UCI) and the International Automobile Federations (IAF) taking the reins for regulating and promoting each respective sport.

It’s not all great news for eSports companies, players, and fans

The announced titles, coupled with the suggestion that governance will be split across the existing traditional sports bodies, dampen the news for eSports enthusiasts and professionals. While the news does loan semantic weight to the credibility of computer gaming as a sport, that’s about as far as it goes.

First, the announced titles and sports are unlikely to accomplish the lofty intent to “grow direct engagement with new audiences.” It’s hard to imagine why anyone not already interested in cycling, for example, is going to feel compelled to watch a bunch of athletes competing on stationary bikes in what is essentially a glorified strongman contest.

On this latter point, it’s likely that many traditional sports fans will also lose interest pretty quickly. To continue the cycling example: how many existing fans will become entirely disengaged without the danger and tactics involved in real-world racing?

The second dampener the announcement brings is the fracturing of governance across multiple traditional sports federations. While this move may arguably be necessary given the OVS will more closely resemble the Olympic Games than a real eSports tournament, it also places the control into the hands of associations whose core competence lies outside of the virtual arena; an arena that is substantially different to what traditional sporting bodies are accustomed to.

While the high-level view of eSports is that it’s more or less a single entity, the organizational structure is anything but. Currently, the organization of tournaments and the regulations of play are set by the producer of each individual title. This leaves the eSports community no more united than, let’s say, tennis or rugby.

But there is an argument to be made for greater unification of eSports. The venues, modes of play, equipment, etc., are largely the same across all titles. There’s even a case to be made for the transferability of players between games. Many highly successful eSports professionals have built careers as multi-game players. The same continues to apply at the amateur and semi-professional level where players commonly jump from title to title.

At a bureaucratic and regulatory level, this makes sense. The fact that actual gameplay takes place entirely within a virtual environment makes eSports well-adapted to centralized governance. Most matters requiring human adjudication, for example, are the out-of-game matters that can be generalized across all sports.

Players being able to easily hop between games also raises issues when it comes to discipline. This is perhaps why the IOC is so keen to bring its eSports competition under the purview of each sports’ existing real-world body. If an athlete under disciplinary action from one association can hop across to another rival league, sanctions become meaningless. This is already a controversial area in traditional sports law, and one which will only worsen given the much greater similarity between eSports titles when compared to most traditional sports.

The beginnings of an eSports unification?

Not everyone involved in eSports is keen to see the continued fracturing of the community. And while it’s only happening at the grassroots level, there are already some actors working to do something about it.

This is one of the driving principles behind a relatively recent arrival on the eSports tournament scene: FORMATION.GG. This platform for arranging and tracking tournaments has made a point of opening itself up to multiple games from multiple platforms, making it simple for players to compete in one place, no matter how many titles and platforms they compete across.

Ultimately, efforts like these may well be the force eSports needs to bring it to its true potential, unlike the IOC Olympic Virtual Series, which.