Virtual reality: the new spearhead of telecommuting and distance learning

Many Virtual Reality (VR) companies are taking advantage of the massive adoption of distance learning courses and are reinventing the way distance education is conceived. Although educational technologies have been around for a hundred years, VR opens new doors to education. Its use can enhance the educational experience, especially now that students are being made to stay at home. 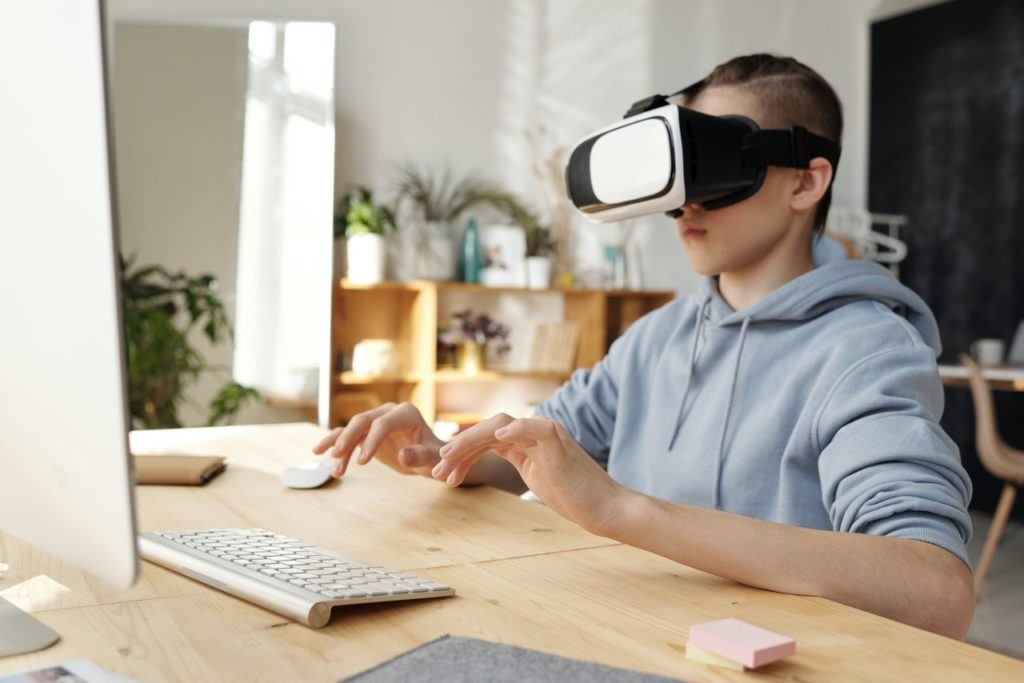 In recent years, Virtual Reality (VR) and Augmented Reality (AR) have asserted themselves in fields such as video games, tourism, and even art. But very recently it is work which has been able to taste the virtues of extended reality. Even better, we also see that VR is more and more present in the classes . Work and school are now among the preferred playgrounds for this innovative technology, and this leads to a broader reflection on its generalization in professional and school environments.

Since the start of the health crisis, several professions have switched to teleworking without any difficulty. With the standardization of work and distance education, many companies dream of installing VR more significantly in these areas, now that everyone recognizes its legitimacy as much as a tangible and innovative solution.

Virtual reality, a trend or a real need?

Many virutal reality companies are taking advantage of the mass adoption of remote working and offering services that are reinventing the way of thinking about telecommuting. Using a dedicated headset, VR immersive spaces are often 360 degrees. It then allows its user to dive into a world that is both artificially created digitally but also close to reality. The helmet uses a display system that synchronizes the image in real-time and allows it to follow the direction of the gaze. VR and AR are experiencing a growing interest and are introduced to new fields, such as at school or at the company, with the idea of ​​being able to improve work or teaching practices even with the constraint of being distant. It then became possible to teleport to your classroom or workspace, without leaving your home.

With the introduction of “mainstream” headsets, such as Oculus in 2014: Facebook’s VR headset, virtual reality has become somewhat mainstream. This technology is however much older than that, the first VR headset was created in the 1970s. It is rather the use of VR in education that is novel. Although educational technologies have been around for a hundred years, VR opens new doors to education. Its use could significantly improve the educational experience of students, especially during times when they are assigned to stay at home.

Are distance education and the use of virtual reality part of e-learning?

Long known as e-learning, the use of the internet in the school system has become increasingly important in view of restrictions to combat the virus. The expression “e-learning” appeared at the end of the 1990s. The term initially designated the development of distance education based (mainly the use of the Internet). Nowadays, e-learning refers to all the educational technologies used in the classroom and outside the classroom, including distance learning or the use of augmented and virtual reality.

Do smartphones promote the generalization of extended reality in schools?

The vast majority of smartphones of our time are equipped to support the deployment of extended reality in schools. A screen, a camera, and position sensors: smartphones have everything you need to immerse yourself in an immersive experience, whether in the classroom or elsewhere. Startups specializing in the field, like XRApplied, develop applications that offer solutions that solve major problems such as the cost of time or even financial obstacles. Solutions capable of significantly reducing current VR costs.

Whether in telework or distance learning, virtual reality has a large margin of progress to establish. Due to (or rather thanks to) the pandemic, this technology gained notoriety and proved to be an alternative to be considered for years to come. In any case, many companies have made no secret of their wish to perpetuate teleworking even after the end of the pandemic. A boon for extended reality companies?