Elon’s back, and he’s Tweeting about crypto again. But this time, things are taking a more serious tone. Without a single mention of Doge, he got straight down to business and announced that Tesla is now accepting payments in Bitcoin. It’s just the latest sign that the momentum growing behind Bitcoin has finally reached critical mass. But that doesn’t mean its price will remain stable. 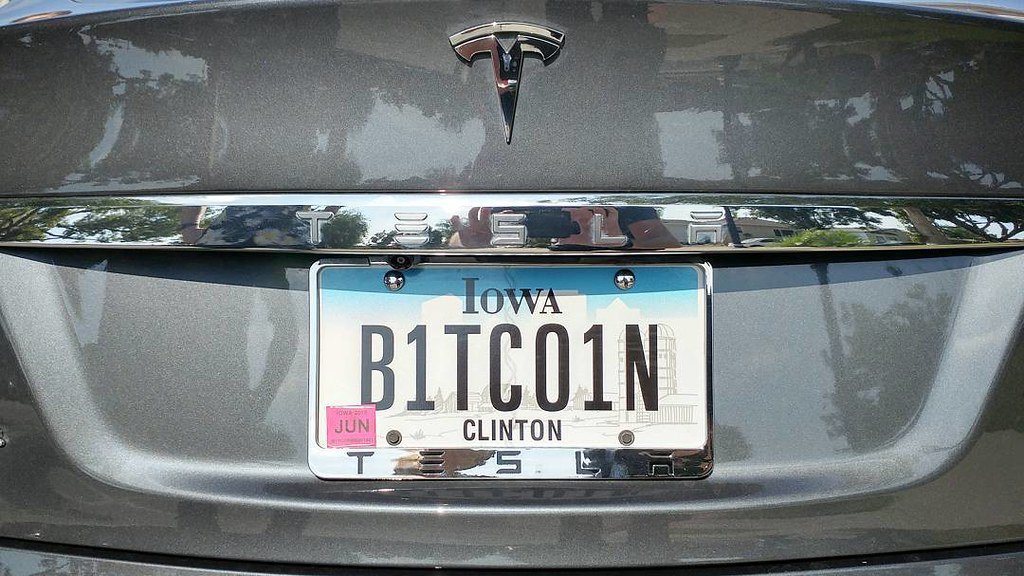 Surprise! The self-proclaimed “Technoking” himself, Sir Elon Musk, is back in the news again, and it’s all about cryptocurrencies. But this time, it’s different. In contrast to his flippant “business as usual” (i.e., memeing about Dogecoin), this time it’s business as usually expected from a company’s CEO. In other words, he’s unceremoniously posting real news, telling the world it “can now buy a Tesla with Bitcoin.”

This comes months after the automaker first entered into the Bitcoin world, purchasing $1.5 billion worth of the cryptocurrency and announcing it would soon be accepting Bitcoin as payments.

At the pace of the internet, Tesla’s Bitcoin payments have been a long time coming.

Staking out its initial liquidity in Bitcoin sometime late last year, it would seem that Tesla’s acceptance of Bitcoin has been a long time in the making. Of course, for many companies, this just is how things are done. Even changing the office coffee machine can be a drawn-out, three-month-long process requiring a committee, subcommittee, external advisors, and multiple rounds of back and forth before the rubber-stampers finally put their royal seal of approval on the purchase order.

But Elon’s different. He’s from the internet, and the internet moves fast. The pace at which cryptocurrencies, NFTs, and other digital doodads that have been (and will be) launched is blinding. The Gamestop saga’s wildfire-like spread would have been unimaginable once upon a time. And even SpaceX’s iteration through rocket redesigns leaves NASA looking like an old man and his walker running next to Usain Bolt.

And sure, the latter isn’t exactly the internet. But remember, Elon’s from the internet. He made his first fortune in just a few years after his internet startup X.com merged with Confinity Inc. to become PayPal. And his pace hasn’t relented since.

So when it takes months to go from announcement to implementation of a payment method, we have to ask what’s going on. Surely all the forex hedging considerations and whatnot were worked out well in advance of Tesla’s initial purchase of 1.5 billion worth of bitcoin. And it’s not as if he lacks experience in payments processing—it is how he made his fortune, after all.

Is Elon signaling that crypto is serious business?

Perhaps what it all means is Elon wants this all to go off without a hitch, ensuring a smooth transition to big-ticket crypto payments. Maybe he’s taken the time to ensure that regulators aren’t going to put a sudden halt to it all under the guise of anti-money laundering concerns. Perhaps, just maybe, it’s a sign that Elon knows that cryptocurrency is no longer just a joke (in spite of all his Doge memes) and that it’s very quickly becoming serious business.

Arguably, he’s not alone in this belief either. Tesla doesn’t even take the crown for being the public company with the biggest Bitcoin holdings. That would be Microstrategy, with its current holdings estimated to be nearing the $3 billion mark. And regulators are increasingly dedicating resources to playing catchup with this emerging currency format.

Ultimately, it now seems that there’s no stopping crypto, even if we’re unlikely to see the mighty dollar go the way of the Drachma in our lifetimes. Yes, a full transition from internet curiosity towards a serious tool of commerce will take some time. But the early movers like Tesla are starting to give crypto some real legitimacy that, until now, was sorely lacking.

What happens in crypto’s transition period?

Even if the overarching trend for crypto is towards mainstream acceptance, there are still big questions over the timing. This will lead to many years of limbo, only further exacerbating the concerns of large swathes of the population who are still questioning if such a thing could really happen.

This sentiment is most evident in the extreme volatility of Bitcoin. Just Musk’s tweet alone was enough to boost the price of Bitcoin by 5% in the blink of an eye, and it’s not like this announcement was unexpected. Clearly, some heavy expectations that Tesla wouldn’t (or even couldn’t) follow through with its Bitcoin dreams were underpinning some speculators’ price expectations.

And this will doubtlessly continue for years to come—as the Bitcoin news cycle cools, interest will dwindle, and doubts will arise. This will see the price inevitably taper off to lower levels, only to be boosted back up each time another breaking news item occurs.

With Bitcoin volatility becoming a serious concern, many hailing from the crypto community’s non-speculator side are now seeking more stable alternatives. The last thing anyone wants to do is buy Bitcoin now, only to watch it plummet back down as it did after attaining record highs in late-2017.

This has given rise to a whole series of so-called stable coins—the value of which is pegged to a more reliable asset or currency. However, most of these stablecoins maintain their value via nothing more substantial than the hopes and prayers of those buying and selling the coins—they are merely unbacked alternatives that depend on faith in the creator’s word.

However, one credible alternative has emerged in recent years: LODE. Best described as “honest money,” LODE’s AUX and AGX crypto coins are backed by real, vaulted gold and silver (respectively), meaning that their value is guaranteed—you can trade the coins for real metal, just like the old gold-backed currencies of yore. In addition, the LODE project is also working on guaranteeing liquidity. Instead of waiting around for the Teslas of the world to slowly catch on to what’s happening, LODE has built out the LODEpay app and infrastructure, giving the coin the fintech touch it needs to accelerate its velocity.

This is creating a safe haven for crypto enthusiasts and investors. A liquid and stable cryptocurrency that’s shielded from the violent, speculative price fluctuations that will plague Bitcoin and other cryptocurrencies for years to come.

PrevPrevious postCanada, a source of valuable minerals for the United States
Next postAre Apple and XRApplied capable of bringing VR and AR into our everyday lives?Next