The global health crisis seems to have unleashed a very special sort of crazy upon the world. With investors and speculators partying like it’s 1999, it’s hard to say “buying crypto’s a great idea” while keeping a straight face. But what if you’re really really into the idea of crypto? Well, there is an alternative, and it’s a pretty good one, too—gold- and silver-backed crypto coins by LODE. 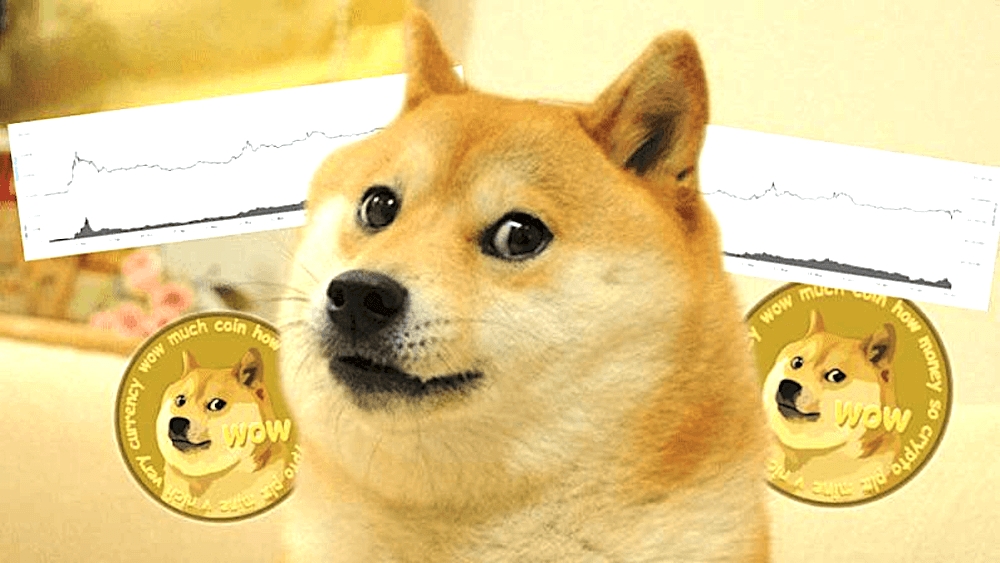 The Coronavirus seems to have unleashed a whole lot more than just death, destruction, and an enduring state of misery. Oh no. While we were all locked away at home looking at Doge memes, Covid was unleashing a special sort of craziness that one would normally assume is reserved for the end times. Oil went to minus dollars a barrel and Tesla (NASDAQ: TSLA) stocks shot up faster than a SpaceX Crew Dragon. And here at home, we witnessed household disposable incomes jump 10.8% in Q2 2020 whilst the rest of the economy crumbled beneath our feet. Crazy, right?

What’s more, the good times didn’t stop there. Much like the late-night revelers who don’t notice that most of their friends have already gone home, it seems like a few amongst us remain oblivious to vaccine announcements, the turning of a new year, and the minor detail of the fundamentally weak state of the economy. Instead, there are some who continue partying on like it’s 1999 (leadup to dotcom bubble… Y2K was a non-event), engaging in all kinds of drunk and disorderly behavior.

Now, so-called meme stocks like GameStop are grabbing headlines, and celebrity-fueled cryptocurrency speculation is boosting DogeCoin and making the price of Bitcoin look increasingly like the length of a piece of string. But, no matter what you call it, eventually the blind optimism and FOMO (Fear Of Missing Out) is going to come crashing down. Dawn will break through the COVID-night and the club’s going to close its doors. Stragglers will spill out into the streets dragging whatever they managed to pick up behind them. Then they will go home, sleep it off and wake up to deal with the consequences of one too many stimulus-check shots the next day.

GameStop gambling and DogeCoin dregs: when will the Bitcoin bubble burst?

There’s little point in recounting what’s been taking place in the last month or so. It’s been all over the headlines. But for those who’ve missed it, the TLDR version of the highlights reel goes something like this: Bitcoin hits record highs, DogeCoin hits record highs, GameStop (NYSE: GME) hit record highs, and every other asset class that isn’t stable and boring is, also, fair game for hitting record highs. This will be especially so if another $1.9 trillion worth of stimulus really does hit the US economy in the imminent future.

But don’t try and predict what will happen next. Your newsfeed will do you no favors. Nor will stock charts or any of the usual economic indicators. Nope. You’re not going to see it coming until a critical mass of Redditors sing “aww yeah, that’s a good idea” in chorus as though they were a drunken pack of boys out for a bachelor party when one amongst them suggested sculling beer from their shoe. It seems the lingering effects of stimulus shots have clouded many a mind…

Who let the Doge out?

Aside from some interesting headlines, the only thing the current round of delirium is unleashing is volatile markets. Increasingly, we’re being left with absolutely no idea what will happen next. Whereas predicting the future movements of stocks and other assets was once a task best described as ‘difficult,’ now it has become impossible. Unless, of course, you get lucky and catch Elon Musk’s penetrating market insights at just the right time. Then you’re in for a potentially delicious Doge(y) treat.

So what do we do in such uncertain times? Well, you can fill my cupboards with mothballs and call me old-fashioned, but my advice is to look to the past as some things never change. Yes, as surely as the sun rises in the east and sets in the west, we can always rely on the old adage that what does up must come down… unless you actually put something up underneath it to keep it up, of course. But that’s kinda the problem with Bitcoin and DogeCoin—delusion and hype have recklessly thrown them up into the air, but no one’s building anything underneath them to catch them. At best, they’re built of a nice bouncy rubber and will continue shooting up and down erratically for a while. I think they call that volatility.

The nugget of truth: there’s more to the days of yore than maxims and folklore

In a world of delinquent behavior in the public markets, there are many amongst us who yearn for a more civilized society. One in which we don’t expose ourselves to the reckless behavior of financial drunkards jumping in on whatever bright idea they scraped off the bottom of their shoe. And, for this, we turn to the age-old storers of value: gold and silver.

That’s right, even if gold did shoot up above $2000 an ounce, that’s still not enough for us to be able to say that it doubled in price after COVID-19 broke out. Nope. Now compare that with cryptos like DogeCoin and Bitcoin, or even with some stocks in more traditional markets like Tesla—when have we ever seen a precious metal sextuple in just a handful of months?

But what if the crypto monies are still a tempting proposition? They do have their advantages, after all—no need to hold anything physical, the ability to freely exchange them. They’re certainly a lot more practical than precious metals… it’s just that they’re maybe not the best idea right now unless you like cashing out your life savings in $5 bills, chucking them on a rollercoaster, and watching as they flutter around in the wind.

Don’t buy a doge: there’s a stable crypto alternative you can LODE up on now

So you’re savvy with your finances but you still like the idea of crypto? This is where LODE comes in with an interesting proposition: gold- and silver-backed crypto coins (AGX and AUX). Just like the currencies of yesteryear, the AGX and AUX coins are backed by real, vaulted precious metals, meaning that they can be freely redeemed for their equivalent in gold or silver at any time (1 AGX = 1g of silver; 1 AUX = 1mg of gold).

This opens up the world of crypto to the more conservative—and, dare I say it, rational—amongst us, allowing us to dip our toes in the crypto waters without lowering our standards and buying into some mess like Doge. With real gold and silver backing them, the AUX and AGX coins are guaranteed to be more stable than their un-backed counterparts. Even most so-called ‘stablecoins’ aren’t even backed one-to-one with any real currency or asset—they’re merely ‘pegged.’

What’s more, the LODE ecosystem integrates payments solutions with its wallet app LODEpay that is a lot like the Apple Pay of gold and silver, turning otherwise idle assets into everyday money that can be put to work in the most frictionless way. The only thing it’s missing is a cute dog as its mascot… but hey, who needs that when you can have real value instead?