Are Apple and XRApplied capable of bringing VR and AR into our everyday lives?

With its upcoming VR/AR headset that weighs in at less than 150 grams, Apple is looking to set itself apart from the rest of the pack. Scheduled for 2022, it will have the ability to recognize the iris and track the user's eye movements. This product will not only be the first of its kind for Apple but it will probably be the backbone of disruptive innovation in immersive reality. 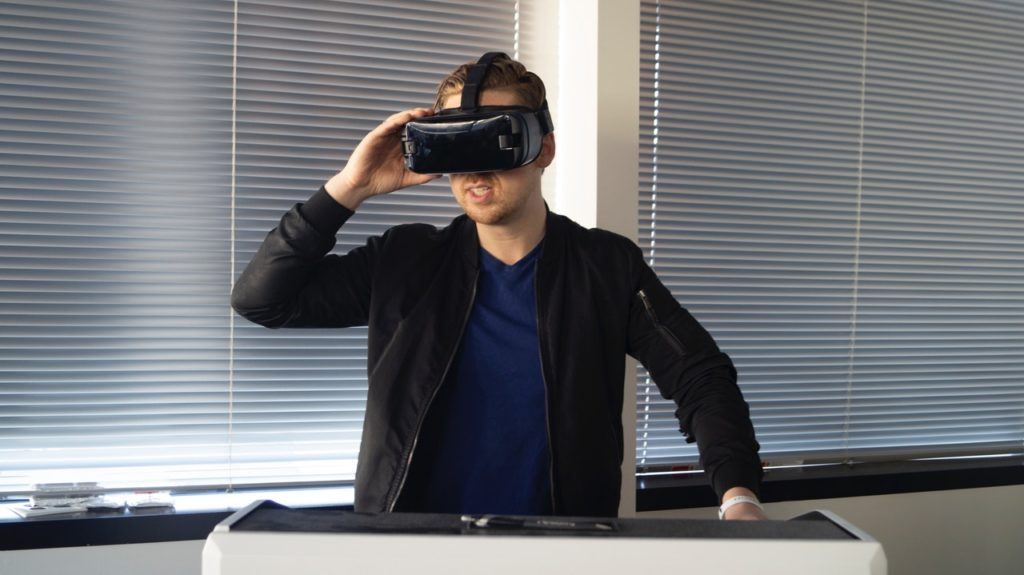 It would seem that Apple is indeed hiding a virtual reality (VR) and augmented reality (AR) headset in its drawers. The Apple brand wants to make this technology a part of our daily lives. As usual, Apple wants to differentiate itself from the VR headset market in every way, and wants to revolutionize the VR industry by adding new features not found in the rest of the headsets currently on the market.

Scheduled for a 2022 release, this headset will have the ability to recognize the iris and track the eyes of the person using it. A new era of VR is coming! For its part, XRApplied is developing cutting-edge B2B2C solutions that will allow businesses to benefit amply from the advances the industry is experiencing. Both companies are paving the way for a new way of understanding VR and AR for the average user. Will they succeed in changing the way this promising technology is used?

Apple wants to revolutionize VR with a lightweight, eye-controlled headset

With a VR/AR headset that weighs less than 150 grams, Apple wants to offer something completely different from the competition. Usually, the same type of headset weighs at least 300 grams. The American company wants to launch a mixed reality (MR) headset with a lower weight than any of its own products (for example of the iPhone 12 which is 164 grams). This represents a major qualitative breakthrough in the field of immersive reality. Using hybrid Fresnel lenses (six in total) that will match the light transmission of glass, Apple is preparing an important innovation by offering a sophisticated eye-tracking system. This new Apple product will then be able to track and optimize the image according to the direction in which the user is looking.

Paying with your eyes… that’s a payment facility

Thanks to this capacity of piloting through eye movements, the new MR headset of Apple will be able to display information at a precise point. Even better, it would also be possible to interact with information – by simply blinking your eyes, for example. On the other hand, and with the help of iris recognition, it would be quite possible to make payments via Apple Pay.

As for what the American manufacturer is offering with its new MacBooks, this VR/AR headset will incorporate two high-resolution screens and an in-house ‘bionic’ chip. This product will not only be the first of its kind for Apple, but it will likely form the backbone of disruptive innovation in the world of immersive reality. Apple intends to have a significant advantage over the competition by making VR and AR a part of our everyday lives. Who better than the American giant to meet this challenge?

Apple’s entry into immersive reality has many companies wondering how to integrate this technological breakthrough into their various business processes. XRApplied is positioned as a reliable and efficient intermediary.

With VR/AR solutions that can be adapted to all types of needs, XRApplied is contributing in its own way to the blossoming of this sector that is about to take off and become a permanent part of our daily lives. With its VR, AR, and MR-driven applications in the B2B2C domain, XRApplied wants to make it easier for companies to embrace the innovations in this field. The company offers remarkable innovations from the design to the realization of the final product. But also at the level of supply chain management, combining data analysis, geolocation with AR. XRApplied offers all the digital tools any company needs to make a seamless transition to the XR world.

While Apple is going after the general public with an innovative and absolutely high-end offering, XRApplied is establishing its expertise on an offering for businesses of all kinds and in all fields. With the effort of its technological players, will VR and AR succeed in becoming part of our daily lives? To be continued…