Is it safe to say that AR and VR are finally ready for takeoff?

Augmented and Virtual Reality are often touted as the next big thing. But, outside of gaming, they're yet to gain any major traction. Worse yet, gaming alone may never be able to take AR and VR to mainstream success. But that's not to say that it still has no chance. In fact, if lessons from the smartphone have anything to say, it's that multiple elements must first converge. So is now that time? 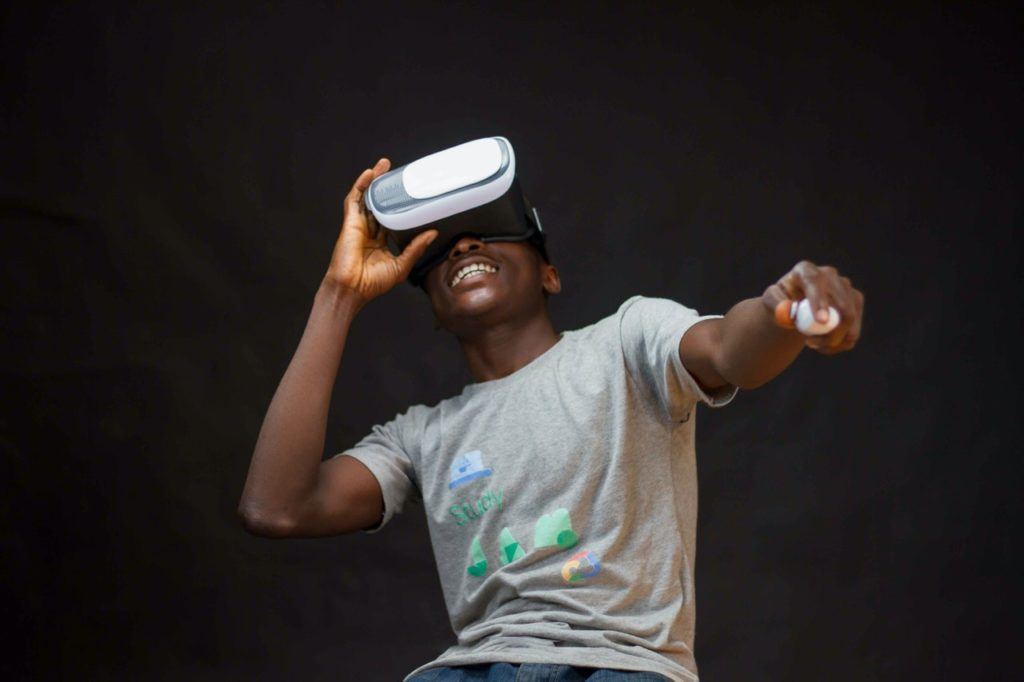 The Augmented and Virtual Reality (AR/VR) inflection point has sat tantalizingly on the horizon for the better part of the last decade, and it does seem like we are attempting to cross that ocean by sailboat rather than with a jet. Still, we’ve been making steady progress, and the state of immersive technology has certainly come a long way from the early days. However, a lot of this apparent progress has been confined to gaming and social media “lenses.” Outside of this, progress has remained relatively obscure to most of us.

AR and VR add new dimensions to gaming, but is gaming alone enough for mainstream adoption?

Given this state of affairs, we may find that we’re still asking ourselves when—or even if—the impending AR and VR revolution will gain serious traction. While its steady growth in gaming is one thing, arguably it’s not really the revolution we’re waiting for. In reality, VR gaming is just another step in the steady progression of display mediums—from CRT monitors we moved to ultrathin LCDs. Now VR headsets are reproducing, effectively, the same thing.

This isn’t to deny the novel format that games like Pokémon GO introduced. However, their initial success seems to have waned. And while it’s quite popular to point the finger at the numerous failings of Niantic to deliver a good user experience, there’s an undeniably large element attributable to the dwindling novelty of location-based gaming. There will always be a large core group of enthusiasts, but that’s quite different from being the next big thing. Potentially, location-based AR gaming will be more like games like Dungeons & Dragons—it will remain popular for many years, but will never become mainstream.

So what will be the vehicle that drives AR and VR to the big leagues?

So, if gaming isn’t going to be the hotbed from which the impending revolution is launched, what will? Unfortunately, for now, pointing to any one particular use case that’s going to become the one true catalyst for AR/VR is neigh-on impossible. In fact, it may even be the wrong way to go about answering the question. Fortunately, however, it’s becoming increasingly evident that the answer to this question lies in a convergence of several elements all at once—improved hardware, better software, more developed ideas, and, last but not least, increased acceptance.

The same can be said for what has delayed the development of AR and VR as a truly viable medium. The hardware has been relatively cumbersome and difficult to use. The lack of software has meant that those willing to tolerate less-than-optimal hardware have been stuck with limited applications. Many of the ideas thrown around about how to use the technology are mildly underwhelming. And, as with any new technology, there’s been plain old resistance to it.

Regrettably, these friction elements haven’t operated in isolated silos—they’ve only amplified each other. A lack of suitable hardware limited what software could be developed, which necessarily limited the idea that could be implemented in AR and VR. This of course only increases the resistance to adoption—not only is it new technology, but it is also one that many people write off as ‘not for me.’

All of this very much resembles the journey towards the smartphone. While we might commonly attribute the beginnings of the smartphone to Apple’s 2007 launch of the original iPhone, it would perhaps be more correct if we saw this event as marking the beginnings of the smartphone revolution. Arguably, the journey towards smartphones really began in 1992, with the launch of the IBM Simon—a clunky touchscreen device with extremely limited functionality when compared with today’s devices.

But this journey was not too unlike AR and VR. The smartphone really needed a convergence of hardware, software, ideas, and acceptance before it was finally able to have its moment to shine. Had apple attempted to launch the iPhone any earlier than it did, it likely would have gone down in history as an unremarkable flop. Who’d want to use a chunky device with slow internet connectivity and an inaccurate touch screen that was limited to sending texts and playing snakes?

In many ways, an early launch of the iPhone would have looked like the launch of Google Glass. Despite it being one of the first sets of AR “smart glasses” and necessarily causing a mild buzz, it was launched well before its time, with one early adopter complaining that “the UI was terrible, the connection unreliable and the info it delivered had little use to me.” Again, the hardware, software, and ideas just weren’t there, leading to poor user experiences that only reinforced resistance to adopting it.

Ultimately, Google’s first to market strategy backfired and is something we can perhaps take a lesson from. If they had followed Apple’s example with the iPhone—that is, if they had waited for the moment when all the constituent elements were mature enough—then the story might have been entirely different. Instead, they launched the AR equivalent of a touchscreen smartphone that was half an inch thick, had a slightly inaccurate and only semi-responsive touch screen, and only had a limited possibility of the apps that could be run on it. In other words, it was a fun creation at the time but wasn’t anywhere near something that delivered a passable user experience.

Early experiments pave the way for late-stage mass adoption, which will happen fast

Fortunately for Google, the whole thing didn’t backfire too much. After all, its reputation is predominantly built up around its search product, not hardware devices. On the other hand, had it been Apple that had launched the “Glass” product, the repercussions might have been very different. As a company that’s pulled more than a small handful of plays from the luxury marketing playbook, the perception that its products are finely crafted works of art is vital to its success. A clunky device with a mediocre user experience is the antithesis of this and would have delivered a serious ding to Apple’s reputation.

This is perhaps why Apple has been so quiet in the AR and VR space—it acknowledged that AR and VR weren’t yet ready for primetime, so decided to hold onto its cards for now. This would make the most sense—it’s not as though Apple lacks the capability to create AR and VR products, nor is it like AR and VR falls too far outside of its existing portfolio. In fact, AR and VR even pose something of a threat—who’s going to care about 2D “Retina” displays if 3D immersion really is the future of tech?

So now that rumors are finally circulating that Apple will be making its entry into the world of AR and VR in the near future, does that act as a sign that we really are on the cusp of an AR and VR revolution? Plausibly, if all of the above holds true, then the answer is a resounding yes. Apple appears to have had good reason to hold out on immersive tech until now, and it certainly timed the iPhone just about to perfection.

Further strength to the potential of this moment as AR and VR’s time to shine is also being added from other corners of the AR and VR industry as well. Of particular note, companies like XRApplied (soon to be publicly listed here in Canada) are beginning to finally bridge the gap between specialized immersive application development and ordinary businesses that require more commodity services. This is also vital if AR and VR are going to succeed—there’s little point in having great hardware and great user interfaces if the SMEs which will drive a big chunk of AR and VR use cases don’t-know-how/can’t-afford to develop applications for it. Where would smartphones and the internet be if, for example, every business had to build their own website from scratch?

Of course, proclaiming exactly what quarter of what year AR and VR are going to take off is still impossible at this stage. As it was with the iPhone, it will likely be something we declare retroactively—the iPhone wasn’t touted as an immediate success story and continued to have its detractors for quite some time. But to say that we are within the ballpark of that moment in time? That’s not as long of a shot. The signals being sent by companies like Apple and XRApplied are strong, and they all point to now being the moment to finally pull the trigger and go all-in on it.

PrevPrevious postWeekend Energy Outlook: Brent Crude Oil prices toy with $70 line
Next postLODE is ending the Bitcoin vs gold debate, just as it was getting startedNext