The fields of Augmented Reality (AR) and Virtual Reality (VR) are progressing at an ever-increasing rate—we’re already seeing companies creating VR for astronauts. However, while stories about VR going to space are certainly cool, they’re not the most interesting thing going on in the sector. Instead, it’s the less flashy things like XRApplied’s SDK that are the true points of interest. 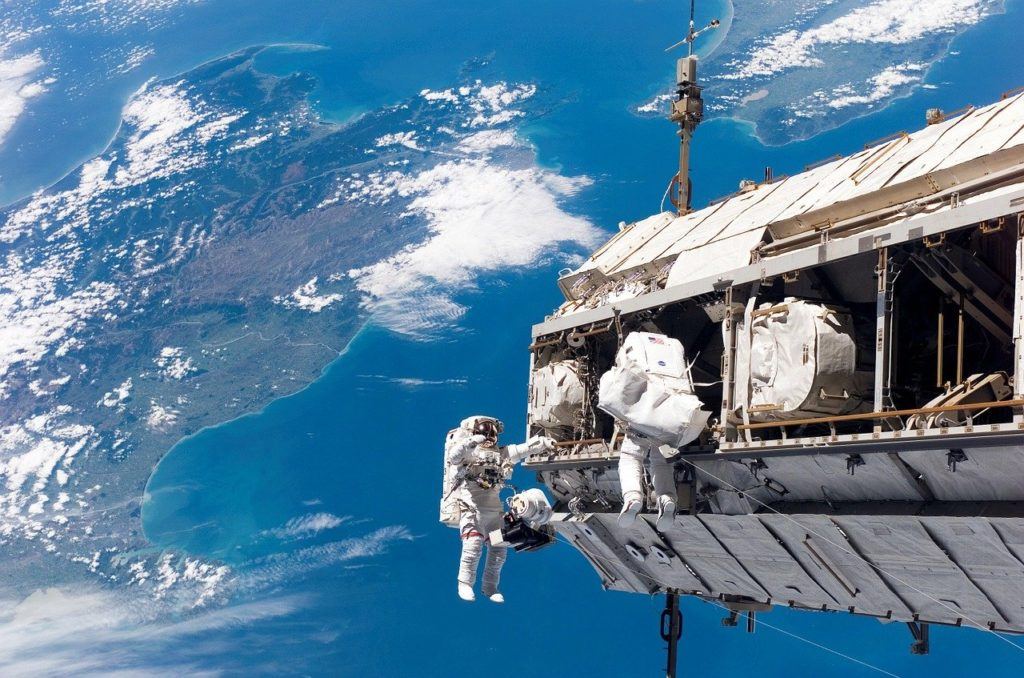 When it comes to thinking up stellar uses for Virtual Reality (VR) technology, simulations of outer space experiences would rank amongst the most commonly imagined. And with good reason. Who doesn’t want to experience unadulterated, out-of-this-world views of the stars and planets whilst floating around in zero gravity?

Well, as it turns out, astronauts don’t. At least, not all the time. Often confined in a small tin can looking out at the same scenery day after day, for many astronauts the initial novelty of the space experience can quickly turn into tedium. Liken it to cabin fever, prairie madness, or any other affliction where isolation and a desperate need for a change of scenery play on the human mind.

One of the emerging uses of VR technology has been in various types of therapy, with one of the more popular ones being exposure therapy. Here, VR has shown itself to be particularly effective when treating things like PTSD in veterans traumatized by war-time horrors. Often, the best way to treat phobias and PTSD is by confronting the source of the trauma. But, that can be dangerous and even impossible in cases like warzone trauma, which is why VR’s ability to simulate the most unthinkable of scenarios shines in this use case.

But, if virtual reality can be used to simulate the extremes, then it should be equally adept at simulating the mundane, which is precisely what Canadian company Stardust Technologies is now doing with VR. Their hypothesis is that simulating everyday activities—say, a round of golf or a group yoga session—may be just the thing that cabin-bound astronauts need to stop themselves from going stir crazy on extended missions. It is hoped that, by allowing astronauts to ‘step outside’ and break from the monotony of their environment, VR will act in the same way that a real-life change of scenery does on those suffering cabin fever.

Length of space missions to increase: NASA moonbase for 2024, SpaceX to mars by 2026

With NASA working towards establishing a moonbase in 2024 and SpaceX supposedly sending humans to Mars in 2026, the duration of space missions is about to get a lot longer. To get an idea of how long, the Perseverance mission took seven months just to get to Mars. This is currently the time astronauts spend onboard the International Space Station (ISS), and here they at least enjoy a constantly changing view of the earth out their window.

Thus, when missions get longer and the scenery gets darker, virtual reality simulations of seemingly mundane, everyday activities could become a crucial component of any successful space mission. We’ve already seen the well-documented impact that COVID-19 confinements have had on many peoples’ mental health. And with crews millions of kilometers from help, space missions can’t risk the same thing happening in outer space, potentially jeopardizing the success of the mission and the safety of the crew.

VR as an elixir to astronauts’ cabin fever makes a cool story, but there are bigger missions right here on earth

While it’s fun to hear about VR breaking through into new frontiers, for now at least, space travel remains an impossibly small niched with only a handful of potential clients around the world. When it comes to rolling out VR at scale, there’s far more interesting work being done by Earth use-focused companies.

Taking the example of one such company, XRApplied has been working on proprietary tools that rapidly accelerate the creation of VR and AR projects. One of the things that makes XRApplied’s work so interesting is that, while its work is ultimately focused on scaling VR and AR up to meet the future demands of smaller projects that don’t warrant custom from-the-ground-up design, there is a lot of overlap applicable to projects like Stardust Technologies’s.

VR and AR are still in their early years, so it’s great to see companies are already figuring out how to use it in space. However, underneath the space story, there’s not a whole lot more to report about what this VR project is doing to advance VR and AR for the earth-bound majority. This is not to deride the project—a large number of VR and AR projects are single-use applications that fill a specific need.

However, particularly at this early stage in the life of VR and AR, the greatest advancements are those that contribute something to the ecosystem as a whole. This is why Software Development Kits (SDKs) and other tools of the trade that companies like XRApplied are making are the really exciting developments that we should be watching. Equipping the world to build out the VR and AR applications that it needs (and wants) as rapidly as possible not only saves time and money. It also, ultimately, makes it much more accessible to smaller enterprises and other potential creators that would not necessarily have the budget for a massive development effort.

This is where the overlap with projects like Stardust’s VR for astronauts and XRApplied occur. Even in such a highly specialized use case as VR in outer space, a majority of the technology underneath the hood is fundamentally the same as that in thousands of other VR apps. Three-dimensional models and textures are the same, a lot of the underlying logic is the same, and user interfaces will, again, be very much the same as what we use on earth. Thus, by implementing XRApplied’s tools in projects like this, companies like Stardust will be able to spend more time focusing on the true niche elements of their applications—like getting an Oculus headset to work in zero gravity.

(Featured image by NASA-imagery via Pixabay)