This week, Brent Crude oil prices actually tipped over the $70 mark, a major milestone for the recovering commodity, but quickly fell back below the high water mark. Why did it rise? Why did it slow and where will it be headed next week? These are the crucial questions we ask in this weekend’s energy outlook, though we’ll take a look at some ‘rising trends’ in the energy world as well. 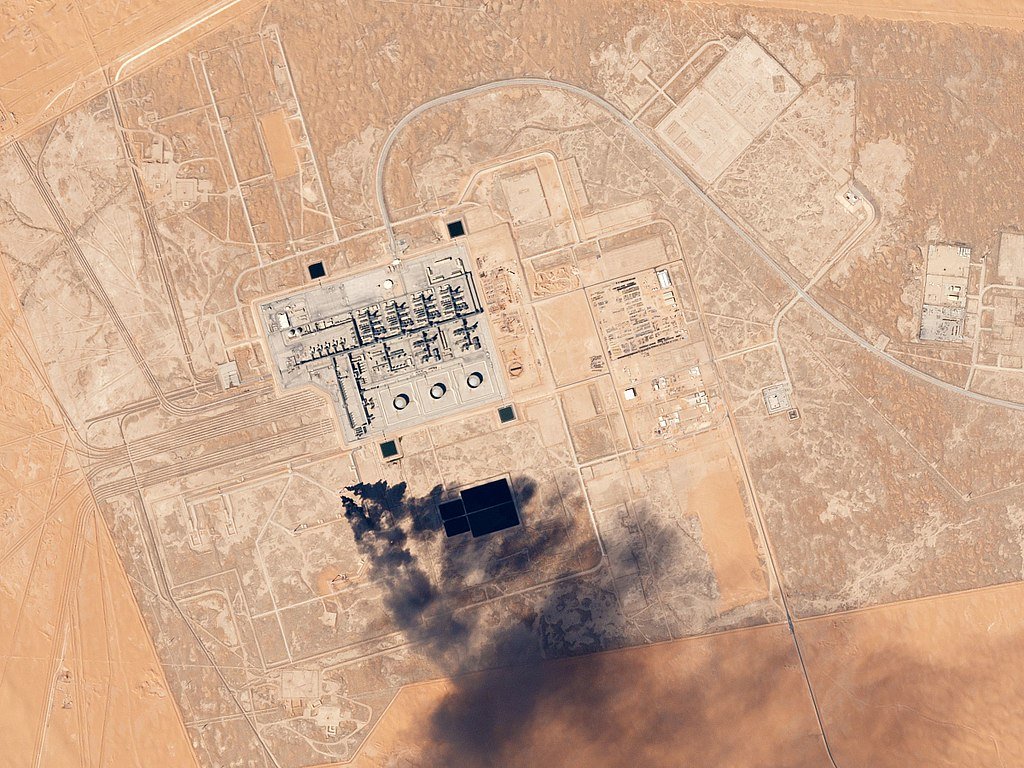 This weekend, many eyebrows were raised when Brent Crude hit $70: a few months ago, $50 seemed high for the recovering commodity, after all, much of the world is still struggling under pandemic depressed demand. While some analysts immediately started talking about the $75 dollar line, the price actually fell back down this week though since it has crept back up to just under $70 a barrel. What prompted the sharp but short-lived rise, and what’s feeding the upward trend? How far will it go? These are the tidbits of energy news we bring you in this weekend’s energy outlook.

Saudia Arabia behind the $70 jump..or rather, Yemeni rebels are

The initial jump to over $70 dollar a barrel Brent Crude came after an alarming announcement from Saudia Arabia just under a week ago. Several of their oil facilities had been targeted by rebels with drone-bombs and failed airstrikes. While no significant material damage (or loss of life) occurred as a result of the attacks, they were consequential enough to remind buyers of the instability in the region.

The attacks are reminiscent, though nowhere near as effective, as the 2019 ones which crippled, for a short time, Saudi oil production. This seems to have been enough to encourage the price hike. After all, should the attacks be prequels to more serious engagements or disruptive strikes, then supply could be adversely affected. When this proved not to be the case, Brent Crude prices relaxed again and dipped back down.

This is unsurprising given the very temporary nature of the disruption, had the attacks succeeded, it might have been a much higher rise, and slower fall.

The events in Saudi Arabia, while dramatic, ended up being more of a blip on the radar than a significant market moment, but they helped pierce the psychological $70 a barrel mark. Nevertheless, the price has not hit so high since, though it has certainly flirted with the line, sitting at just under $70 at the time of writing. The upwards momentum seems to be a combination of latent optimism at the state of the slowly recovering economy (particularly in China and India) and the decision of Russian producers not to increase production (keeping them in line with conservative OPEC targets).

Yet it has been slow to rise this week, for which there are a number of possible explanations, most of which are likely playing a role in the current price determination. First, we have the deep freeze in Texas, which cut refinery capacity and output, putting a brake on prices as the production of crude recovered faster than refinery output. Then there is the US dollar, which has rallied somewhat keeping the price from rising too quickly. Finally, the return of Iranian oil to the market in China, and possibly soon Europe if sanctions are lifted, represents a significant source of oil, enough to keep the growing demand from driving the price upwards too quickly.

With Brent Crude prices hovering just under $70 it is likely they will breach it again before this time next weekend, whether they will end the week seems like a safe bet if we follow the trends, but nothing is certain and big news could take oil prices in either direction!

Mining trends reveal the growing shift towards renewables and batteries

While oil may be of vital importance to the Canadian economy, it is not the only commodity we have. Canadian expertise in extraction extends to the mining sector as well, notably the production of traditional metals like copper, nickel, zinc where it is constantly drawing new ventures. While platinum metals and gold fall in price and production somewhat, this week has been the latest in which growing attention has been paid to ‘battery metals.’

With a role in the construction of Electric Vehicles (EVs) as well as more traditional energy storage, batteries and their component metals like lithium are of prime importance. And the growing investment inside and outside the Canadian mining industry is evidence of their industrial importance. The effects of metal prices and Canadian miners could be even more important depending on the decision of US president Biden whether or not to allow more mining projects on federal land.

As fossil fuels return to previous prices, the world will increasingly turn to alternative energy sources, and the battery metal producers know it. The only question now is will their ramped-up production exceed the growing demand and send the price tumbling, or will they be unable to speed up extraction fast enough to match demand causing prices to continue rising. Certainly the eventual outcome, as with the Brent Crude price fluctuations we saw this week, will be a little bit of both.

PrevPrevious postSEC charges John McAfee for crypto sins as Musk illustrates crypto risks
Next postIs it safe to say that AR and VR are finally ready for takeoff?Next