If chaos is the first word that comes to mind when you think of Elon Musk’s Twitter feed, you’re not alone. But, as with any chaotic system, there are underlying patterns, and observing Musk’s chaotic behavior leads to just one logical conclusion: the SpaceX endgame is mining moon rocks for Teslas. Well, not exactly moon rocks, as you will see. But first we must take a trip down the rabbit hole. 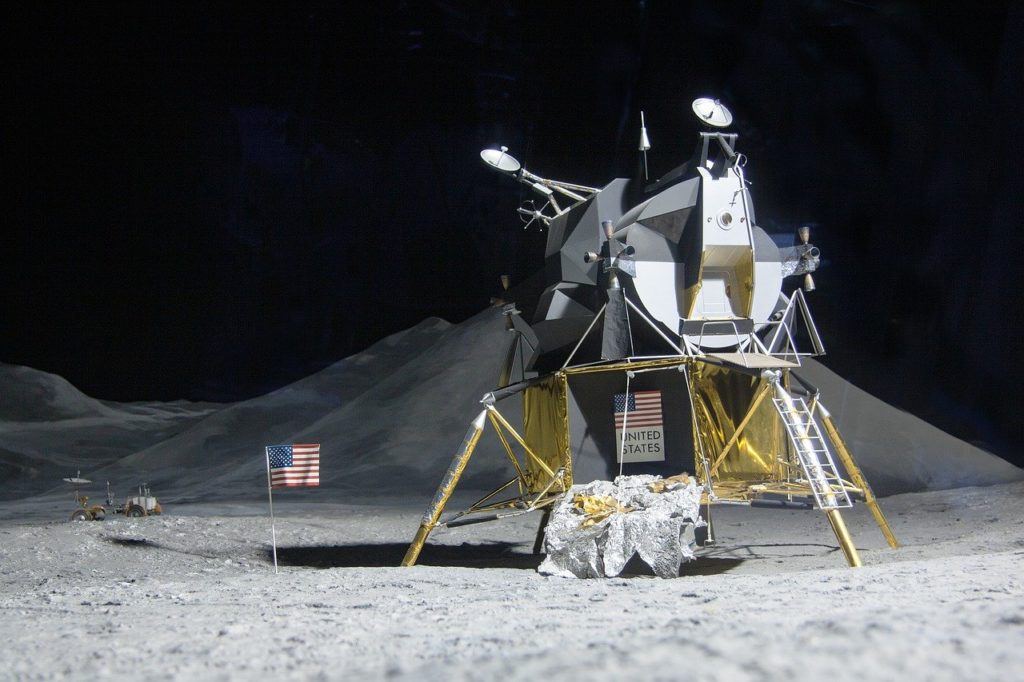 With the face of a cherub and a bombastic tendency to blurt out whatever’s on his mind via Twitter, Elon Musk’s not the first name that comes to mind when one says “highly secretive individual.” Heck, he’s even hinted at the possibility of being an alien without so much as batting an eyelid.

But the more observant among us might also have noticed that there’s no logical sense to Musk’s babbling when taken as a totality.

So what’s going on here? Is Elon Musk simply so unstable that he can’t make up his mind? Or is he up to something else here?

Just for kicks, let’s indulge a conspiracy theory. Musk is waging his own personal brand of warfare and, to do so, he’s ditching the stodgy Sun Tzu platitudes the rest of the business world’s in love with. Instead, he’s taking a leaf or two out of the slightly more contemporary Ullman and Wade playbook: the doctrine of Shock and Awe.

Just think about it. While the larger goal of the shock and awe doctrine is, indeed, to overwhelm an adversary to the point of submission, many tactics articulated in the doctrine are more subtle than simple carpet bombings or (for the Sun Tzu fans) beheadings.

Instead, in addition to the more predictable ‘beat ‘em into submission’ strategies, shock and awe also encompass more subtle end goals and means. This includes “overload[ing] an adversary’s perceptions and understanding of events [so] that the enemy would be incapable of resistance at the tactical and strategic levels.”

It is also only necessary to achieve this state on a merely “sufficiently timely basis,” and the means often involve a multi-pronged approach. Applying pressure to command and control centers, selective denial of information and dissemination of disinformation, rapidity of action…

These are all things Musk seems adept in:

Alright, alright… but what’s he going after?

So let’s just say we accept that Elon’s behavior resembles a shock and awe campaign. What’s his end goal? Is this all just to colonize Mars? Well, yes and no.

You see, for several years now, there’s been a lot of talk about exploiting space for its mineral resources. Faced with limited supplies of key minerals here on Earth, the emerging space industry is breathing new life into hopes that we may one day exploit the seemingly infinite universe for these minerals.

But there’s just one problem. The closest potential mineral resource to earth—that giant ball of cheese we call the Moon—is already the primary focus of the appropriately named Moon Treaty. With regulations controlling the exploitation of the moon including such stipulations as the equitable sharing of resources by all state parties, Elon and his quest for world domination want no part of this.

So where’s Elon turning? The asteroid belt, of course! You didn’t think he just wanted to colonize Mars for fun, did you?

While it has been written off as a science fiction pipe dream before, there’s still more than a handful of interested parties pursuing asteroids as a source of enormous mineral wealth. But, there’s just one problem… finding near-earth asteroids that are metallic, moving at an appropriate relative velocity to Earth, and of a sufficiently large size that their commercial exploitation is worthwhile… well, that’s next to impossible.

At most, only about 10 are thought to exist.

So that’s why Elon’s looking towards Mars colonization and, ultimately, the asteroid belt. But the only problem is, he doesn’t want anyone to cotton on and turn it into a protected, equitable resource like the moon before he gets there. Thus we explain his campaign of shock and awe.

Yeah, it takes a bit of a stretch of the imagination to get there (but don’t all good conspiracy theories?). The idea that Musk is in some secret race to take over the asteroid belt before bureaucracy and international politics ruin the whole shebang is tenuous at best.

However, mining asteroids for minerals does have some founding in science. We already have some idea about the mineral compositions of different asteroids. And we even have some feasibility work that details the required parameters for a commercially viable operation.

All we need now is companies to put the technology in place, and we’re good to go… assuming the finer details of international politics doesn’t get in the way first.

Mining asteroids is cool, but there are other alternatives closer to home

The potential payoff for bringing moon rocks and shooting stars back down to earth could be huge. But, at this stage, it’s still somewhat of a ‘moonshot.’ Space technology is still phenomenally expensive, and the distances involved are beyond anything the human race has ever had to deal with.

Don’t rush to abandon hope yet, though. The mining news in recent times has been filled with all sorts of projects aimed at addressing the tightening mineral resources situation here on planet Earth. And many of these projects don’t require escaping the earth’s gravitational pull.

Take, for example, seabed mining, which is often billed as a ‘cleaner’ alternative to traditional mining that also opens up a whole new source for battery metals. And, of course, there’s good old recycling, also known as “circular economics.”

Sure, the recycling promised land of the last few decades has been nothing but a disappointment. But new technology and a focus on recuperating things of real value could just change that. It would indeed be major mining news if a company can find a way to use existing mined resources in an infinite loop.

In any case, the world’s mineral resources are limited. And while the reality of Teslas running on moonrocks is still up for debate, there are still two thing we can count on: 1) alternative sources for minerals will become necessary, and 2) Elon Musk should never be trusted.

(Featured image by Stux via Pixabay)