Augmented and Virtual Reality (AR and VR) are building a lot of momentum. Big names like Apple, Facebook, Snap, and Google are all throwing their weight behind the tech, and consumers are catching on. But for investors looking for pure-play AR and VR companies, it’s not these giants also imply a lot of exposure to other business verticals. Are there any pure-play AR and VR companies around? 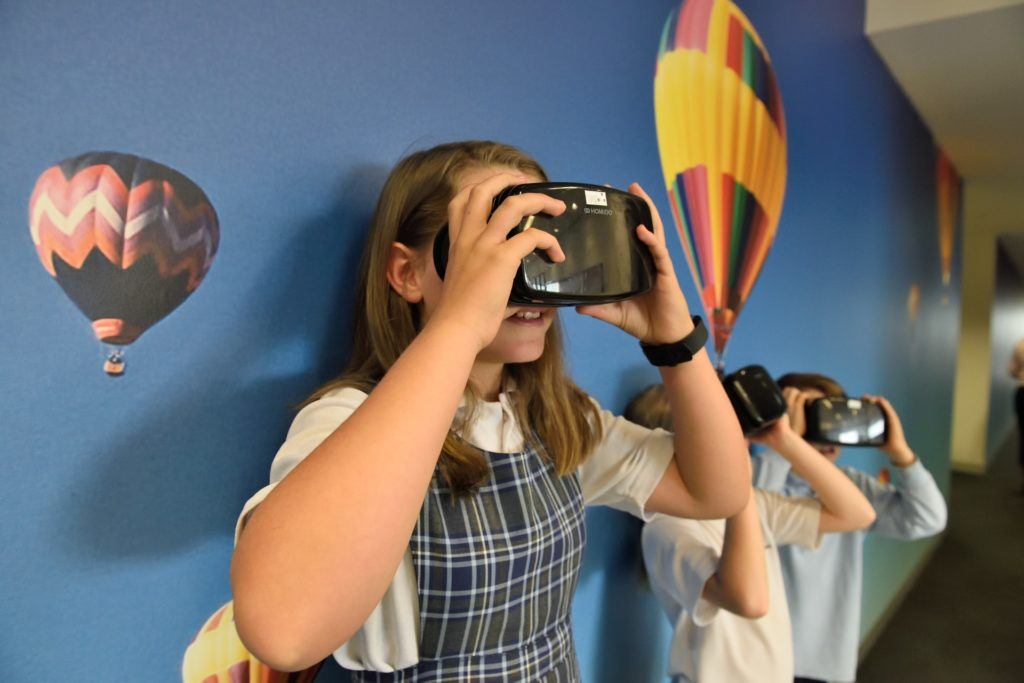 It’s not exactly the best-kept secret that Virtual Reality (VR) and Augmented Reality (AR) are having a moment in the spotlight. Everyone from hardcore gamers to serious enterprise users are catching on. The hardware is finally maturing to a point of broad usability. And at least half the FAANG companies are now throwing their full weight behind the technologies.

But, while it’s no secret that AR and VR have arrived, it’s still not evident which companies will lead the pack. Yes, the usual suspects aren’t too hard to find. Facebook, Google, and Apple are all plowing full steam ahead in their enduring race to own everyone in everything. Other big names like Snap Inc. and Niantic are also pretty deep into immersive technologies, too.

However, a common theme among the established players with their big names and even bigger PR departments is that none of them are pure VR or AR plays. This poses more than one problem for investors seeking exposure to virtual and augmented reality.

First, given the sheer scale of companies like Facebook and Google, VR and AR will only ever be a small slice of their respective pies. Other business areas will only dilute any growth in VR and AR. Or VR and AR growth may only act to offset losses experienced elsewhere in the company.

The second problem is that making bets on augmented and virtual reality in these companies also implies taking a bet on other verticals. Search ads, social media, and whatever else the company has its finger in. This may be desirable from a diversification standpoint. Or, assuming the desire to simultaneously dabble in another tech vertical, it could be great for killing two birds with one stone.

But many investors are seeking pure virtual and augmented reality plays.

The good news is, there is an increasing number of pure VR and AR companies coming onto the market. The bad news is, a little digging is needed to find out who they are. It’s still early days for AR and VR, and many of the fastest-growing companies in this space are yet to reach the stage where everyone’s talking about them.

But, that day will come. Beating the hordes of Johnny-come-lately investors to the punch is a whole lot more exciting than jumping on the tail end of a trend.

Sure, it’s not going to be too late to profit from AR and VR for a long time. But the big gains—the multipliers you can’t even count on your fingers type gains—only go to the early investors. If you jumped on Tesla midway through last year, you might have doubled or tripled your money. But If you’d gotten in during 2019… 15x. Easy.

AR and VR Companies to look out for

At first sight, Spectra7 Microsystems (TSX: SEV) isn’t a pure-play VR and AR company. Indeed, landing on its homepage, there’s little doubt that its heritage is in data center technology.

However, digging a little deeper into what the company does, we find that the chipmaker is developing a few products for the VR and AR space. Here, its specialty in making hardware thinner and lighter is particularly well-adapted to the hardware needs in AR and VR right now.

And while there’s a lot to say about its product naming conventions, the company has had some success in the arena. Its chips have been included in hardware produced by some of the biggest manufacturers, including none other than the one and only Oculus. Apparently, hardware manufacturers find names like VR8181 and VR8051 alluring.

The other nice incidental side to Spectra7’s hardware is its long history in the data center space. As the world continues its shift to the cloud, demand for both large data centers and edge computing facilities is only going to keep growing. And a big driver of this growth is coming from AR and VR. From asset storage to rendering in the cloud, AR and VR will depend on cloud computing.

While XRApplied isn’t yet publicly traded, it has filed a preliminary listing statement with the CSE. Although we haven’t heard the final word on the approval of this filing, it is still a serious innovative force to keep an eye on.

First, XRApplied isn’t just another company tacking on VR and AR services as a side hustle. As its name indicates, XRApplied is all in. For those that don’t know, XR is the acronym for extended reality—the umbrella term for virtual, augmented, and mixed reality.

But the real reason you should care about this company is its heavy focus on making VR and AR accessible. XRApplied recognizes that the biggest demand for development in this space will eventually come from SMEs. Not everyone needs to hire a team of developers and build a custom gaming app from the ground up. Instead, a majority of use cases will be relatively simple. Think virtual product try-ons and toy augmentation. Anything easily achieved using recycled assets and a little know-how.

This heavy focus on catering to SMEs in a scalable way makes XRApplied one of the more exciting companies to watch in this space. Why? Let’s say a business wants to make an AR catalog app. Most of the work is sunk into stuff hidden from the customer. Things like motion and object tracking logic… all things that are sunk cost for a one-off project, but a free lunch thereafter.

On the theme of catering to SMEs, Urbanimmersive (TSXV: UI) is another company doing just that. Whether its products are technically AR or VR is, however, contestable. But they do fit the immersive theme, and its growth drivers are very much overlapping.

So what does it do, and what are its growth drivers? Virtual real estate tours and the ever-growing dependence on the internet for doing business. This empowers professional real estate photographers to deliver what clients are demanding, all without having to retrain or buy new equipment.

Its products include technologies for stitching together photos into virtual tours. Users can then click around and virtually walk a property. Urbanimmersive also provides asset delivery, scheduling, and invoicing. In other words, it delivers all the tools needed to draw in real estate photography professionals and keep them there.

There is one gotcha to watch, however. Urbanimmersive’s stock has been on a bit of a rally the last six months. Sitting at about $0.05 a share late last year, its current $0.215 level is looking a little stretched. If it can hold above $0.20 then keep an eye on it. On the other hand, a drop below $0.20 opens up a whole lot of unsupported territory. Buyer beware.

(Featured image by Stem.T4L via Unsplash)