While the existence of minerals on the seabed has been known about for a long time, it is only in recent years that exploiting them has become viable. At the forefront of the charge, the Canada-based DeepGreen is now promoting seabed mining as an efficient, climate-friendly alternative to land-based mining. However, as a Common Heritage for Mankind resource, not all stakeholders see eye-to-eye. 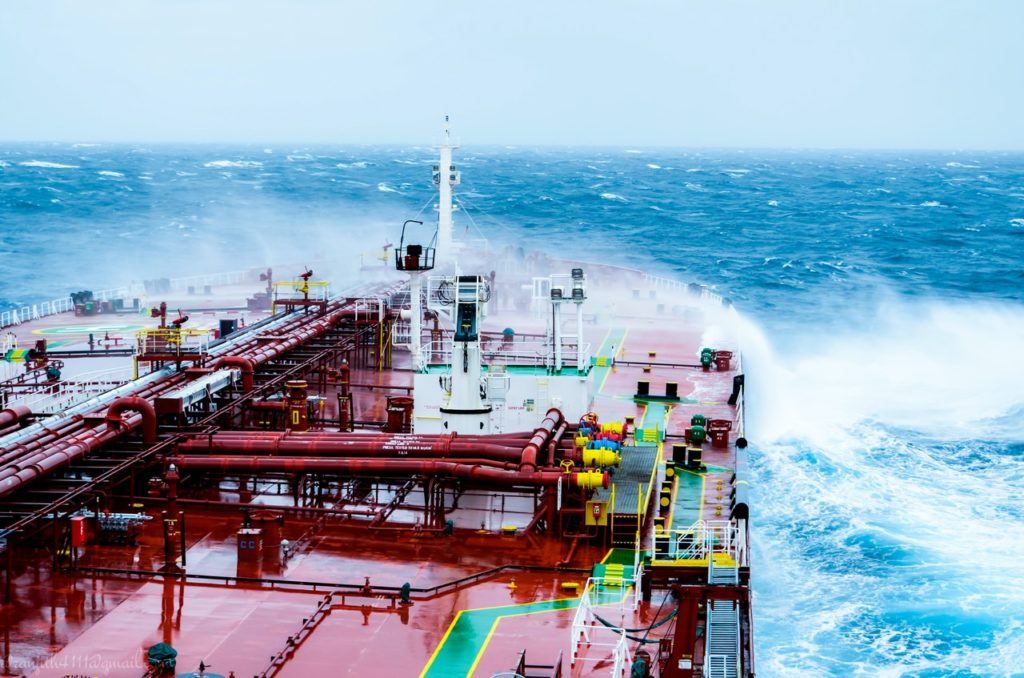 One of the biggest drivers of mineral demand growth right now is the booming Electric Vehicle (EV) market and its insatiable appetite for an ocean of batteries. But there are ongoing concerns that a shortage of these key energy storage components will increasingly act as a limiting factor on potential EV production growth in the short term. And while a dearth of Gigafactories and other production facilities are at the root of the most immediate problems facing the EV industry, building new factories is an easily solved problem.

The real problems, however, arise out of strains located deeper in the supply chain. With a reliance on raw materials like Cobalt and Lithium, the possibility of an impending shortage of these key minerals is a major area of concern. Prices for battery metals have already been on the rise as EV production consumes an increasingly large proportion of global supply and, by as early as 2022, Cobalt supply is likely to go into deficit.

One idea being floated around right now is the possibility of exploring the ocean floor as a source of cobalt. This would be achieved through recovering what are called polymetallic nodules. These polymetallic nodules are rich, concentrated sources of battery metals that can be recovered from the seabed without drilling or extensive excavation works.

Proponents of this method of Cobalt mining include Canadian company DeepGreen, who’ve already completed preliminary explorations in the Clarion Clipperton Zone (CCZ), located in international waters between Hawaii and Mexico. Here, working at depths of up to 5,500m below sea level, moving into production would see it claim the title as one of the deepest mining operations in the world, which is currently held by the Mponeng Gold Mine in South Africa at 4,000m.

The companies and scientists promoting seabed mining as a viable alternative to land-based mining do not just point to the ocean as another potential location for mineral resources. More than just another source, the seabed is cited by proponents as being a more efficient, lower-impact way to extract mineral resources from the earth.

Amongst the most promising of its advantages over traditional land-based mining is the fact that polymetallic nodules are said to contain 100% usable mineral resources. This leads to more efficient processing and up to 99% less solid waste from the mineral extraction process. Other advantages cited include zero deforestation, dramatically reduced CO2 emissions, and zero pollution of surrounding rivers and/or the water table. However, not everyone is convinced by the idea of mining the seabeds.

While seabed mining certainly has its proponents, it is not without its fair share of resistance either. Currently Greenpeace—the most vocal of its opposers—is particularly concerned by the granting of licenses to private corporations for the development of resources held in trust for the common heritage of mankind.

This notion of common heritage resources, which was first mentioned in the 1954 Hague Convention and later reiterated in the 1958 UN conference on the Law of the Sea forms the basis for current regulations governing the exploitation of seabed resources in international waters. The essential thrust of this notion is that there should be some resources (like outer space) held in trust for the common benefit of all humans, and not for the advantage of any particular nation or corporation.

Thus, Greenpeace and other concerned parties are taking issue with the current granting of licenses to a handful of corporations, who must only seek the sponsorship of a small handful of sponsoring nations.

Further, there are concerns about the potentially thin capitalization of some miners and the interplay of its home jurisdiction and its (potentially much smaller) sponsoring nations—nations that may be small and already reliant on foreign aid for the financing of their own necessities. This raises concerns that, in the event of any significant fallout from seabed mining activities, eventual liability holders would be unable to meet obligations or, worse yet, that no one would be left holding liability.

With the finalization of regulations for the extraction of mineral resources from the seabed only just undergoing finalization by the UNCLOS mandated International Seabed Authority last year, it’s still early days. It should also be noted that the Common Heritage of Mankind principle is still highly philosophical, despite its enactment in international conventions. This opens up a great unknown in the event of future legal challenges to seabed mining operations.

Purely academic work exploring the principle still raises more questions than it answers, and notes that common heritage considerations extend further than just the distribution of financial proceeds from resource extraction. Indeed, the potential scope of considerations encompassed is exceedingly broad, and includes such things as considerations for wider area environmental and economic Common Heritage impacts. Such a broadening of the scope is only further complicated by other developments, such as the current interest in the water column as a Common Heritage asset.

And while there are no clear acknowledgments from DeepGreen that such considerations are seen as existential threats, its emphasis on the “unproductive” nature of the CCZ water column throughout its communications is perhaps indicative of a prophylactic move. With sharp reductions in the Pacific Ocean biomass directly attributable to sustained fishing activities above sustainable yields, an expansion of the Common Heritage of Mankind to the water column could be problematic. If the results of environmental impact assessments indicate some impact on the broader water column, the column’s current “unproductive” state may not hold much water as a defense.

Is there a future for seabed mining?

Assuming proponents of seabed mining are at least somewhat accurate with their claims that it’s a cleaner alternative to land-based mining, it’s well within the realm of possibility that seabed mining will become an important source of battery metals. Indeed, momentum is already headed in this direction. And, given that, globally, political will is largely leaning towards adopting more environmentally sound policies, that may be sufficient to quell any serious threats to full-scale seabed operations.

Of course, much still remains to be seen, and threats from activism and legal action may not be dismissed as easily as in land-based mining where a single nation-state is involved. In the single state scenario, the economic windfalls from mining act as persuasive motivators in getting past any problems; when those windfalls are concentrated to a handful of all stakeholders, things may not pass as smoothly. DeepGreen is also still yet to finalize its environmental impact assessment and mining news developments are moving quickly in the emerging deep-sea mining sector. Whatever the case, it will be an interesting project which, if all goes well, may just be the panacea needed to cure our impending battery metal woes.