Once in a generation opportunity: green energy and the battery metals boom

While events like the COVID-19 boost to tech and gaming stocks are a dime a dozen, once-in-a-generation opportunities that have the potential to endure for decades are rare. Now, as the world moves towards an increasingly rapid transition to renewable energy and Electric Vehicles, junior mining investors are being presented with the chance to profit from one such opportunity: battery metals. 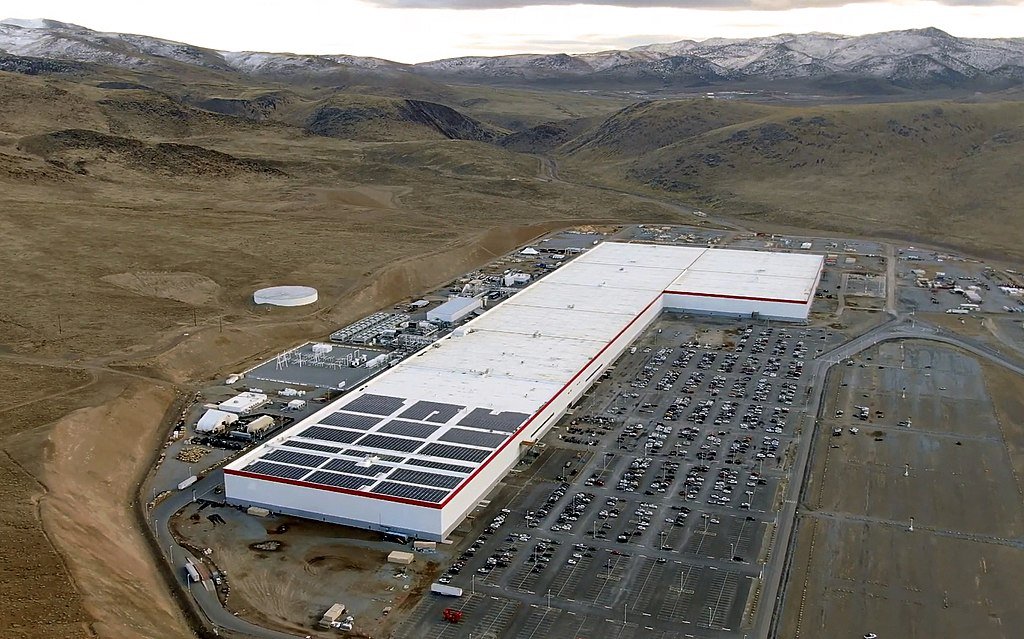 Unless you’ve been taking isolation a little too seriously, you’ve no doubt noticed the massive rally that’s occurred around Tesla (NASDAQ: TSLA) and, to a less-sustained extent, other Electric Vehicle (EV) stocks like Nikola (NASDAQ: NKLA). Whether any of these represent good value investments, however, isn’t pertinent for now. What is more interesting is the underlying trend that provided the initial momentum for the ludicrous rallies by these stocks that we’ve witnessed: green energy. Why is this of interest? Battery metals. That’s why.

Batteries and the green energy movement

One of the major stumbling blocks on the road to green energy has always been the intermittent nature of most renewable energy sources. The sun doesn’t shine 24 hours a day, seven days a week, and even Winnipeg has days where the wind doesn’t blow.

So the challenge has always been finding ways to smooth the intermittent ebbs and flows in renewable energy production to meet the relentless demands of modern society. Naturally, the solution to this ongoing problem is energy storage. And while some proposals have included constructing such things as giant flywheels (which are spun up while energy production is in surplus in order to spin generators when production falls), the most practical and generally accepted solution is to turn towards battery storage.

As steady as it has been, the move towards green energy has still been somewhat slow over the last few years. Aside from the problems of storage, it also didn’t make for the most attractive investment while new coal and other fossil projects could produce cheaper electricity.

But we’re quickly arriving at the tipping point where green energy will become dominant amongst new energy projects. Not only are battery metals and their use in battery chemistry improving leaps and bounds, but solar energy has finally crossed an important price threshold. Now heralded as the “cheapest electricity in history,” in many jurisdictions, solar projects can produce cheaper electricity than traditional fossil fuel-powered generators. Whatever your position on climate change, the commercial advantages that renewable energy is beginning to offer are hard to ignore.

The same problem of energy storage persists in the electric vehicle market, too. In the same way that the energy storage problem held back the renewables transition, EV uptake has also been hindered. But, again, with the likes of Tesla entering the market and pushing along innovation at record paces, EVs are now serious alternatives to traditional vehicles.

Over the course of the last decade, EVs have accelerated off a base of next-to-nothing, to a point where over seven million EVs were on the roads at the end of 2019. During this period, a clear curve of exponential growth in global EV stock has been established. Already, the inevitable direction of autos is clear and has major consequences for battery metal demand. This is without even needing to pay attention to the additional pressure the traditional automotive industry is coming under as giants like Uber pledge to move to a 100% EV fleet by 2030.

Projecting the EV market’s state forward to 2030, the IEA estimates the total number of EVs on the road will dwarf today’s current levels, even without sustainable development policies put in place by governments. And with the upcoming Biden presidency and its incoming environmental policies, the upper estimates are likely to be a safe bet, even if Biden doesn’t make it past the first half of the decade. Once the trend towards EV vehicles and increased demand for battery metals is established, it will be hard to undo.

The underlying message here is that demand for batteries and battery metals is going to take off in a way we have not seen before. As renewables become increasingly important in the energy mix, the storage requirements will far outstrip that of the billions of batteries needed for mobile devices. A single charge on a 100kWh Tesla Model S is enough to power an average mobile for the next few decades… longer if you don’t deplete your phone battery entirely every day.

Once these sorts of storage requirements are expanded out to the power grid—which will have to power homes and businesses, and be robust enough to charge the batteries in Teslas and every other EV—it would be an understatement to say a battery metal boom is impending.

And, of course, all of these batteries are going to need metals. Lithium, cobalt, and graphite—amongst others—are all essential and in increasingly hot demand. And even while battery energy density is improving at a rate of 5-6% per year, the estimated CAGR of ~15% for rechargeable li-ion battery packs far outstrips the efficiency improvements being realized.

What is also of importance here is that the improvements in energy density are not without an upper limit. While we can improve battery metal refinement, chemistry, and manufacturing processes, we can’t escape the fact that there are upper limits on what any given material can do.

At the moment, Tesla’s Gigafactory is estimated to be producing batteries at a gravimetric energy density of 260 Wh/kg. The performance limit here, with industry-standard cathode thickness, is estimated to be 400 Wh/kg. And, if the seemingly impossible is achieved, and we can manufacture batteries with zero inactive components, the fundamental limit is ~470 Wh/kg.

At current efficiency improvement rates, these limits on battery metals and chemistry could easily be hit within the decade, shifting the entirety of growth-demand away from research and innovation, and on to battery metals.

Will the battery boom be just another rare earth bust?

Some of you may remember the rare earth hype early last decade. Many investors poured money in, many projects were started, but few still remain. Of those that have survived, very few were started during the buzz years; most were established earlier. Naturally, some investors may be wary of yet another mineral resources boom. We’ve been here, done that, and we all saw how it played out, right?

But the growth in battery metals is fundamentally different from that in rare earth metals. In fact, despite all of the hype that came about, demand for rare earth minerals wasn’t really growing at any sort of notable rate. What was driving the apparent demand was an artificial shortage—and a small one at that—which was easily filled by a handful of new projects.

On the other hand, batteries and battery metals are now in genuine growth. This growth is only going to continue to accelerate over the years to come. So when Tesla says it sees a shortage of battery metals coming, it’s not because there’s a temporary supply-side shortfall that only needs a few additional projects. It’s because demand is increasing at such a rate that new projects will be needed for years to come.

Who are the top junior miners with battery metals projects?

As its name suggests, American Lithium is engaged in the acquisition, exploration, and development of… yep. Lithium projects. The company has a focus on the Nevada region, with its flagship prospecting site being the Tonopah Lithium Claims project in Nevada.

Leaving little to the imagination once again, Namibia Critical Metals holds a diverse portfolio of mineral projects in the country of Namibia. Featured amongst its numerous projects across the country is the Kunene project; a cobalt-copper site.

Canada Carbon is focused on a number of Quebec-based graphite properties. The company is expecting to sell about 1,500 metric tons of high-purity thermally treated graphite annually.

Located in the prolific mining region of Timmins, alongside giants like Newmont, Canada Nickel Company is advancing its 100 percent owned Crawford nickel-cobalt sulfide discovery. It has large-scale potential and is located in the Timmins mining camp, adjacent to major infrastructure.

Another Canadian junior with prospecting projects in the Timmins region, Rockridge Resources is a diversified junior miner focused on the acquisition, exploration, and development of sites across a variety of mineral resources. Its battery metals interest, however, is out at its Saskatchewan site, the Knife Lake Project. Last year, Rockridge completed the first work program at the site in the last ~20 years, with highlight results including 2.03% Cu, 9.88 g/t Ag, 0.19 g/t Au, 0.36% Zn, and 0.01% Co (2.42% CuEq) over 37.6m beginning at 11.2m of depth.

PrevPrevious postBut how much vaccine did Canada actually order?!
Next postWeekend energy outlook: will crude oil price hit $50?Next