5G will revolutionize VR and everything else… apparently

5G pundits and lobbyists want us to believe that 5G technology is going to be some sort of quantum leap that will revolutionize the technology landscape. But many 5G claims lack merit and empty promises will inevitably be broken. But that doesn’t mean VR and AR have no future. Quite the opposite. However, the key is to look closer to home and see where the real traction is already taking place. 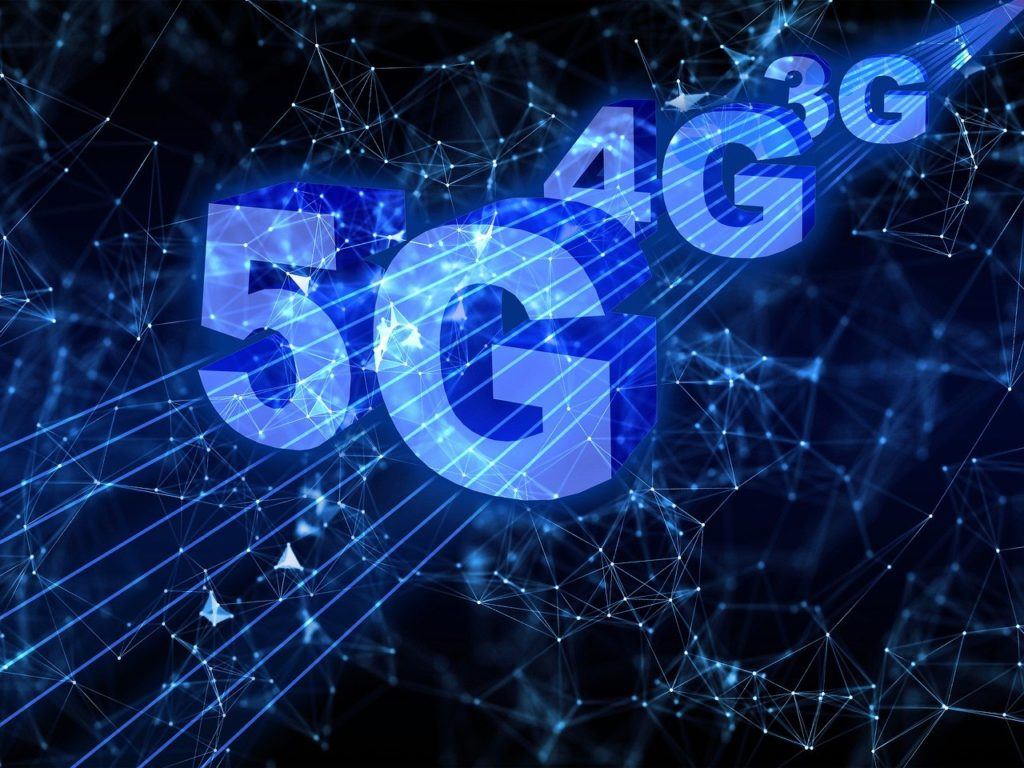 If you’ve been practicing social distancing correctly and maintained a minimum of 6ft of distance with others, then all of your recent conversations have been degraded by at least 5.33 milliseconds of latency. And if you’re reading this on a 60 fps screen, then you currently have to suffer through an intolerable 16ms of delay between each and every frame. But worry not! You need not tolerate such miserable performance for much longer. 5G is here, and it’s promising to deliver more-real than real-time latencies that are going to rock technologies right to the core in every domain from Augmented and Virtual Reality (AR/VR) through to robotic surgery.

If you’ve followed the news cycle in Virtual Reality, IoT, or just about anything else ‘connected,’ you’re no doubt familiar with the earth-shattering speeds that 5G is supposed to deliver. Key amongst these speedups is the lower latency of 5G. Without having to deal with the pesky delays that existing networks are currently prone to, suddenly a whole new world of remote-yet-real-time opportunities emerge.

In particular, this is being heralded as a boon for the evolution of fields like Virtual Reality and remote robotic surgery. Many reports have been emerging over the last couple of years where 5G is now empowering surgeons to connect with machines thousands of miles away, with nothing more than a 2ms delay; approximately the same amount of time it takes to hear sound emanating from a source 2ft away from your ear.

Moreover, this 2ms delay being reported is, presumably, the ‘there and back again’ time—the Round Trip Time (RTT)—and not the one-way time. Other reliable sources indicate that the latency of 5G networks is lower. Thales Aerospace claims that the latency of 5G is closer to 1ms, delivering a 200x increase over 4G’s 200ms latency. And, as a company that employs a lot of engineers, I guess they would know…

While most 5G pundits won’t openly defy the laws of physics, they still like to do it in roundabout ways

Let’s get one thing straight. Any time you hear thousands of miles and 2ms latency being thrown around in the same sentence, Einstein would like you to turn on your BS detector. Even if, theoretically, 5G is a relatively big step up over 4G, it’s not so special that it can break long-standing, fundamental laws of physics.

You see, Einstein and the thousands of physicists who followed in his wake would like us to believe that nothing can travel faster than the speed of light. And while light is reasonably fast, it’s only going to travel a paltry 186 miles in a millisecond. It’s also worth noting that fiber optic cables slow light down by 31%. (5G is short range—we necessarily have to fall back to fiber.) So let’s just forget about claims that surgeons are performing surgery at a latency of 2ms from thousands of miles away.

And while we’re on the subject of hogwash, let’s not pretend that 4G suffers from 200ms latency. Using any 4G device, pinging the opposite side of the world takes about this much time. And that’s for the ‘ping’ to get there and back. Essentially what Thales and others are doing when making these sorts of disproportional claims is playing with digital apples and oranges. Such claims about 5G’s advantage over 4G are only possible when comparing a worst possible case scenario to a theoretical best-case scenario.

Don’t hold your breath for a revolution: real-world performance will be nothing but a minor upgrade

Unless downloading hundreds of megabytes of data in a second is important to your dream 5G application (and again, this is a theoretical best case), there’s hardly anything revolutionary going on here. Even in the AR and VR pipe dreams, where processing is offloaded into the cloud so that rendered experiences can be streamed back to miniaturized devices, current 4G data rates—which are quite capable of streaming 4k video—are adequate.

And as for latency, there’s more to the story than 5G alone. You see, 5G networks can only ever form the last mile of any given connection. After that, it’s back to glass fibers and cables, and all the routers and switches that bring it all together. And you know what all this does? Adds latency. No data just magically finds its way from one place on the internet to another. Instead, it travels through a series of data centers and other switching points, and each of these further delays the signal. And let’s not forget firewalls, network address translation, and all the other moving parts along the way that each pile more latency on top. None of this goes away with 5G.

Ultimately, in the best-case scenario, 5G will shave a small fraction off current 4G LTE round trip times. And while any improvement is better than nothing, it’s hardly the quantum leap that some parties have been claiming. Rather, it’s just another incremental upgrade to an already functional technology.

So all the AR/VR buzz is for nothing?

Does all this mean that 5G isn’t going to revolutionize VR as many pundits would have us believe? Well, no. As with any upgrade, new capabilities will be unlocked. However, we’re kidding ourselves if we believe that—aside from some highly specialized edge cases—5G is going to reshape the VR landscape; all of the fantastical 5G use cases futurists are envisioning are already possible with existing 4G technologies.

So rather than getting caught up in the overhyped promises of 5G lobbyists and other interested parties, we’d be well served by turning our attention to the technologies that people will actually need and use. Even if 5G does happen to deliver on its overinflated promises, what advantages is it really going to bring?

With VR being one of the most hyped-up 5G applications, let us not forget that most of us already carry enough processing power in our pockets to power most VR and AR applications. Aside from high-end video gaming and extremely data-intensive tasks, how much use will we even have for it? Besides, rendering on our mobile devices can actually deliver the sort of latency figures 5G proponents are dreaming about. This already limits the scope of what will benefit from the 5G wonderland significantly.

If 5G isn’t worth getting excited about, then what is? Augmented and Virtual Reality?

Instead of dreaming about tech claims that are only ever going to materialize if we learn to manipulate the fundamental forces of gravity, we should be seeing that the future of VR and AR is already here. And it lies in the more mundane use cases. Use cases that businesses and individuals are already discovering and implementing every single day. Simple Head-Up-Displays showing basic information about an environment or a machine; digital catalogs displaying a retailer’s products in 3D; or simple childhood learning games.

These are the sorts of real-world applications that companies like XRApplied are already gaining real traction with. It’s unlikely anyone’s going to be wanting to whip our their VR headset for a spot of Half Life: Alyx in ultra-high definition as they wait for their coffee at Starbucks, so we should look to the real needs of real businesses and people. It’s time to stop seeing VR and AR through the lens of futurists and lobbyists with an agenda, and to start seeing it as the truly useful tool that it already is.

(Featured image by ADMC via Pixabay)

PrevPrevious postWeekend Energy Outlook: Trump may be on his way out, but Oil seems likely to hold strong
Next postWill Biden really block TransCanada’s Keystone XL pipeline in first week?Next