Besides being vital for our daily sustenance, agriculture is a giant and often underestimated contributor to our economy. Yet, despite this, it doesn’t get quite the attention it deserves. Fortunately, there are a handful tech startups and event organizers around the world are paying attention to this important sector, driving innovation, and edging us closer to the next big agricultural revolution. 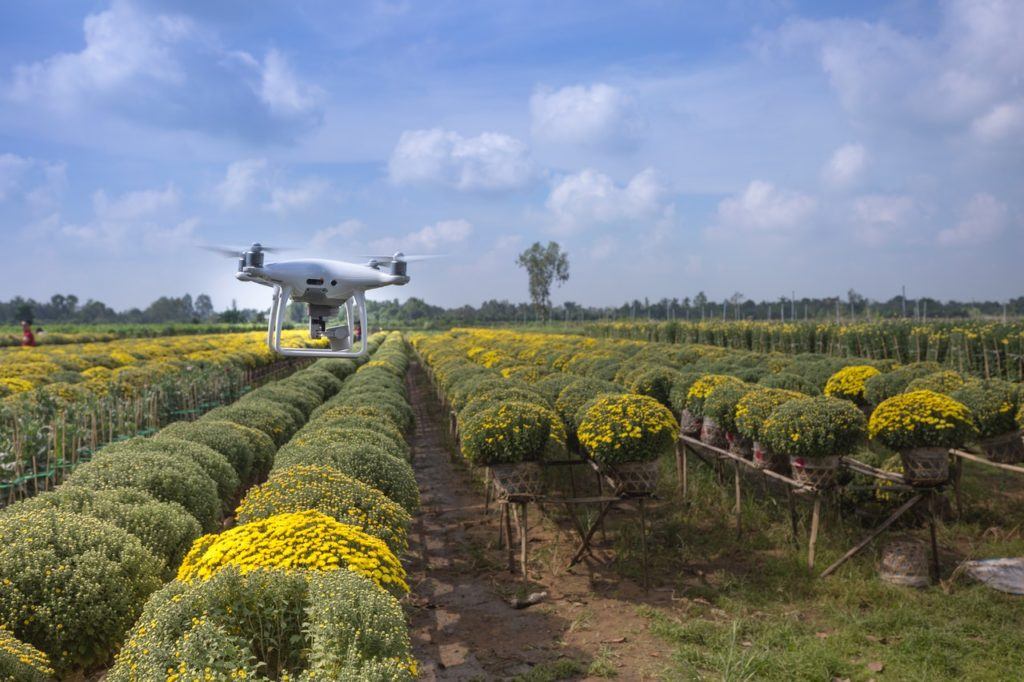 Despite its sheer size and significance, agriculture and AgTech doesn’t attract a whole lot of attention. Yes, it does have the ability to capture a segment of the public’s attention for its quaint image—farmers’ markets and the ways of yesteryear are the immediate associations. And perhaps most of us tacitly acknowledge the vital role it plays in sustaining the world’s populations. But, when it comes to its importance as a contributor to economic activity and as an epicenter of technical innovation, it largely goes ignored.

Isn’t mining the powerhouse of our economy?

When asked to name significant contributors to the Canadian economy, mining often ranks at the top of the list for many people. And, if the state of our stock exchanges and the constant flow of news is anything to go by, you’d be forgiven for believing this, too. Even going a little deeper than the sheer volume of listings on public exchanges can still lend this impression. Some of the statistics bandied around come off as being particularly impressive at first glance. If the Mining Association of Canada is to be believed, in 2018, ‘mining’ contributed $97 billion to the economy, or 5% of GDP.

But this figure is somewhat disingenuous as it includes not just mining activities and mining services, but also every industry which handles the outputs of the mining industry proper. Secondary and tertiary products like tin cans and electric cables are, apparently, mining. It is, effectively, the equivalent of claiming that the agricultural sector includes food manufacturing and processing, textiles, beer, whiskey, and every other downstream industry dependent on farm-produced outputs. But we all know that’s not how it works.

Mining is still a big contributor to our economy, but agriculture is much bigger

To be fair, the mining industry is still a significant contributor to the national economy. But its actual direct contributions— by way of mining activities and mining services—are really only somewhere in the range of $30-40 billion a year. And while there’s nothing insignificant about that figure, it pales in comparison to agriculture. In 2017, agriculture directly contributed $175 billion, of which $65 billion was in exports with another $110 billion in domestic sales.

And this figure is only expected to continue growing as populations expand and the demands placed on agriculture correspondingly rise. The Agri-Food Table, for example, is targeting an almost 30% increase in agricultural sales by Canadian producers from 2017 to 2025.

Given that only 7% of Canadian land can be farmed, the options for expanding agricultural outputs are somewhat limited. Combine this with the inevitable tapering off in crop yield increases attainable through improvements in crop and chemical engineering, and increasing agricultural output begins looking like a lofty goal.

However, the rapid evolution of new technologies that might, at first, seem at odds with farming, are driving us ever closer to another agricultural revolution. Now advancements in fields like Artificial Intelligence (AI) and big data are giving rise to a new type of agriculture called precision agriculture, which is almost exactly what its name implies: responding to intra-field variability with increasingly detailed resolutions.

The Green Revolution was the last big advancement in the agricultural sphere. This revolution included such things as genetic and chemical engineering innovations to create higher-yielding crops and the chemicals needed to raise them. However, this approach is still somewhat of a one size fits all sledgehammer approach.

Whereas in days gone by a farmer was required to have intimate knowledge of every square foot of their fields in order to maximize yields, powerful chemical fertilizers, pesticides, and engineered seeds allowed us to beat the land into submission. In fact, the green revolution did so much to advance agricultural yields that even unfertile, unfarmable land was suddenly viable with the assistance of not much more than a crop sprayer.

But the power of the new crops and chemicals diminished the importance of knowing the land intimately in all but a few practices, like high-end viticulture where the concept of ‘terroir’ retained its importance.

How technology can help increase crop yields through precision agriculture

Traditionally, the word ‘terroir’ is a somewhat opaque one that has about as much to do with art as it does with science. However, even with its grounding in subjective evaluations of grape quality, its practitioners point to objectively measurable things. Things like the variation in soil composition and drainage, sunlight, elevation, and countless other variables that all play a role in the growth and ripening of grapes.

This is the key concept behind precision agriculture; that variations within a field manifest as variations in the crop. And this manifests not only as variations in taste, but also in yields and other objective qualities like protein and fat content. Thus, by collecting in-field geo-referenced data, a farmer can then optimally manage every square foot of their field to optimize crop yields and quality.

In theory, precision agriculture can be as simple as a hand-drawn map with notes and observations on it: “west side close to a creek, SW corner +2m elevation over NW corner… regulate irrigation for water table differences…” But this approach is, at best, prone to human error and involves a whole lot of guesswork.

This is where technology steps in. By collecting the measurements of calibrated scientific instruments along with accurate GPS data, farmers are able to get highly detailed and accurate insights into the variations in a field. Then, by utilizing this data when it comes time to plant, spray, irrigate or perform any other activity in the field, adjustments to quantity, concentrations, and other variables can all be made to tailor the management of every square foot of land.

One example of this sort of technology is the Grain-Q developed by TecnoCientifica which delivers real-time georeferenced crop monitoring at harvest time. By measuring objective qualities like moisture and protein content of crops like corn, soybeans, and wheat as it is harvested, then crossreferencing this data with precise location data, farmers are able to precisely map variations in their fields.

Besides increasing crop yields, quality and ROI are up

Beyond increasing yields and quality, precision agriculture technology like the Grain-Q ultimately reduce the cost of managing land (e.g. enabling more judicious use of costly sprays) and—via real-time sorting—the collection of price premiums for higher quality parcels. Already, these sorts of techniques are translating to real-world data with farmers increasing ROI by as much as $54 per acre just through the precision use of nitrogen fertilizers.

However, despite the immense benefits to both farmers and society as a whole, relatively little attention seems to be given to this sector. While mining is at a stage where Canadian companies are ready to set up dedicated mining incubation centers, for example, very little investment from the tech world is making its way into AgTech startups.

Are rural startup ecosystems the future of agriculture innovation?

While the world of agricultural tech innovation might remain relatively obscure, that does not mean it is entirely without its champions. One forward-thinking organization doing its part to push this field along is the Startup Supercup being held in Sarlat-la-Canéda, France. Just announced in the last week, AgTech is to be a key focus of the event, seeing companies and startups like TecnoCientifica presenting innovations that will form the backbone of the next big agricultural revolution.

This will be an important event for AgTech startups, investors, and other stakeholders. Besides its ideal location in a small city surrounded by farming lands, it will become a hub of investment and networking activity further supported by keynote presentations from industry leaders like Gustavo Caneda of TecnoCientifica discussing the future of tech and agriculture. No doubt, it will be a fascinating field to keep an eye on as new ideas and innovations continue to emerge in this field.

(Featured Image by Quang via Pexels)

PrevPrevious postDebt vs equity financing in startup funding
Next postBitcoin has Musk worried: what about value storage in digital gold or silver cryptocurrency?Next