Air Canada: Do you want the good news or the bad news first?

Air Canada's stocks have taken a severe COVID-19 beating, which was only further reinforced by Canada's harsh travel restrictions. For bargain hunters, this downtrodden stock might be looking like an attractive proposition now, but don’t go rushing in before weighing up all the risks. There’s been a bit of activity in the news this week, with multiple items affecting the airline's future. 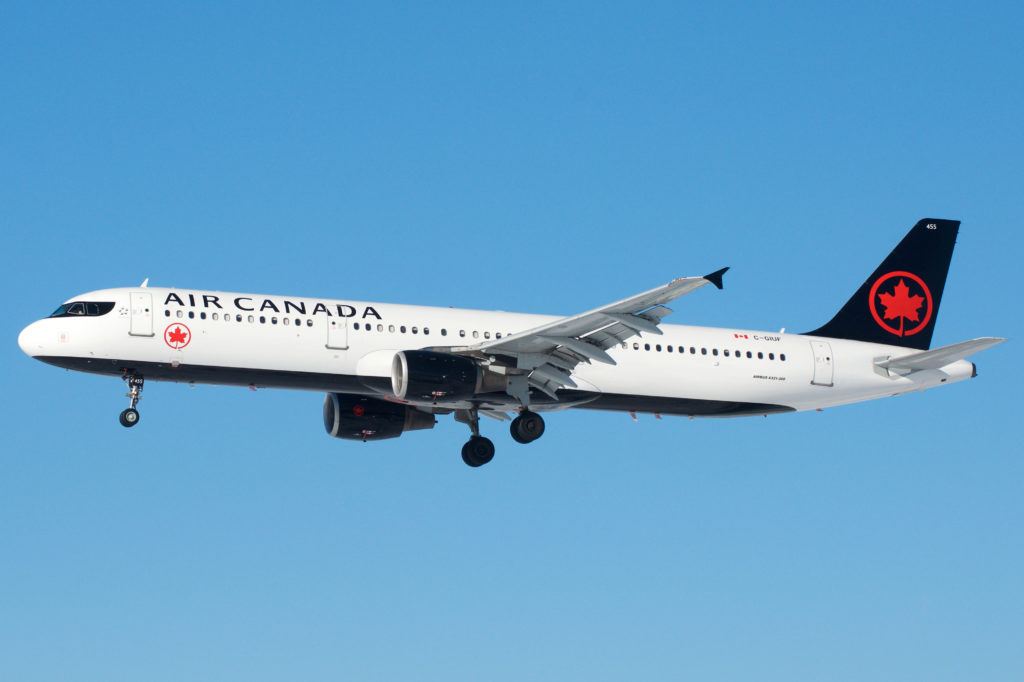 Air Canada (TSX: AC) stocks have certainly been on a wild ride over the last few years. After a decade of solid growth culminated in its inclusion in last year’s TSX30, it saw the previous three years’ worth of gains wiped out in one swift COVID-19 blow.

The crisis has been particularly severe given Canada’s harsh restrictions on air travel, which are often cited as some of the toughest in the world. Calin Rovinescu, Air Canada’s CEO, has said that Canada’s restrictions amount to “one of the most severe aviation lockdown regimes in the world.”

Although Air Canada has put itself in a position to weather at least another year’s worth of shuttered borders and travel restrictions, it still finds itself sitting in a precarious position.

Staying aloft much longer than a year, however, could prove to be a real stretch, even if it did manage to raise an additional $5.5 billion through a combination of debt, financing, and new equity offerings earlier this year.

With an estimated cash burn of up to $1.6 billion being forecast for the current quarter, and after already having burned through $2.47 billion worth of cash in the first half of this year, it’s quickly running towards an uncomfortable liquidity position. This billions-per-quarter cash burn leaves Air Canada in an extremely vulnerable position should the global health crisis nose dive once more.

There is also the possibility that Air Canada’s cash burn could end up higher than current estimates, as an extension to travel restrictions was just announced yesterday. This has the potential to push Air Canada’s cash burn above forecasts as, according to Air Canada’s Q2 results announcement, “a modestly improving demand environment” was built into the estimate.

The newly lengthened travel restrictions that will affect international travel have been extended until at least October 31, with no indication given as to whether further extensions will be considered.

This extension will now begin eating into any uptick in travel that may have been expected for the period leading into the holiday season. If it is extended further, it will completely wipe-out any hope for a holiday revenue bump.

Is there any hope?

There is still hope for Air Canada and, so long as the health crisis evolution falls along the line of the more moderate forecasts, there’s no reason to not expect Air Canada to survive and make a strong comeback. While its current cash burn is problematic in the long-term, Air Canada does have enough of a liquidity buffer to survive, even if there is slower than expected vaccine discovery, testing, and eventual approval.

This week, a coalition of two pilots’ unions and Unifor appealed to the government to provide financial assistance to the nation’s airlines. The $7 billion proposal does not seek government hand-outs and, instead, is asking for low-interest rate loans delivered in a ten-year credit plan. According to the unions, the request is made in line with the actions taken by other countries in attempting to sustain their airlines throughout the crisis.

Such a package would certainly add to Air Canada’s durability. Extending its ability to survive a severe worsening of the COVID-19 pandemic, however, would do little to save its share price from tumbling further.

At the moment, it appears that expectations of COVID’s evolution currently built into Air Canada’s share price are in line with a middle-of-the-road recovery following the current trajectory of the virus and not a worst-case scenario. But more on that later.

Also announced this week, Air Canada is finalizing an order for 25,000 ID NOW COVID-19 rapid response test kits. The kits, which return results in as little as five minutes, were only approved by Health Canada on Wednesday this week.

“Understanding that we will need to live alongside this virus for the short- to medium-term, we have been pursuing relationships and a layered approach as a way to keep our employees and our customers safe,” said Dr. Jim Chung, Air Canada’s Chief Medical Officer. But more than just keeping their staff and customers safe, the rollout of rapid COVID-19 testing across the airlines’s network is hoped to “enable governments to relax current blanket travel restrictions and quarantines in a measured way while still safeguarding the health and safety of the public,” according to Chung.

Should the rollout be successful, and if governments are prepared to get behind Air Canada’s rapid testing approach to relaxing travel restrictions, a marked improvement in Air Canada’s passenger numbers should be expected.

So what to do with Air Canada stocks now?

The decreasing volatility could be a sign that investors are currently on hold, with the company’s share price now hovering somewhere between where it should be in the worst- and best-case scenarios.

But a large move is definitely on the cards now. With the spate of mixed news this week, and a relatively symmetrical continuation pattern on the daily chart, buying or holding Air Canada stocks at this time is a risky move that could either take off or crash spectacularly. For the moment, it’s touch and go.

PrevPrevious postCannabis 2.0: 1 year on, can the cannabuzz live up to the hype?
Next postThe US election highlights dilemma for Canadian energy companies and investorsNext