The mecca of startups and venture capital, San Francisco’s Bay Area is seeing its dominance wane as it loses VC deal share ground. And while this might seem like another Covid story of remote working and the urban exodusing, it’s a trend that’s been evolving for some time. The takeaway for VCs and startups alike: nontraditional startup hubs are becoming increasingly important deal-making venues. 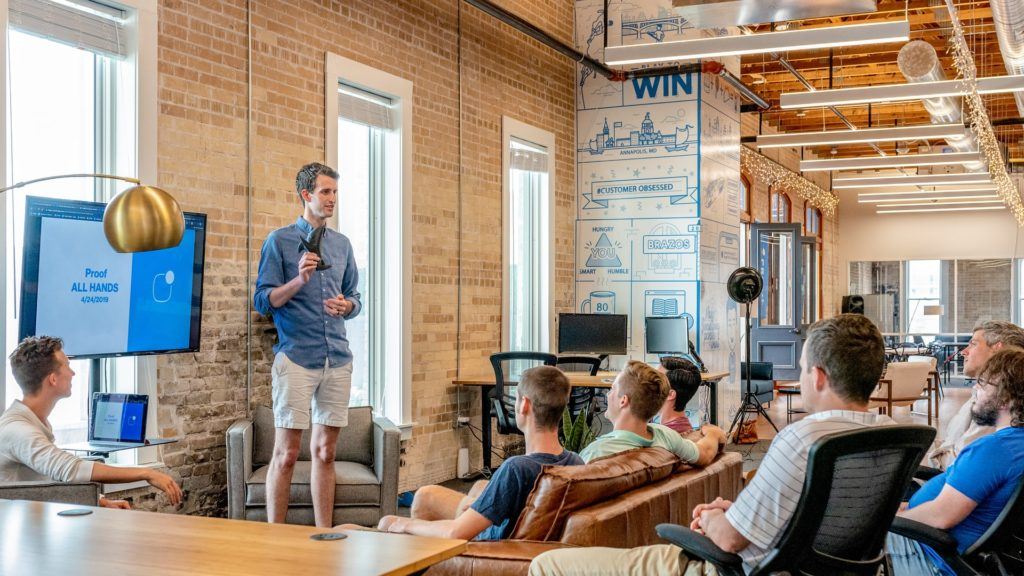 Like Bonnie and Clyde, some things belong together so naturally that the pairing enters into the great collective consciousness. Think about it. From culinary pairings like salt and pepper, or Peanut butter and jelly, right through to whimsical imaginings like Tweedle Dee and Tweedle Dumb, there’s no shortage of things that were just meant to belong with one another. And this is the way it looked for many years for another seemingly inevitable pairing: Bay Area startups and Venture Capital (VC) funds.

But these days it seems like the high-affinity bonding between the two is becoming as tenuous as the poetic quality of the pairing when said out loud. (Bay Area startups and venture capital funds doesn’t quite roll off the tongue as gin and tonic does.) Now, this former epicenter of innovation and tech investment is coming under threat, with the Morningstar subsidiary Pitchbook predicting that Bay Area startups will feature in less than 20% of this year’s deal count.

After a year of COVID-19 flooding the news cycle, it would be an entirely forgivable act of presumptuousness to recite “Coronavirus, remote working, urban exodus, duh!” as though it was the only logical explanation. After all, even obscure data points like U-Haul transaction data confirm that a flight from investment and innovation epicenters like San Fran’s Bay Area is underway. In 2019, for example, more one-way U-Haul rentals were arriving in San Francisco than were leaving. In 2020, 58% of that one-way traffic was departures.

However, wielding the media zeitgeist as some sort of explanatory beating stick for everything that crosses our radar is to miss the broader story here. While 2021 may well be the first year that the Bay Area’s share of VC deals dips below 20%—and would represent the single most significant year-on-year decline—the Bay Area startup universe’s waning dominance has been an ongoing trend for the better part of the last decade now. As with many things, like gaming and esports rising into the mainstream, or virtual conferencing taking off, COVID-19 only exacerbated that which was already underway.

Once seen as ‘tourists,’ nontraditional sources of capital (corporate ventures, hedge funds, family offices, etc.) were but a blip on the startup deal landscape just a decade ago. Yet, in another sign of the startup landscape’s shifting sands, nontraditional sources venture funds are playing an increasingly important role. Again, this has been an ongoing trend for some time now, but it is only in more recent times that a reputation as a dominant force is replacing the ‘tourist’ moniker. The same Pitchbook report estimates that a total of 1,600 deals with early- and late-stage startups were led (or entirely completed) by nontraditional VC funds in 2020.

Driving this trend is an increasing awareness of the missed opportunities that many tech IPOs represent. With startups being increasingly encouraged to remain in the private equity market for longer periods of time, large swathes of potential growth are already off the table when it comes time to list.

This is seeing, for example, numerous large hedge funds establishing venture capital as an important pillar of investment strategy. Notable amongst this new pool of venture capital are Tiger Global and Coatue Management. Since 2018, these two funds alone have led or entirely financed over seventy venture capital deals.

While the expected deal share of Bay Area VCs and startups is tanking, this doesn’t take away from the fact that the area is still the dominant force when it comes to total VC fund capital. In Q3 2020, Bay Area VC funds raised $24 billion, accounting for 44% of all funds raised by US-based funds for the quarter.

Explaining this, it is likely that much of the more conservative, institutional money is sticking to what it knows best. As hedge funds and other nontraditional large pools of liquidity become an increasingly dominant force, it is perhaps not all that surprising that deal dollars are still gravitating towards the Bay Area, even as it sees its deal count fall.

The rise of nontraditional startup hubs is yet another ongoing trend that has been taking place over the last decade. And while much of this activity has been focused around urban centers such as Vancouver, Toronto, and Montreal, there has been a lot happening in less obvious locations. In fact, clusters of high startup density away from major cities see places like Waterloo—home to over 1,100 startups—becoming increasingly important centers of investment and innovation.

A great part of the mechanism driving this—aside from the urban exodus and whathaveyou—are successful startup entrepreneurs-cum-VCs. This group is made up of people like Dominique Einhorn—a serial startup founder who got his start in the early days of the dotcom boom—who are founding startup incubators and accelerators in the most unlikely of places. Einhorn’s UNIQORN incubator and accelerator, located in rural France, is one such case in point. Implanted into a medieval town that was previously surrounded by more castles than computers, the venture is now attracting startups to an area that was once only known as a tourist destination.

While none of these trends went entirely unaffected by the global health crisis, none of them are anything new. A greater number of startups and investors alike have been increasingly establishing themselves away from traditional tech centers for some time now while the more conservative big money has continued to gravitate towards what it knows best—mega-deals in known entities—ensuring the center of startup capital is still in the Bay Area.

But, for investors and startups that don’t necessarily need the liquidity of the mega-deal landscape that’s coming to dominate the Bay Area VC scene, alternative locations are now equally—if not more—viable locations for VC deal-making. This is seeing events like the Startup Supercup—again, located in rural France—becoming increasingly important venues for startup and investor networking and deal-making.