Until the last 100 or so years, currency has largely been precious metal-backed and inherently stable. But that all changed in the last century, as a series of reforms led us down the slippery slope of free-floating fiat currencies backed by nothing but blind faith. So how did we get here, and is there anything we can do about it? Turns out there is, and the answer may just lie in crypto. 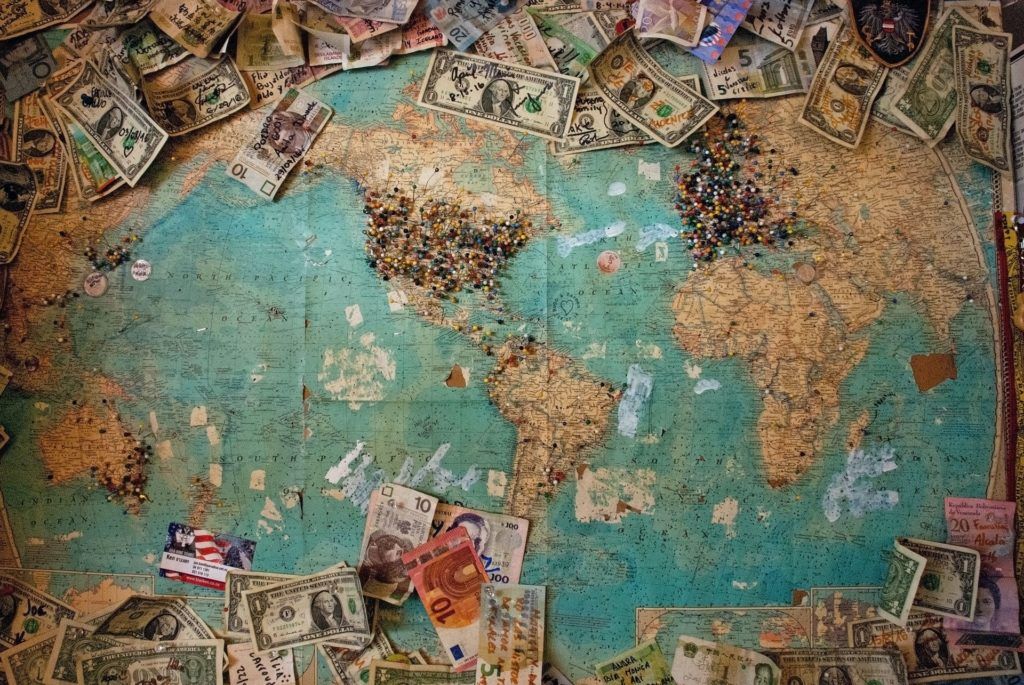 Once upon a time, currency was simple. You could feel it. You could weigh it. And you could store it, secure in the knowledge that its value would remain relatively stable over time. Emerging as a proxy for barter it was, fundamentally, just another good of a tangible value. Some currencies even took their names from this simple underlying fact. The Pound Sterling (GBP), for example, took its name in Anglo-Saxon England because it was the literal equivalent to 240 sterling silver coins—precisely one pound of silver.

Minting or backing currencies with precious metals remained the standard throughout most of time, even as they were replaced or redenominated. When the Pound Sterling was redenominated in the early 1700s, the ‘master of the mint,’ Sir Isaac Newton himself, defined the Pound’s value as £4.25 per fine ounce of gold.

The U.S. Dollar: once backed by metal, it was the answer to runaway inflation

The emergence of the U.S. dollar was initially an answer to the runaway inflation of an early continent-wide currency experiment—the unbacked American ‘Continental’ currency. Unlike the Continental—which could be printed in unlimited quantities and only retained value so long as people remained confident in its utility as a means of exchange—the U.S. dollar went on to prove itself as a long-lived and stable currency due in no small part to its backing in precious metals.

But the good ol’ days weren’t to last, and the last century has seen huge disruptions to a currency system that had, in its essence, spanned multiple millennia and continents. This all started with the abandonment of the gold standard in the midst of the great depression.

Understandably, confidence in the banking system was severely undermined. By 1933, bank runs were frequent The general distrust of banking spilled over into currency, and gold coin hoarding became increasingly widespread, leading to governments the world over abandoning the gold standard.

A temporary measure sets the currency debasement wheels in motion

Abandonment of the gold standard was only intended as a temporary measure designed to address severe deflation and restore confidence in the banking system. But it put in place the groundwork for some of what was to come. Notably, the Emergency Banking Act of 1933 established the separation of the American presidency from the federal reserve, foreshadowing the split control over monetary and fiscal policy that we see today.

Of course, the early 1900s was a turbulent time and just as the Great Depression was coming to an end, another world war was getting underway. The world was in a state of disarray.

With the war over and a desperate need to come together and rebuild, optimism about a brighter future was high. A coalition of world leaders brought into existence what we know as the Bretton Woods system. The hope was to put an end to competitive currency devaluation, making the world a much more cooperative place.

Unfortunately, the idea that the whole world would just get along and gladly peg their currencies to the dollar whilst leaving it to the Americans to manage the requisite gold reserves was perhaps a little too utopian. By the mid-to-late-60s, increasing European and Japanese economic prosperity, dwindling U.S. fractional gold reserves, a war in Vietnam, and a few difficulties with balance of payments eventually saw the whole thing come tumbling down. More than a handful of currencies—including the mighty U.S. dollar—were left to float freely with the market’s whims and wishes. Governments won the right to print whatever they wanted, and a world of fiat currencies was born.

Just another lever for the government to pull

The common thread woven throughout the history of our modern monetary system is one of nation-states using currency as yet another lever to pull in their management of domestic affairs and the constant jostling for international supremacy.

This is a dangerous game that can quickly uncouple the value of a currency from the day-to-day economic realities on the ground. The numerous currency shocks we’ve witnessed in the 20th Century speak volumes on this. One example stands out in particular: the constant rise in the price of gold.

As both a tangible and historical store of value, in real terms, any given unit of gold should be roughly equivalent in value at any two given points in time. Of course, any given item’s value is liable to fluctuations driven by changing demand and other such market forces, but it should tend towards an equilibrium.

A rough proxy for the truth of this lies in the strong correlation between the prices of commodities like oil and gold. Save for mass shocks to the equilibrium of things—such as the COVID-19 pandemic which saw a massive glut of oil in desperate need of liquidation—the value of gold does not typically deviate too much from that of other commodities.

In other words, the rising price of gold in terms of units of currency—without a corresponding rise in terms of units of a commodity—points back to the declining value of the dollar. Of course, we talk about such things with hushed, euphemistic language like ‘target inflation rate’ and ‘consumer price index’ but, if we call a spade a spade, it all translates back to devaluing the dollar. There’s no coincidence that two of the biggest spikes in gold price in recent times have occurred in parallel with the Fed expanding its balance sheet by unprecedented amounts during the 2008 financial crisis and, more recently, in response to the pandemic.

Increasingly, finance professionals and investors are debating the merits of Bitcoin vs gold with the sort of reverence that would have seen them laughed at just years ago. But crypto currency is now looking like it’s here to stay. Their proponents are adamant that they’re a viable alternative to traditional currencies and increasingly bigger firms are jumping on board and accepting payments in them.

This latter point is, for many, one of the most appealing facets of crypto currency, leading many to become convinced that they can have their cake and eat it too. As an increasingly liquid asset that provides an escape hatch to government-controlled dollars and cents, its appeal is evident—gold and silver aren’t exactly easy to spend.

But there is a common fallacy here: believing that an escape from traditional currency is necessarily an alternative to gold or silver. After all, serious investors are having serious debates about Bitcoin vs gold when, in reality, it’s no different to the modern dollar—completely unbacked by anything of value. Even so-called ‘stablecoin’ alternatives are, generally, only pegged to—rather than backed by—their underlying asset.

There is one way out: LODE’s AUX and AGX coins

It would seem that all we’re left with is a hopeless choice. The illiquidity of precious metals, or the instability of both traditional and cryptocurrencies. But there are some alternatives emerging that are blending the best of both worlds, as is the case with LODE’s innovative gold- and silver-backed AGX and AUX coins.

The concept behind them harkens back to the days of yore: put gold and silver in a vault and mint coins that are backed by it. But the implementation is thoroughly modern: the coins are minted on the blockchain.

When it comes time to exchange the coins, holders have two options: redeeming them for their equivalent value in gold or silver—thus guaranteeing their value—or by spending them at participating retailers. To support this, LODE has launched its accompanying LODEpay payments app. Functioning exactly the same as any other modern payment technology, LODEpay ensures seamless transactions at participating retailers for all of its coin holders, ushering in a new era of freedom and stability in currency.

PrevPrevious postAfrican ambition in the startup world
Next postAfter a year of virtual conferences, will in-person events make a comeback?Next