One market doing unexpectedly well in 2020 despite the ravages of COVID-19 is the demand for medicinal mushrooms, especially certain adaptogen species like reishi, lion’s mane or chaga. This demand is spurred by consumers seeking ways to deal with stress or to support their mental fitness, like those offered by canadian company Rritual whose mixes rely on these potent natural ingredients. 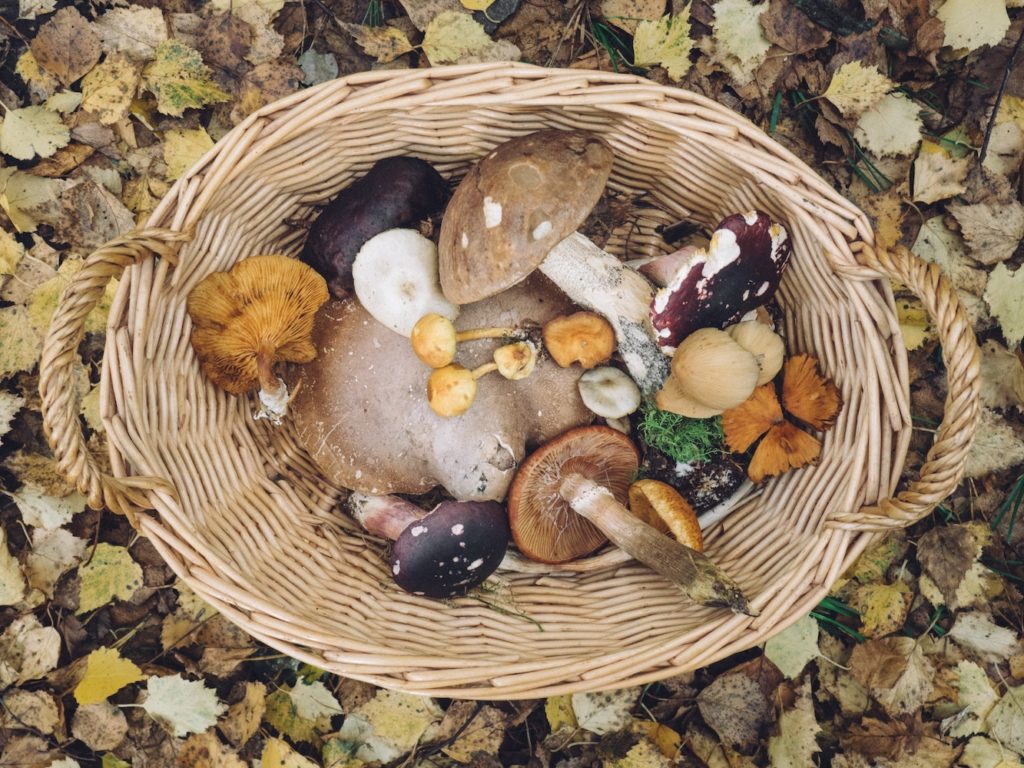 It’s pretty rare to hear about a market booming right now. Between the COVID-19 pandemic and its far reaching consequences on consumer behaviour and dwindling investor confidence, the markets have been beareish at best. But there are some exceptions, notably in the health and wellness sectors, as consumers’ fears turn them to nutritious supplements to bolster their immune systems and improve their lifestyle. Rritual, a canadian company, is making inroads in this timely sector with their line of adaptogen products focused on functional mushrooms.

It is these mushrooms which we are turning our attention to today. With demand cropping up in unexpected sectors, they are experiencing a surge in demand and consumption. In order to understand this trend, we will take a closer look at the market; what is driving demand, what are the possible benefits, and what kind of products are driving sales.

Which mushrooms are we talking about exactly?

Not all mushrooms have been doing well in the epidemic or the economic downturn it has brought about.  In the United states for example several companies have been facing numerous difficulties, impacting supply across the continent. Initial difficulties came from falling demand as restaurants closed, causing massive oversupply. Then with the rushed re-openings many US states saw spikes in covid cases, including several notable clusters in mushroom ‘farms’ whose confined indoor quarters make for ideal spreading grounds. Unfortunately even an occurrence in canadian farms.

Yet these farms and others like them are mostly concentrated on the already robust demand for comestible mushrooms. Mostly the white buttons or ‘champignon de paris’ we have grown accustomed to seeing in abundance on our supermarket shelves. There is a very different market for much rarer and more specific mushrooms which is faring far better at the moment.

These fungi from around the world are renowned since ancient times for their medicinal purposes, and are now gaining recognition for their adaptogenic properties. These mushrooms act as stabilizers on the human body, helping us adapt to various stressors, hence their name. They may be ancient in origin, but they are relative newcomers on the modern market. Still predominantly anchored in Asia, global demand is rising, and its fastest growth is occurring in North America.

Their names may or may not be familiar to you yet, but you should learn them to pay attention to their commodity prices: chaga, cordyceps, lion’s mane, reishi, shiitake or turkey tail. Though there are even more depending on who you ask, because the science surrounding their benefits is still advancing.

Why are people interested in these mushrooms all of a sudden?

While nutritionists have been touting the protein rich and calorie light side of many a flavorful fungus for decades, these new arrivals are being sought out for different reasons entirely. As we mentioned earlier, these ‘adaptogens’ offer unique healthy methods of combating common modern ailments, from sleeping disorders, to stress overloads and even bolstering immunity. As a result the adaptogen market as a whole is booming, and the functional mushroom segment in particular.

Let’s take reishi for example, which might be the mushroom seeing the fastest growing demand. One market research report puts it at over 80% growth a year from 2016. Famous in Chinese and east asian traditions, this immunity boosting adaptogen is only likely to draw more attention and sales this year as customers seek to reinforce their immune system in this apocalyptic version of the flu season.

These adaptogens are seizing on a modern trend of supplementing scientific ‘targeted’ medicine, with personalized holistic ‘functional’ medicine. While the jury is still out on the reliability of such treatments, the market is moving forward regardless. They appeal to a certain segment of the population keen to have control over their own health and body, and wary of artificiality or impersonality of the modern medical system. Instead they turn to alternatives, and adaptogen mushrooms offer a particularly compelling one as they have been used for centuries in traditional medicine around the world.

What does taking advantage of this trend look like?

In the earliest days of the adaptogen ‘craze’ the thing to do was to sprinkle some onto a smoothie and sell it at sky high prices. Despite the hype, this totally worked and some companies have moved on to become major players in the health food field. But these products rely on novelty and occasional use at exorbitant prices, an unsustainable model for a solidifying market.

Instead companies are turning towards ways to help customers include the products in their daily routine. Not only does this lead to consistent consumption and purchase, but it also gives the adaptogens themselves a far better chance of positively affecting the user. Within this trend in the functional mushroom space there are few actors. The biggest is probably the Finnish company FourSigmatic which sells pre-brewed coffee style products, while Canadian newcomer Rritual is trying a more refined approach.

Rritual is a start-up style innovator with big goals. Their products are straightforward mixes of functional mushrooms whose adaptogenic properties are complemented by other ingredients designed to help balance flavor and mood. Unlike their competitors, these are designed to be mixed into the customer’s own morning beverage of choice, to help them face the day ahead.

This shows both a clever hybridization of the best of their competitors’ models and truths about their audiences. By letting the customer adapt the dosage to their own routine, Rritual allows them to adapt it to their own taste, making them more likely to routinely include their product. Yet their model also touches on something fundamental about their buyers, a desire to control their own body and path; a defining value of functional medicine.

More than just a trend

While the adaptogen craze was labeled by many at first as a ‘mere’ trend, the latest market research shows the surge in demand has not abated. This is evidence of the strength of the market, and the quality of life the products bring. These will come as no surprise to the cultures who have used them for thousands of years, but might to markets oversaturated with temporary health fads. Indeed, adaptogens are here to stay, already they have become a staple of the health conscious and worldly consumer.
Rritual shows ambition in reimagining adaptogen mushrooms as a source of daily comfort for a wide audience. An addition to the tea or coffee ‘ritual’ of millions who wish to better prepare themselves for the day to come to deal with stress, or strive for mental fitness. Someday they may become a household name, but that will depend on how well they navigate the coming adaptogen boom. A process made easier by their companion app which tracks all the latest news from the adaptogen and functional mushroom field.