It’s been a wild ride for OverActive Media. First dipping a toe into esports via a $1.5 million investment just under three-years ago, it recently announced a US$500 million commitment to an esports venue in Toronto. But is now the time to be investing in new, physical venues dedicated to activities that belong online, or is it the time to be watching online platforms like FORMATION.gg? 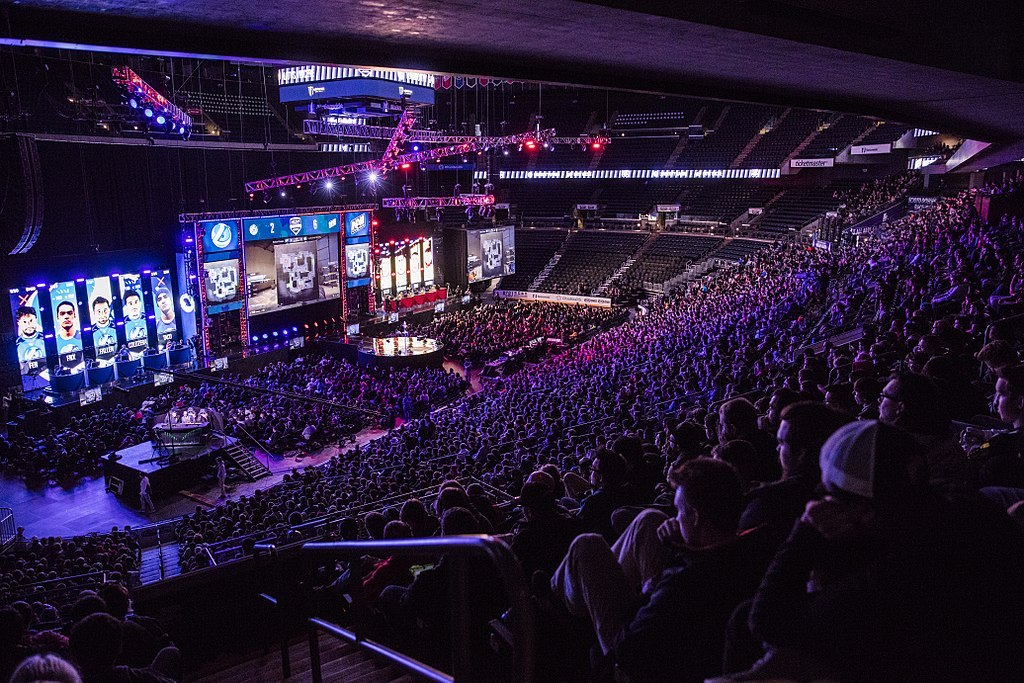 If you’ve so much as blinked in the last couple of years, you may well have missed the phenomenal growth taking place in the esports industry. With viewership numbers set to soar well and truly past the half-a-billion mark this year, esports is already overtaking traditional crowd-pulling powerhouses like baseball. And there’s still no sign that the growth in esports is stopping any time soon. With unrelenting growth predicted right through to at least the end of this decade, there are multiple sources making predictions that esports will go so far as to overtake soccer as the world’s most popular sport.

That’s a big journey for a once-marginalized hobby that was widely frowned upon as an unproductive, antisocial blemish on modern society. And it’s certainly taken a lot of early movers along for some pretty wild rides with it. Canada’s own OverActive Media—which started its life as a blockchain fund named The Ledger Group—first emerged from an initial foray into esports via a US$1.5 million investment into Splyce (ahead of a full takeover by November of that same year). Now, less than three years later, it’s going about as all-in on esports as it can, announcing the construction of a 7000 seat, US$500 million dedicated esports stadium in Toronto.

Esports has a history of filling arenas: does it warrant one of its own?

The power of esports to draw in big numbers has already been proven. Stadiums like Wembley, Staples Center and even the Seoul (soccer) World Cup stadium have seen huge success as hosts to esports tournaments. Even in the first half of the last decade, these stadiums were hosting events where tens of thousands of esports fans would turn out.

However, none of these arena’s are dedicated to esports. The esports events held in them, as big as they are, are just another booking in a year-round roster of other concerts and conferences that pad out the downtime between rounds of soccer and basketball. With that said, the growth in esports is undeniable, suggesting the question is more a matter of when will—rather than if—building dedicated esports arenas is a good idea.

How big is the OverActive esports arena going to be?

While esports has a proven history as a crowd-pulling arena event, OverActive’s commitment to a dedicated arena might be seen as a bit of a gamble. While it won’t be the first dedicated esports arena to be built, it will be right up amongst the biggest of them; at this time, only Chongqing Zhongxian Esports Stadium in Southwest China matches OverActive’s scale. China is already the biggest esports market in the world, and it has already seen esports surpass traditional live sports viewership by quite a considerable margin. Official PRC State Council data from a year ago pegged the numbers at 560 million and 213 million respectively.

Thus, OverActive’s move may look particularly bold to some whilst esports is still, arguably, in its somewhat nascent state. This may be particularly so following in light of the massive shift to online streaming that occurred throughout the COVID-19 crisis, and the rapid adoption of VR technology. With increasing acceptance of online experiences already underway, and the technology to deliver them in increasingly immersive, larger-than-life formats like Virtual Reality (VR), it’s hard to say how much mileage a new stadium can expect to get. Especially when it specializes in something like esports which is, at its very core, built to live online.

Are online platforms the way of the future?

With screens the size of entire buildings, professional lighting, and concert-like production, esports arena events have the power to create powerful images for the sport. However, despite their visual scale, even the biggest arena events would only register as a faint blip on the esports radar. The real action is happening in online platforms, and it was already heading that way well before COVID-19 struck.

As early as 2014, Amazon had acquired Twitch for close to a billion U.S. Dollars in cash, back when it only had a little over 3 million Monthly Active Users on its platform. Now, the platform is seeing over 140 million MAUs and annual revenues of approximately US$1.5 billion. However, while the platform is used to stream esports events, much of its activity is more general interest gaming-related than it is esports-focused. It is, in many ways, equivalent to watching David Beckham casually kicking a ball around with some friends whilst talking about his latest business ventures (which, coincidentally, include esports)… it is content of great interest to fans, but hardly what you’d classify as sports.

While streaming platforms like Twitch have formed into a quasi-center of the gaming universe, they lack any functionality to do anything but stream the action from esports tournaments. When it comes to actually organizing, promoting, and running esports teams and events, however, streaming platforms just can’t cut it.

This gap in the market is now seeing a number of promising new startups build out dedicated platforms in a race to fill the expanding cracks in the organized esports domain. One of the most attention-grabbing amongst them is the David Beckham-backed Guild esports. The venture, which listed on the London Stock Exchange late last year, is notable for its immediate ties with traditional sports, recruiting a well-known soccer player as its company’s public figure. It is also notable that, despite its figurehead’s career spent in stadiums and in-person team-training sessions, a centrepiece of the Guild business is its online platform.

While the positioning of a soccer star alongside an esports platform might look odd at first, it may well just prove to be the winning combination needed to elevate competing platforms to the fore. Kids started trading in sticks and stones for video games long ago and, as a pastime, gaming has gone truly mainstream. Yet, the organized sports side of it has not quite caught up with the enormous latent potential here. And, given that many traditional sports have fan bases in the hundreds of millions (if not billions), bringing these fans into the esports fold may just give the competitive video gaming industry the critical mass it needs.

This is certainly the approach being taken by FORMATION.gg, another emerging esports tournament platform headed down this path. However, in contrast to the megastar strategy of Guild—which may not pay off owing to just how off-brand esports may be to Beckham’s image—FORMATION.gg is taking a more grassroots approach. Instead of paying megastars to do its bidding, FORMATION.gg’s approach is to attract amateur sports clubs and their supporters to the platform.

What role do amateur sports clubs have to play in the growth of esports?

According to Blue Star, one of FORMATION.gg’s early investors, the launch of an esports platform built for amateur sports will create “revenue and sponsorship generating opportunities and increased exposure.” And while it’s still early days (the platform only just launched in late January) and hard to see exactly how this will work, it is not too hard to imagine the potential paths this could take.

It could be, for example, that by bringing sponsors onto the platform, FORMATION.gg is able to enable sports clubs to create tournaments for friends and family that are ‘sponsored’ by another company. In this model, perhaps the sponsor would put up the prize money for the tournament, and the sports club would keep whatever entry fees it collected, minus FORMATION.gg’s service charge.

Like this, sports clubs would be motivated to drive their players and their friends and families to the platform. And, presumably, being competitive-minded people (as most sports players are), the local club’s esports tournaments would become highly anticipated tie overs between the physical matches. It has certainly already seen some early success in its Fortnite tournaments promoted by the Sarlat Rugby Team.

But, regardless of how FORMATION.gg goes about monetizing its platform, these sorts of esports initiatives are what we should be watching. If the lessons of Twitch taught us anything, it’s that self-promoting online platforms for gaming amateurs can be multi-billion-dollar businesses. And with the growing interest in esports, platforms that cater to this interest are investments with much higher potential ROIs than arenas with huge up-front costs and ongoing overheads at a time when everything is accelerating towards a life online.

(Featured Image by SteelSeries (CC BY 2.0) via Wikimedia Commons)