Investors expected the U.S. Federal Reserve to commit to a more dovish stance than it did in yesterday’s statement. Markets reacted negatively and, amongst those hardest hit, some gold stocks plunged by up to 10%. But it’s not the end for gold, with the Fed likely remaining as neutral as possible as it waits for the outcome of the stimulus package turmoil currently playing out in U.S. politics. 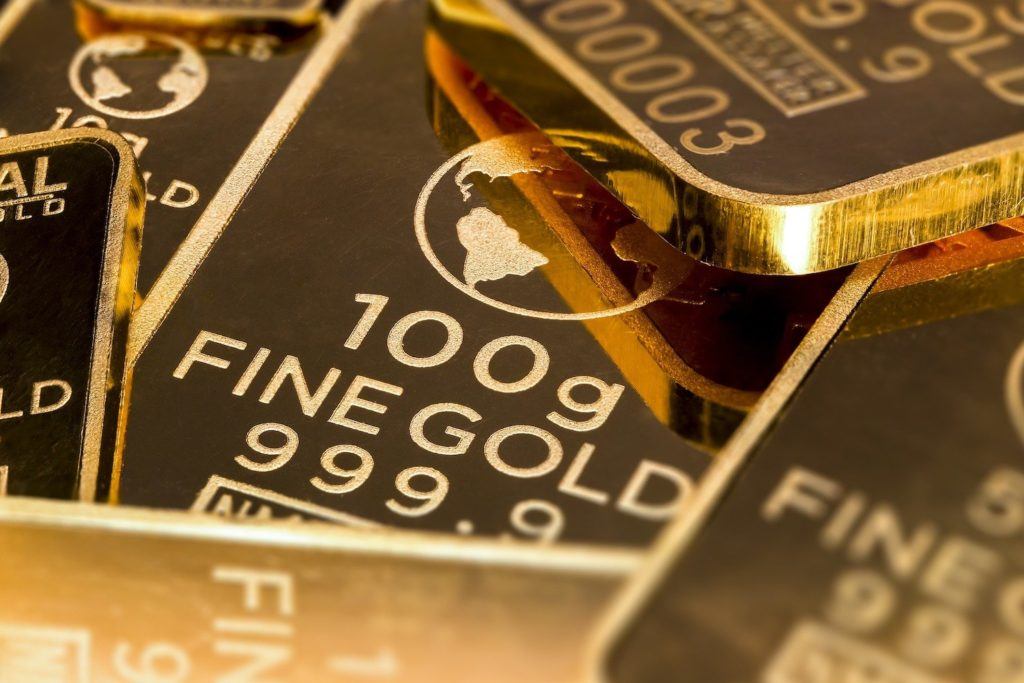 The U.S. Federal Reserve has announced that it will likely keep interest rates pegged below 0.25% until at least 2023. In normal times, such a dovish outlook would probably have the effect of sending gold prices right up. Of course, this was not the case.

Within hours of the Fed releasing its statement, the price of gold had fallen by over 1%. According to Jim O’Sullivan, TD Securities’ chief US macro strategist, the Fed’s policy was not in line with traders’ expectations. He said that the announcement was “modestly less dovish than we anticipated.”

Aside from the statement of intention concerning interest rates, the stance expressed was wishy-washy and non-committal. Although the Fed said it’s committed “to using its full range of tools to support the U.S. economy in this challenging time,” there was no further commitment. All that was revealed was a statement that it will be “assessing the appropriate stance of monetary policy” and continuing “to monitor the implications of incoming information for the economic outlook.”

The Fed makes itself felt in Canada: gold stocks take a dive

While the announcement made itself felt across the markets, gold stocks featured heavily amongst those who were hit the hardest. The S&P/TSX Global Gold Index was down by 7.30 points (-1.87%) at the close of trade, with many gold stocks suffering much bigger blows.

Does this signal the end of gold’s bull run?

It’s unlikely that gold’s record-breaking bull run is anywhere near its completion. While gold briefly plunged as low as US$1930/ounce, down approximately US$28 from the day’s open at US$1958, it has since rebounded nicely and held on in overnight trade. With traders once again refusing to let the price dip below US$1930/ounce, it is becoming apparent that current prices are strongly supported.

What is also likely is that what we saw yesterday was a round of profit-taking, where investors expecting a more dovish announcement cashed in rather than holding onto an asset that’s remained mostly range-bound for the last month. When gold is likely to break out again is hard to predict. It’s probable that investors are mirroring the Fed’s actions for the moment and stalling ahead of further certainty over the current situation.

Election, stimulus package: The Fed holds out for political certainty

The Fed’s relatively neutral stance is likely a result of current political uncertainty in the country. With two dramatically opposed presidential contenders and uncertainty over the next stimulus package, the Fed looks to be waiting for stability before committing to any further changes in its monetary policy.

A critical piece of the puzzle will be the stimulus package. As it currently stands, there’s no certainty about when, or even if a new economic relief bill will be passed. Nor is there any certainty with respect to the total amount of stimulus the Treasury will be injecting if a bill is eventually passed.

Whatever the political outcome, expect a more dovish Fed by the end of the year

Right now, inflation is running persistently low, sitting beneath the Fed’s long-term target of 2%. Further to this, it has recently announced that it will be changing to an average-over-time measure of inflation, meaning that the Fed’s reactions with respect to monetary policy will now be delayed. Effectively, even if inflation were to spike overnight, the Fed would remain committed to an expansionary policy as it waited for the long-term average to come up. This would occur quite sometime after the fact.

Further to this, unemployment is still over 8%, despite a better than expected improvement in last month’s numbers. Unfortunately, dramatic improvements are not likely to be seen for some time, with U.S. initial jobless claims beginning to level out at 400% above pre-COVID levels.

Chances are, even an optimistic US$2 trillion stimulus bill, as unveiled by a bipartisan group of 50 house members this week, will still leave a gaping hole that the Fed is going to have to step up and fill.

What should gold investors make of all this?

With a high probability of the Fed committing to a more dovish policy before the end of the year, and with gold prices currently being held down as investors wait for more certainty, September is looking like a perfect gold buying opportunity.

There are plenty of options around, too, particularly in the junior mining space where companies like Rockridge Resources Ltd. (TSX.V: ROCK) have, so far, remained overlooked. This is despite Rockridge’s historic high-grade gold discoveries at the Raney Gold Project, and the attention that they’re starting to get from industry experts.

In the last week, Rockridge has appeared on Laurentian Bank’s mining stock watchlist, and Ellis Martin also gave a strong recommendation that it would be wise to buy this stock ahead of Rockridge releasing more news about its gold discoveries.

PrevPrevious postWhat’s hot in the markets this year? 2020 TSX30™ top performers announced
Next postSmall Canadian oil producers under pressure and COVID-19 is not their only problemNext