In a now-famous claim, Burton Malkiel asserted that monkeys randomly selecting stocks should perform just as well as professional fund managers. Since then, numerous studies seem to back up his hypothesis. However, most have overlooked the liquidity constraints large funds operate under. Retail investors, however, should pay attention: small-caps might be the key to market-beating performance. 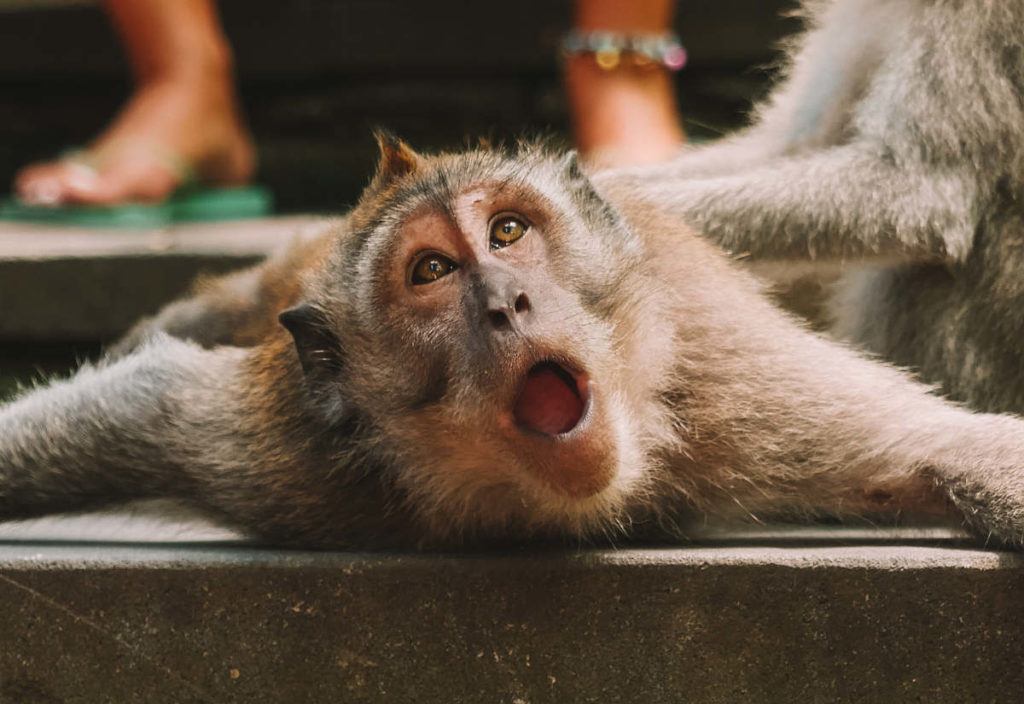 In 1973, Princeton University professor Burton Malkiel famously claimed that “A blindfolded monkey throwing darts at a newspaper’s financial pages could select a portfolio that would do just as well as one carefully selected by experts.” The assertion was based on the idea that, owing to the human nature of markets (i.e. completely irrational), future market movements cannot be predicted using historical data. According to the claim, even the most seasoned fund managers are, essentially, just making random stock selections, even if they avoid small-cap stocks and stick to the blue-chips for which a plethora of data and analysis are available.

As it would turn out, Malkiel’s claim has been proven, on more than one occasion, to be right. Since making the claim, numerous studies testing this monkey stock selection hypothesis have all found it to be true. In fact, one of the most recent even found that the “monkeys” (in this case, computer-based random portfolio generators) outperformed the markets.

What kind of monkey business is going on here?

The claim was initially laid out in Malkiel’s best-selling book, A Random Walk Down Wall Street. In the book, he also notes that “financial analysts in pin-striped suits do not like being compared to bare-assed apes. They retort that academics… couldn’t tell a bull from a bear, even in a china shop.”

And, intuitively, it would seem that the investment professionals should be right. How is it that those years of education and experience, studious fundamental analysis, and troves of market data all amount to worse-than-nothing? Surely it makes no sense that monkeys randomly selecting stocks are able to outperform trained fund managers and analysts.

However, given that concrete performance data shows that 92% of fund managers fail to even beat their underlying benchmark indices, perhaps we do have to defer to the monkeys for a moment. Given that their market-beating performance well and truly thrusts them into the upper echelons of the world’s investing elite, maybe we have a few lessons to learn from them.

What do blue-chips and illiquid small-cap stocks have in common? Monkeys love them equally

When your only job is to pick stocks randomly, there’s nothing to stop you from picking the most illiquid small-cap stock there is. It doesn’t matter if it’s a penny stock with an annual volume in the thousands; you don’t need to get in and out of the position.

Contrast this with a fund manager’s (admittedly first-world) problem. With a need to take out single positions that can easily outsize the market cap of a large percentage of listed companies, the pickings are slim. Not only must there be enough stock available to buy, but the manager needs to be able to ‘fly under the radar’ somewhat, in order to avoid jacking-up, and then crashing the price as they enter and exit their positions.

This cold hard fact means that, even if they wanted to, most fund managers worth listening to don’t even have the option of random stock selection available to them. Doing so would just be a guaranteed losing strategy—there’s simply not enough small-cap stocks to provide the requisite market size, even if capital was spread out across thousands of stock selections. To give some idea of the market capitalization gap that occurs between the top end of town and the small players, consider that Shopify (TSX: SHOP), with a market cap of over $150 billion, is worth over three times the combined market capitalization of the TSX Venture Exchange (currently $45 billion).

Monkeys profit from the small-cap discount

With reduced liquidity and more ‘expectations of failure,’ small-cap stocks generally trade at a healthy discount compared to their large-cap cousins when using the underlying business value vs. market capitalization as the discount metric. What this does, however, is leave a much higher upside potential than it does on the downside.

The way this plays out across a portfolio of small-cap stocks is that the winners more than make up for the losers. With astronomical growth being delivered by stocks in sectors like tech and junior mining, holding a broad portfolio of small-caps can—even with the handful of ‘misses’ that will inevitably find their ways into it—deliver market-beating performance.

Should you start monkeying around with small-cap stocks, too?

The biggest problem with taking the monkey hypothesis at face value is that it ignores the realities that fund managers must face in real-life. Selecting stocks for a paper trading game doesn’t take into account any other factors, such as the effect that fluctuating liquidity has on the price of a stock.

What this means for the retail investor, however, is that the chance to outperform the market and 92% of fund managers is right there on the table. When your stock purchases are worth thousands, rather than millions, there’s very few stocks that you won’t be able to get in and out of relatively cleanly.

But there’s another small point that has, so far, been overlooked. If the range of stock options available to large funds is the limiting factor in their performance—rather than market ‘randomness’ that Malkiel used in his hypothesis—then there’s no reason why astute retail investors shouldn’t be able to outperform everything but themselves. With no companies off the table, dabbling in judiciously chosen small-caps can payoff handsomely.

PrevPrevious postSuncor continues to sink sums into Syncrude oil sands, how soon will they be stuck in the quicksand?
Next postUp late looking for a stock to snack on? Try Alimentation Couche-TardNext