Tech industry bets on a travel comeback this year

Daily news of increasing COVID-19 infections makes international travel look like a distant, ill-advised dream. But there are signs that a turnaround could happen this year—the tech industry seems to think so. In the last week, an international tech event has released the first round of its confirmed attendees, while over $350 million in venture capital has poured into travel startups. 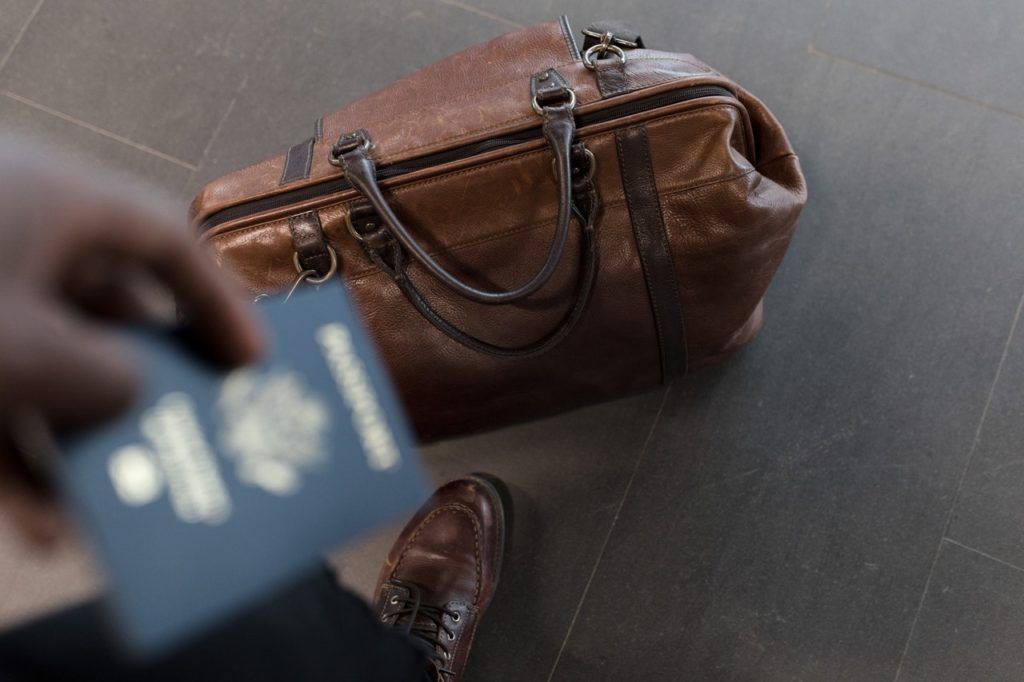 If the mainstream headlines are anything to go by, it would seem that international travel is but a distant memory. And when the forced closure of borders, businesses, and just about everything else around the globe is combined with the ready adoption of virtual office/conference technologies, it would seem that the hit to the travel industry is not just limited to tourism. Business travel, it would seem, is facing a very grim future. But, looking beyond the doom and gloom headlines of airlines with unfathomable overhead costs hurtling towards the end of their cash runways, there are signs of optimism beginning to sprout.

While COVID-19 was particularly brutal for the travel, tourism, and airline industry, it was much kinder with the tech world. The likes of Shopify (TSX: SHOP) saw their prices catapulted into the stratosphere, with Shopify more than doubling its price last year as the whole world moved its daily life online.

Even travel-based tech companies were spared the full brunt of the crisis when compared to others. Tripadvisor (NASDAQ: TRIP), as one case in point, managed to just avoid seeing its share price halve. This was at a time when airlines like Air Canada (TSX: AC) saw its investors playing chicken with the depths of liquidity, with the nosedive selloffs only halting once prices were nearing a mere 25% of pre-Covid levels.

After profiting handsomely in the last year, tech startups, incubators, accelerators, and VCs are leading an anticipated market recovery

Unsurprisingly, given the overall resilience of the tech industry throughout the pandemic, it is once again tech that’s leading the charge and anticipating a resurgence in travel. In just the last week, over $350 million in fresh Venture Capital (VC) investments in travel startups have been announced, with TripActions—a business travel management and booking tool—announcing the closure of a $155 million raise at the end of last week, and Klook—a travel activities platform—closing a $200 million Series E round just yesterday.

But it is not just speculative funds making multi-year bets that are revealing of the tech industry’s returning optimism for international travel. Already we’re seeing the announcement of in-person international tech conferences, with the UNIQORN led Startup Supercup announcing an early confirmed attendees list at the same time that TripActions was tying up its most recent funding round. And this is no local list either; the confirmed list includes startups, speakers, and investors from multiple corners of the globe.

While travel tech startups were certainly less heavily impacted by COVID-19 than some of their more-traditional counterparts, the reality is that none were completely spared. In the case of Klook, despite quickly pivoting it’s ‘travel activities’ angle towards a ‘staycation’ one for booking local activities, it still saw millions of orders disappear during the early months of the pandemic. On the TripActions side, it all but saw its market—corporate travel booking in overseas destinations—completely dry up.

But, despite the heavy blows these two companies have suffered, these startups, along with their new backers, seem to have found renewed confidence in travel. This sentiment is particularly strong on the TripActions side, with the company of the belief that, even if the recovery isn’t immediate (TripActions estimates a return to 75% of pre-COVID levels of travel this year), the aftermath of COVID-19 may result in an even stronger travel market as populations and workforces shift away from centralized locations and become increasingly dispersed.

With countless conferences and expos already scheduled to be held virtually this year, it would seem that hope and optimism about a return to in-person events are thin on the ground. And, despite vaccine rollouts being broadly underway (if a little slow-moving in some countries), these now-virtual conferences are not limited to those scheduled for the next month or two. Right up until the end of this year, there is a full roster of conferences that have confirmed the cancellation of in-person events, only to be replaced by virtual conferences.

Yet, despite tech being the force that has enabled conferences to go virtual, there are signs emerging that some tech companies are more optimistic about a return to travel taking place. The organizers behind the Startup Supercup are so confident, in fact, that they’ve seemingly committed to an all-or-nothing approach. With no plans in place to transition to a virtual event should the Coronavirus continue limiting our freedom of movement, the organizers have declared that it will be a physical event, with funds to be refunded in the case of cancellations.

Are these tech companies jumping the gun?

The tech industry—especially the startup world—lives and dies by its ability to act on changing behaviors and attitudes before the rest of the world is even aware that change is happening. Thus, with its culture of calculated risk-taking on future-bets, putting money on a return to our prior ways of international movements is well within the scope of its expected behavior.

The reality is that with vaccine rollouts well underway, it is likely only a matter of months, rather than a-year-or-so until widespread easing of travel restrictions accelerates. Unfortunately, after the better part of a year of non-stop Covid headlines, we’ve become moderately pessimistic about the future, even in the face of seemingly good news. But, if the handful of tech companies that are now seeing brighter days ahead are right, it seems like now is the time to begin anticipating an imminent return to international travel.

(Featured Image by Nappy via Pexels)