With all this uncertainty out of the US election, why haven’t the markets tanked?

Political uncertainty, particularly on such a dramatic and important question as the US presidential election, is often reflected in market volatility or downturn. But the past few days seem to be the exception that makes us question the rule: neither US presidential candidate has the required electors, but both have (more or less) declared victory. Yet the markets have held steady, or improved. 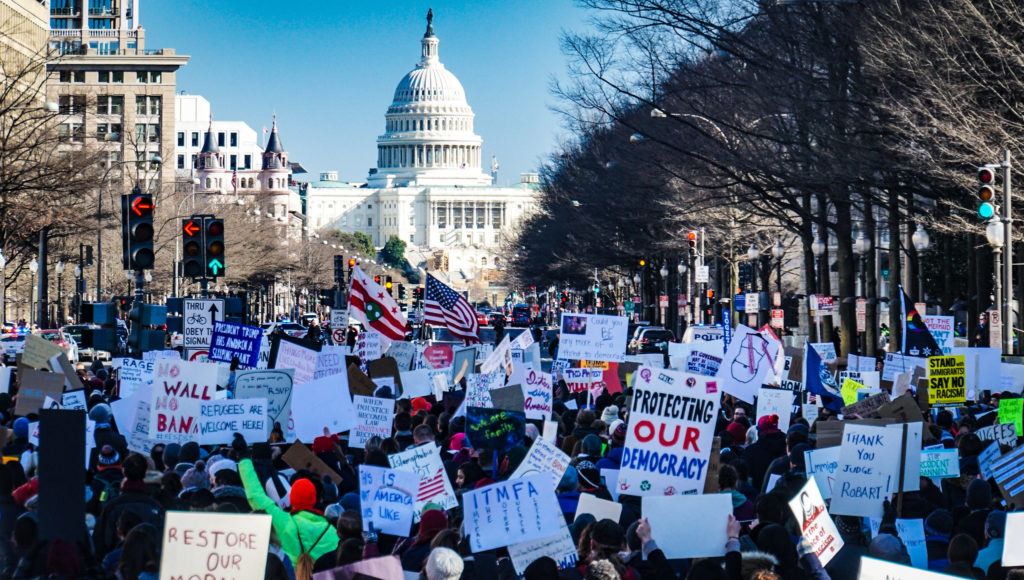 On timing alone, the market’s behavior in the last few weeks and days leading up to and following the US election, might not be so surprising. An upturn after the election is not uncommon. There is usually a period of uncertainty leading up to the election as markets try to predict, or brace for, certain outcomes. Then once a winner is declared, one way or another, some stocks start going up, and as certainty breeds confidence, the rest follow.

This year no clear winner has yet to emerge, except perhaps chaos. So why have the markets still risen? Let’s take a closer look.

What exactly has happened in the US election, or rather, failed to happen?

For the second time in living memory, the US election has not been settled within its usual 24 hours of media and electoral frenzy. Delayed by close contests, harder to count mail-in ballots, and of course, all the complications tied to the pandemic, two days after the fact the results are only barely favoring one candidate (Biden), while the other (Trump) has already declared victory. It is the very definition of electoral mayhem and chaos.

The uncertainty extends beyond the presidential election as well. The US Senate is unlikely to have a clear majority. The crucial tiebreaker vice-president may have to come into play as it seems the final seats will be coming out of the state of Georgia, which might take until January of next year to decide who wins in a run-off election.

No clear President (as of publication) and no clear control of the Senate (possibly until 2021). The very definition of uncertainty.

What about the markets during this US election?

In the weeks leading up to the election, US markets and, to an even lesser extent, Canadian ones, saw downwards pressure as uncertainty and volatility ate away at some sectors. Those likely to be hit hard by the second wave of COVID-19 first amongst them, while Canadian sectors like energy dipped with the possibility of an anti-oil Biden presidency. So far, reality fit the expected mold.

Then election day hit, and no winner emerged. Yet, somehow, the markets climbed anyways (even here in Canada!). This was despite analysts predictions that a delay and uncertainty surrounding the election would lead to negatively trending volatility. A trend which continued this morning, despite the lack of decision and the competing claims of victory from both camps. Claims which make legal (and potentially riotous) conflict over the results far more likely.

What possible reasons could there be for this seemingly paradoxical behavior, and what advantages might there be for savvy investors?

Hypothesis 1: Investors are assuming Biden has won the election.

The US election is certainly leaning (slightly) in favor of the opposition candidate, former Democratic Vice-President Joe Biden. Opportunistic investors may look at that lead and make the assumption of his victory, hoping to beat the markets and spend accordingly. This, of course, could lead to a chain reaction and a consequent market boost as if he had won.

There is some evidence for this possibility, though hardly enough to be conclusive. For one thing, cannabis stocks in Canada have jumped a little; a welcome breath of fresh air for the otherwise beleaguered sector. While this is potentially because of Biden’s perceived friendliness towards cannabis legalization, or his running mate’s, VP candidate Kamala Harris. It could also be be due to the legalization or decriminalization of the plant in three more states in the US during this election.

Hypothesis 2: Investors are assuming Trump will turn out victorious

The first candidate to declare victory was President Donald Trump, and historically speaking, losing re-election is rather rare. His support on the Supreme Court of the US and his early lead may have been sufficient to convince investors to spend as if he would win out in the end. Just like for Biden, this would provoke further spending as everyone sought to seize the day.

Again, there is some evidence for this theory in the patterns of stock movements. Notably, the behavior of energy stocks, where oil and gas companies saw a brief rally after a long rough period for fossil fuels. Trump is known to put carbon emissions aside when making energy policy decisions, and has repeatedly shown favor towards oil and gas. Rising oil and gas company stocks, especially for Canada, could be sign that investors expect the President to stay in office and continue his fossil fuel friendly policies.

Hypothesis 3: Investors are excited by a split US election.

One unanticipated outcome from the US election was a democratic presidency with a Republican controlled Senate. While Biden seems to be creeping ahead, his party has all but completely lost hope of gaining the upper hand in the Senate. This unexpected outcome is far from the super-majority they could have hoped for in the upper chamber. Yet it would mean that a Biden presidency has little hope to achieve his ambitious policies.

This would explain much of the evidence we are seeing. Stability is, after all, what markets crave the most. A divided government would mean the status quo continues, no big tax hikes, or restrictive tariffs, limited energy policy, and no more sudden Trump conflicts. If investors were watching carefully, this would be a scenario they are keen on. Their spending could reflect the optimism of stability combined with the strategy of division.

In fact, it seems to be the only explanation that unites both sides of the strange paradox.

How should investors react in Canada?

Canadian markets seem to be lagging behind the US counterpart, slower to try and get ahead of the electoral boost. This could be an excellent opportunity then, as the markets are only likely to get stronger as a clear picture of the victor emerges—a picture that seems most likely to include a divided government.

Energy companies are already benefiting and might gain even more; cannabis companies are an interesting, if outside, choice. Though both are already rising, investors may want to seek out areas that the two parties can compromise on: biotech and other advanced technologies may benefit, raw materials and construction may see a surge, and of course, if the US gets a second stimulus package out, the whole economy with gold in the lead may see a surge.

PrevPrevious postKeep an eye on your Netflix fees, Canada wants a piece of the pie!
Next postStock winners of the US election: Cannabis coming out on topNext